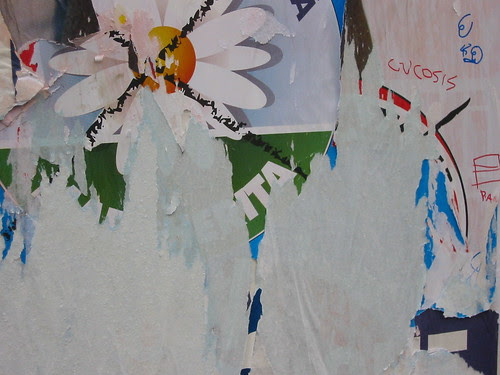 Isn’t the inclined
Self-moved mind
A rather cursory
Prospectus, consonant with
An elided sense
Of possibility, shrunk
To a walnut-
Sized mettle, churlish
And curl’d in
Against its own
Release, and hamper’d
by woody partitions?
Isn’t it wind
Impropitious wound invisibly
About the pole
Of its longing?
Shill allure of
The impact’d, the
Bundled, that meat
That blithers and
Bans? I like
That. Mind suppurating
And stanching, wellspring
Of the smote
Offal of flesh,
Stopper, gracile, of
Its own soft
Masonry’s leakage. How
Its will, rhythmical
Fleet number-skipper,
Linnet of baffle-
Grasses, morose tug
Of trepan-itch,
Sallies forth only
To get waylaid,
Detour’d out in
The whereto askant.
Here’s a story.
Jonathan Edwards, riding
A circuit nag
Around Massachusetts thinking
Himself a bag
Of filth, pinned
Slips of paper
To himself, each
To a part
Pre-delineated mnemonically to
Award removal with
Recall of whatever
Slant insight occasion’d
Its attachment. The
Fleet temporal body
Become a topology
Of memory. Edwards’s
Horse canters under
The bloat’d moon,
Bladder-big, urine-
Tint’d, and staining
The rumpled coverlet
Of snow, and
Edwards helplessly pins
Another paper square
Mid-riff approximate,
Alarm’d by proximity:
The mounting thicket
Of leafiness at
The leggèd fork.
The odd way
The physical world’s
Got of dodging
The heavenly fretwork,
Steering the mind
Out of its
Reliable districts with
Unappeasable larceny, with
Ladles spilling down
Globular red fire.
I like that.

The Jonathan Edwards story is out of Susan Howe’s Souls of the Labadie Tract wherein she spells it out simply:

As an idea occurred to him, he pinned a small piece of paper on his clothing, fixing in his mind an association between the location of the paper and the particular insight. On his return home, he unpinned each slip and wrote down its associated thought according to location.

I tend to write sentences in my brainbox whilst biking to work, or whilst walking the dog, and’ve found the limit of my memory’s about six or seven words—meaning I can manage three or four sentences if I stow only the “major” words of each. What amuses me about the brainbox though is less what a poor container it is, and more how uncontainable it is itself, veering off with spare conglomerating whim, conduit to naught will’d, all wild. Completely untraceable, bestial in its freedom. Hence the worrisome admonition of the preacher Mr. Edwards: “Extricate all questions from the least confusion by words or ambiguity of words so that the Ideas shall be left naked.” Idea uncontaminated by language, or its meaty conduit-system, those by-ways, “confusion by . . . ambiguity of words.” Howe quotes that line of Edwards, then seems to agree (or is she merely reiterating?): “Poetry is love for the felt fact stated in sharpest, most agile and detailed lyric terms. Words give clothing to hide our nakedness.” That “felt fact” akin to Edwards’s “naked” idea, nominalist hesitancy to descend to using mere words to sully an insight (Edwards’s blank slips). Materiality of language, that thing, gone to the dogs. Surely, elsewhere, Howe’s leaning is toward lingual obstreperousness, the words calling out. In “Personal Narrative,” originally a talk about finding “in Hope Atherton’s wandering story the authority of a prior life for my writing voice,” she writes (wandering the archival thickets) a fine synæsthesia: “Font-voices summon a reader into visible earshot.” (Too, in a line that, hard on the heels of reading Scroggins’s Zukofsky, connects Howe to Zukofsky—something heretofore unconsider’d—she talks of “ghosts wrapped in appreciative obituaries by committee members, or dedications presented at vanished community field meetings” and how such can be “reanimated by appropriation.” Suddenly, lines like “velc cello viable toil / quench conch uncannunc / drumm amonoosuck ythian” begin to resemble the Zukofsky of 80 Flowers or the Catullus.) That “agile” is essential in Howe’s line about what poetry is—poetry as motile force. Howe:

I believed in an American aesthetic of uncertainty that could represent beauty in syllables so scarce and rushed they would appear to expand though they lay half-smothered in local history. . . . I wanted jerky and tedious details to oratorically bloom and bear fruit as if they had been set at liberty or ransomed by angels.

Which lines—it occurs to me—echo those of another New Englander, Frank O’Hara, in “For Grace, After a Party”: “. . . in rooms full of / strangers my most tender feelings / writhe and / bear the fruit of screaming.” I like that.