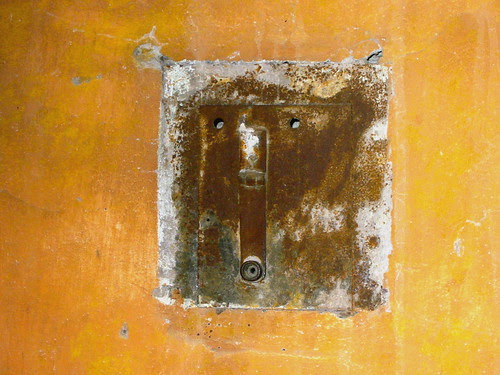 To trot out the usual
Dullard’s inventory of dross, implacable
In its neglect, gets, Pound
Says, the bump. To slap
Haphazard at the sharp scapular
Rump of an ordinary cow
Shooing it off the plow-
Turn’d row, gets a drubbing
Going, a mischief that’ll sparse
Out into the tobacco-cheek’d
Bonhomie to foul the feedlot
Drollery into collapse and fug.
Meaning, of course, the bump.
Running out into the slough’d-
Off peninsular meadows of devil’s
Paintbrush and other hairy-stalked
Monocots, that’ll get the bump.
We do it anyhow, criminal
Under the present conditional, lit
By repoint’d particulars, a commemorative
Plate flying out through a
Window, a cook’s handiwork, with
A toque like a dent’d
Cloud on a stem, or like
Cary Grant’s chin up-side-
Down, and the cutlet nouveau-
Something’d by the addition of
An asparagus stalk or two
Trailing right behind. Elegy truckles
With what withers, sowing alarm
Amongst horses and all we
Got’s big kid guffaws, improper
Turbulence, and a dusting of
Snow. Chomping at ‘bits,’ unchewable
Brash indices of the full
Nothing that cannot be slaked.
So one goads a particular
Up and out the door,
A lament for a singer,
Sonorous blue trailing off black,
A song akimbo, a ‘derelict
Slouch’ of a voice, delta
And calabash, gappy and precise.
Music roil’d out of river
Slurry and le vent, what
Suckles the teats of no
State: ‘on n’a pas trouvé
Quel rapport établir entre un
Nom et son objet.’

A piece riffing—begun in a funk of indecision, pawing the books, abaft with loss of focus—off, I see now (and admittedly, seeing, push’d it a little off that way), a few lines out of David Wheatley’s recent chapbook, Lament for Ali Farka Touré (Rack Press, 2008):

with the walk of a trader
after the fair, whistling

a tune whose name
means happiness

and slapping the rump
of the first donkey he passes.

Wheatley’s is one single longish piece, admirably avoiding the folklorique, or the touristique: “This belongs in no book. / If found in a book / consider it lost / and return it to its keeper.” (And, to keep one off balance, if one begins to think one’s “got” Mali, or Africa—references to things like “the best / pizza in Bamako.”) And a fine sense of the too-ready circumambiences (that is, the subterfugal flow and mock-reflowering) of story, the mean taking and exchange and refurbishing: “Traders’ tales: / we tell you these things / and you tell us them back. / The masks discarded / after the dance haggle / with us over the price / of a rich, hollow laugh.” Holding one’s own: “Do not / look to the sky for the sun: I think we are inside the sun.”