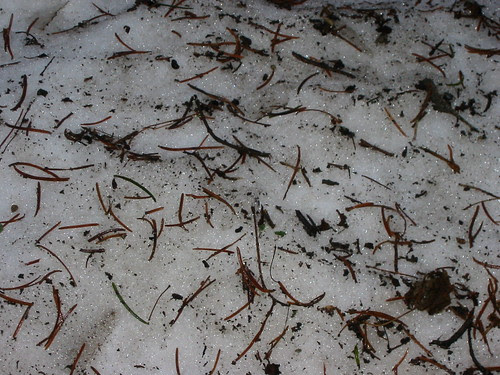 If The Poem of a Life delivers up various Zukofsky volumes out of hoard-cranny and barrel, too, it fires the engines of one’s curiosity elsewhere. Mark Scroggins’s mention of Mallarmé’s 1877 Les Mots anglais, “a little handbook on English philology,” apparently done up for measly lucre, though containing some terrific Mallarméan observations regarding “the properties of poetic sound and the nature of language ”—not unlike the Zukofsky writings about handcrafts collect’d in A Useful Art: Essays and Radio Scripts on American Design, writings Zukofsky did after being hired by the Federal Arts Project to write for the Index of American Design—that, the Mallarmé, had me swimming in other waters (how reading works, going off up smaller and smaller tributaries, finding oneself stuck in a fog-striated dawn creek near Varna, N.Y. call’d Monkey Run, looking for a blue-wing’d warbler, source of that lazy slur—Beeee-bzzz, (inhale and exhale)—if, as one says in the Midwest, “you know what I mean.”). (Shoot a cross-bow over the bow of that sentence and maybe it’ll steer itself shoreward.) I did go off with Mallarmé for a short spell, end’d up in a piece titled “Mystery in Literature,” ga-ga about the way he argues for music’s dominance:

I know, it’s to Music that people want Mystery confined, when writing lays claim to it.

The supreme rifts produced by instruments at play, and flowing from short-lived whorls, explode more truthfully, more directly, in light-bathed argumentation, than any stretch of reasoning ever pursued; you ask yourself what terms you need from the lexicon, if ideationally, as you listen, in order to translate them, because of this nonpareil property of theirs. A plain adaptation with—how shall I say?—the feeling slipping when, at the point of contact, a word would be a dissonance, an intrusion.

Writing, that speechless flight of abstractions, reclaims its right over and against the downward pull of naked sound: both of them, Music and writing, calling for a preliminary splitting off, from speech, for fear, to be sure, of supplying idle talk.

Perfect. Aligning “writing” with music and its (I want to say unsingable) mysteries, and against speech. The paragraphs (translated by Malcolm Bowie in a New Directions Mallarmé in Prose) read with such persnickety intent, I decided to look into Barbara Johnson’s version, in the new complete translation of the 1897 Divagations (Harvard University Press, 2007). She calls it “The Mystery in Letters”:

I know, people want to limit the Mystery in Music; when writing aspires to it.

Supreme instrumental tears, a consequence of transitory winding, burst out more truly than any possible argumentation; one asks oneself, by what terms of vocabulary, if not in the idea, they should be translated, given this incomparable virtue. A direct adaptation with I don’t know what, and, during the contact, the feeling slipped in that a word would clash here, would be an intrusion.

Writing, tacit flight of abstraction, takes back its rights faced with the fall of mere sound: both it and Music presume to a prior disjunction, that of speech, for fear of adding to the chatter.

The most perfect writing, one thinks, is wordless. Somehow akin to it is Zukofsky’s attempt’d transferal of “the fugue / . . . / To poetry.” Scroggins quotes him writing to Lorine Niedecker, explaining that the music of “A”-8’d be bound up not in the intricacies of word-sound, but in “counter-pointing”: “it must be music of the statements . . . but not explanation ever—that’s why I seem to leave out—but the reader will have to learn to read statement, juxtaposed constructs, as music.”

Scroggins ably puts Zukofsky’s research and writing for the Index of American Design into context, pointing to how the fact of anonymity of many of the tin-smiths and other craftsmen he study’d, and the resultant emphasis on the made object itself contributed to Zukofsky’s aesthetic: “The anonymous was Zukofsky’s answer to Romanticism’s heroizing of the poet, his assertion that the lasting value of humanity’s makings lay in the care and craft manifested in the made object itself, rather than in the biography of its maker.” And there’s Zukofsky’s sense of duration and continuity, the object being a moment enterable by all history, by means of its use. Scroggins quotes Zukofsky: “In objects which men made and used, people live again. The touch of carving to the hand revivifies the hand that made it.” Which two hands remind one of the ax-handle piece variously done up into English by Pound in the Shih Ching: The Classic Anthology Defined by Confucius:

How cut haft for an axe?

Who hacks
holds a haft.

To hack an axe-haft
an axe
hacks;
the pattern ’s near.

Though, whereas Pound’s Confucius posits a template for an infinity of objects (one kind of duration), Zukofsky seemingly puts the human maker first. Perhaps it’s within that sense of priority that lies Zukofsky’s argument for a poem’s political efficacy: that it work “to confirm revolutionary theory in sensory values.”

Is it in Zukofsky’s essay on Charlie Chaplin, where he writes that “There exists probably in the labors of any valid artist the sadness of the horse plodding with blinkers” that one finds a Zukofskyesque version of O’Hara’s “You just go on your nerve”? Blinker’d full-throttle adamancy, is there a sadness there, fix’d up against the exhilarant fuel? 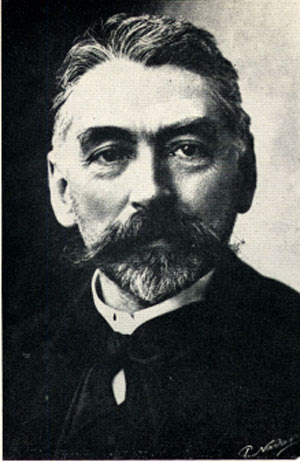