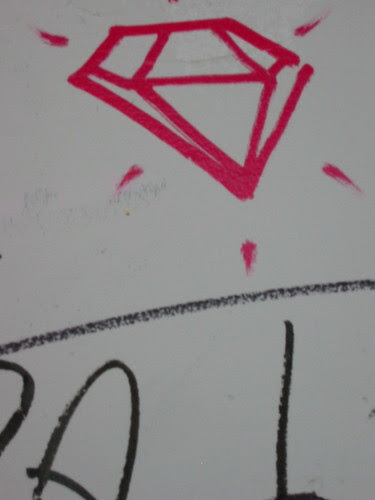 My copy of Mark Scroggins’s The Poem of a Life: A Biography of Louis Zukofsky (Shoemaker & Hoard, 2007) arrived somewhere in December, a thing too gorgeously design’d (by David Bullen, Jack Shoemaker’s confederate for North Point books, too—I once had Joan Crane, Guy Davenport’s bibliographer, tell me—we were both smoking up black clouds of tarry ruination in U.Va.’s Alderman Library staff room—one’d do exceedingly well to collect all the North Points)—too, I repeat, gorgeous to besmirch by the manoeuvrage (manhandling) of actual reading. (A thing I’ve suffer’d all my days, a finicky unwillingness to sully with mine high mirey opticks (pronounced eyes) the finer objects of my necessary perusal . . .) Whatev. That and seasonal effluvia decided me to put off the reading that I should approach it in a swoop of days “sparse-lighted, carried along,” that “myriad upon myriad shall be.” (Whatevs.)

Then I peek’d. A first reward lies about forty pages in where Scroggins does an astonishingly nimble job of pulling together (overlaying) the terms (and systems) of three connoisseurs of the tripartite—Henry Adams, Ezra Pound, and Zukofsky himself. He quotes Zukofsky’s detailing (in 1969, in an interview) of the phases Adams’d attempt’d to apply to human thinking and human history (in a “Dynamic Theory of History” in the Education)—“There are three states of existence: one is solid, another is liquid, and the other is gas”—and aligns these states to “the materials of poetry”: “you make images—that’s pretty solid—music, it’s liquid; ultimately if something vaporizes that’s the intellect.”

(Adams predict’d that, historically, human thought’d finally enter, apparently around the present “era,” after passing through Mechanical and Electrical phases, the Ethereal, a phase that’d mark the “limit of its possibilities.” Pure thought. Adams:

Thought in terms of Ether means only Thought in terms of itself, or, in other words, pure Mathematics and Metaphysics, a stage often reached by individuals. At the utmost it could mean only the subsistence of the current into an ocean of potential thought, or mere consciousness, which is also possible, like static electricity.

All rather reminiscent of O’Hara’s faux blaze of modesty in “Personism”: “They’re just ideas. The only good thing about it is that when I get lofty enough I’ve stopped thinking and that’s when refreshment arrives.” Or of René Daumal’s death by sniffing an ether-sopped handkerchief-wad in a spirit’d attempt to reach the beyond. Ah, the hazards of kooky scientistickal applications, and applicants.)

If Adams lent Zukofsky a way of thinking—a drapery of scientism clothing the armature of cultural history?—Zukofsky’s dividing of “the materials of poetry” is (Scroggins) “clearly derived from the Poundian critical vocabulary.” Notably, out of the 1929 “How to Read” essay with its distinct traits-threesome of phanopœia, melopœia, and logopœia. Scroggins nails the familiar trio succinctly and gracefully:

Phanopœia, “a casting of images upon the visual imagination,” was best exemplified for Pound in image-based Chinese poetry; Provençal lyric was the purest example of melopœia, “wherein the words are charged, over and above their plain meaning, with some musical property; and logopœia, “the dance of the intellect among words,” was perhaps most clearly seen in the ironical modulations of words’ connotations found in Mina Loy’s early work and in Pound’s own “Homage to Sextus Propertius.”

And details the gamut of variations Zukofsky ran consistently on the three over the years. In the preface to 1948’s A Test of Poetry: “The test of poetry is the range of pleasure it affords as sight, sound, and intellection.” (In “About the Gas Age” (1970), Zukofsky admits “the third word has always bothered me,” and proceeds to define it wonderfully—through Dante, another connoisseur of threes: “Dante’s Paradiso is a great intellect at work, not only an intelligence which is more involved with the senses, but it’s when the senses vaporize and, the head floats, but sometimes it floats beautifully.” Which, to me, sounds precisely like that state of high alert one succumbs to (rarely, perspiringly) in the throes of composition.) In 1950’s “A Statement for Poetry,” the components become, more prosaically, “Image,” “Sound,” and “Interplay of Concepts.” Scroggins traces, too, a subsequent subtle shift in Zukofsky’s thinking about the three “materials”:

By the time Zukofsky began Bottom: on Shakespeare (1947-1960), he had come to identify these three uses of language with the three physical states of matter—imagery was “solid,” music, “liquid,” and intellection “gaseous”—and to value the first two states over the last. “I said solid state, liquid, gas,” he told an interviewer in 1968, “as a matter of fact you can word it sense, essence, non-sense.”

Bottom then becomes a tracing of a loss—evident in Shakespeare’s era, exacerbated in our own—of “solidity,” a turning to the gaseous metaphysical. Scroggins’s deft quoting of Zukofsky (Bottom):

Shakespeare’s Works as they conceive history regret a great loss of physical looking. They recall with the abstracted ‘look’ of a late time. The intellective propositions of their action anticipate the present day’s vanishing point, but unlike the present’s propositions still sing an earthly underpinning.

What occurs to me is how badly I want to read that third “gaseous” term as something other than mere abstraction, the Poundian “go in fear of” property. I want the term to signify the airy authority—akin to Keats’s “negative capability,” or the brash fleet “nerve” of O’Hara—that accompanies a liquid looking (sweeping down into every nook and cranny, sinking to the level of any human landscape) and a “solid” ear. Not a falling back into used-up proposition and platitude (abstract), a falling forward, the way walking is a “caught” falling, an automatic muscular grace, mindless blind intelligence that, eppur si muove, gets one somewhere (new). Logopœia a dance, a motile thing, the way the gaseous “body” exhibits movement, Brownian, and expands to fill the space it occupies. 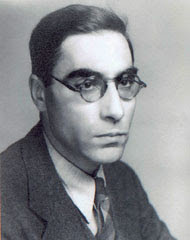