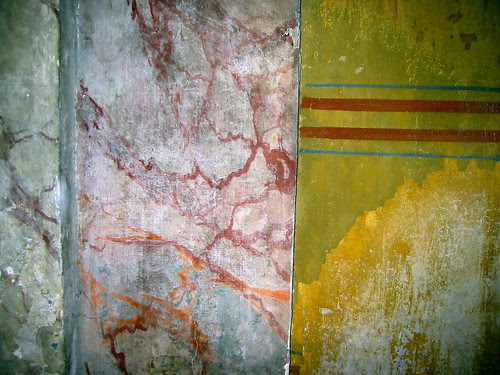 I did finish The Poem of a Life in a rip of post-midnight reading, a splendid trajectory. Answer’d in an “Appendix”: why one senses a “palpable lack” of the (received) Lorine Niedecker / Zukofsky story. Niedecker is hardly absent—just less prominent in the book than expect’d. Seemingly for two reasons: she apparently cut to pieces a large part of Zukofsky’s correspondence, in part to offer up what she call’d “just the essence, tincture of Z!, a drop to a page”—it turn’d out to number 370 typed pages!—in imitation of a project Zukofsky himself had consider’d and abandon’d: a sort of autobiography in the form of an arrangement and compiling of letters received (those from Bunting, Williams, Pound, and Niedecker). (Zukofsky, too, apparently destroy’d early letters from Niedecker.) And: the story / gossip regarding a possible “affair” between Zukofsky and Niedecker is apparently only traceable to a single unreliable witness with a grudge, Jerry Reisman. Scroggins’s refusal to conjecture or offer credence to the story within the heart of the biography seems wholly justifiable: what I wonder is if—as a result, and rather unintentionally—the reporting of the collaborative energies (by post) of the two doesn’t get tamp’d down just a little. There is, of course, the Jenny Penberthy-edited volume, Niedecker and the Correspondence with Zukofsky 1931-1970 (Cambridge University Press, 1993), for one side of things.

In a lovely phrase, Scroggins calls Zukofsky the “laureate of excision,” indefatigable parer-down to some essential syllabary. And points to Zukofsky’s refusal of epistemological wheel-spinning: one ought better spend one’s days “thinking with the things as they exist.” Too, he points to Zukofsky’s insistence that the poet’s aim is “to avoid clutter” so that “the order of his syllables will define his awareness of order. For his second and major aim is not to show himself but that order that of itself can speak to all men.” It’s in the Sidneyesque “peyzing” and placement of each syllable (vocable-piece and motif-piece in sonic or thematic recurrence) that the self comes through, thus avoiding the gloppy rote familiars of confessionalist subjectivisms. (To put it forth with excess and juice. The longer Sidney’s apt: “not speaking . . . words as they chanceably fall from the mouth, but peyzing each sillable of each worde by iust proportion according to the dignitie of the subject.”) Scroggins puts the useful term mosaic into play to depict Zukofsky’s care-intensive method of composition (to distinguish it from twentieth-century Everyman’s paste-pot clumsy collage):

In ransacking the history of Western literature, Zukofsky clearly felt that he was taking the shiniest, most colorful materials for his own “mosaic-work.” As well, “A”-22, “A”-23, and 80 Flowers dispose those bits of language on carefully considered, bold, and striking “designs”—most obviously, the six-thousand-year timelines of the two movements of “A”.

“Avoid clutter.” I admit the imperative tugs against (mocks) my (writerly) temperament, fan’tic of dizzy unreelings of excess in a profligate age. (Two sorts of writers: the Merz-constructors adding debris to debris up through the ceiling—and beyond, versus the undaunt’d whittle-skinniers cutting the oak down to the size of an acorn.) What’s notable about Zukofsky is how he works both possibilities, one against the other. The monumental push of “A”’s grandeur—two penult sections (“A”-22 and “A”-23) of one thousand lines each—and each one thousand pared down (excised) mightily out of an uncommon flourishing of notes. 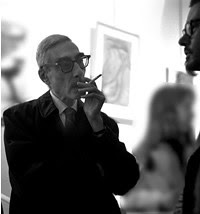