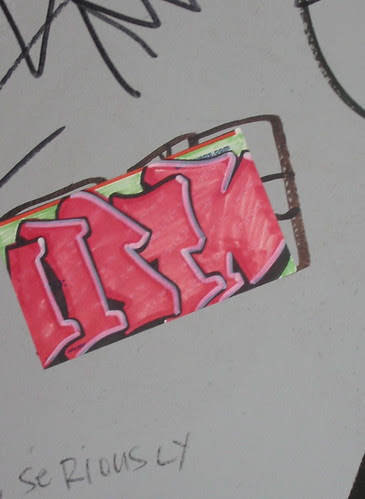 Mark Scroggins’s Zukofsky biography, The Poem of a Life carries one along, willing and avid, between the ongoing weekend chores, the post-charivari (only, I suppose, in the sense that the seasonal excess, that marriage of brute commerce and easy sentiment, is headache-making) mop-up ops. I love its structure of chronological flow interrupt’d by pause—the “interchapters”: “unnumbered discussions of topics in Zukofsky’s writing and thought: figures who influenced him, ideas and images that obsessed him, compositional techniques to which he frequently turned.” It’s rather as if the structure mimics two opposing and inseparable human models of time: a Spinozan duratio (“indefinite continuation of existing”) wherein the one moment collects another in overlay, an unclockable synthesis unlock’d by the reader reading versus Shakespearean everyday “Devouring time,” precipitous time timing away inutterably, unstoppable. (Something of that being what Scroggins explores in the second interchapter, the one titled “Duration, ‘Liveforever’: Time.”) There’s a satisfying rhythm of chronos and topos, travel and pause, to the book, a thing nigh novelistic—I think of the Flaubertian rhythms of scene and summary.

Two things it’s obvious Scroggins is good at: limning milieus and “secondary” characters with full-flesh’d tangible detail, though swiftly enough so’s not to interrupt the narrative pace. So we have fine miniatures of René Taupin, say, or Basil Bunting. And: excellent (and context-smart) close readings of Zukofsky’s poems (beginning with “Poem beginning ‘The’” and moving directly into the early-composed movements of “A”.) The latter’s got me with my copy out for another perusal—it must be about ten years back that I first blast’d straight through it with a kind of determination to sop up what I could, and damn the rest—a pure kind of reading akin to travel without the cumbersome guidebooks. Liable to get one off into the undergrowth up an oddly military (guarded) hill of, say, Athens—bursting out into a bunch (mitraillette’d and fatigue’d) of soldiers, and absolutely missing the big fluted stones crowning the Acropolis, whazzat? but (such reading) a way of seeing—“phwhat nerve!” as Zukofsky says somewhere—the tinier things examinable hors de contexte. N’y a pas de horse there. (Says Derrida somewhere.) (Or Stein.)

A few scribbles. Talking about Bunting (the American Zukofsky and the Northumbrian Bunting the two greatest “ears” of the immediate post-Pound “era”?), Scroggins writes how following a brief Bunting-initiated note of 1930, “Over the next four decades, Zukofsky and Bunting would carry on a constant, detailed correspondence, and would show themselves continually aware of their position as—in the words of Pound’s Guide to Kulchur (1938), dedicated to the two men—“strugglers in the desert.” And, being an amateur of letters, that’s enough to get me plowing around in the notes to the book: isn’t there somebody who’d swiftly put that exchange together for us epigones? (BB to LZ letters in Austin, LZ to BB where?) There’s something unjust about literary history, how it’ll all—the part that’ll thrill one most, that of our near-contemporaries, the ones who boot’d us into the very tracks they trod, and got us “going”—out too late (think of Ashbery’s letters, think of—damn the clench-fist’d—O’Hara’s) for us “for whom they’d matter most.”

The story of Zukofsky’s experience (1929-30) translating (out of German) a hack-job biography of Albert Einstein. Zukofsky the parer-down, the tightener (in “A” he quotes the Einstein axiom that “Everything should be as simple as it can be / . . . / But not simpler”) confronted with the biographer’s “rambling, directionless prose, and with his own obligation as translator to render all of that prose,” finds some little satisfaction only in Einstein’s own half-page preface. Scroggins provides the essential of it, Einstein’s recognition that in the biography:

What has been overlooked . . . is the irrational, the inconsistent, the droll, even the insane, which nature, inexhaustible operative, implants in an individual, seemingly for her own amusement. But these things are singled out only in the crucible of one’s own mind.         This is as it should be. For, otherwise how could the isolation of distance be approximated?

Which reminds me of Nabokov, that putting of nature into the rôle of grand artificer insouciantly baiting little traps for the earnest makers, trifling with the seriosos, meaning us. And, of course, Zukofsky, too, doing the “implants,” humoring the humorless, gleeful taunt mode—“oreye mush blige” or “142 Is it true what you say, Zukofsky, / 143 Sorry to say, My Peter Out” or “The flute / The flute / The fluke.” Mockery and pratfall, the honorable caustics.

Changed: one’s sense of how adamantly Zukofsky opposed group formations, and how strenuously Pound (and maybe moreso Harriet Monroe, who, apparently sensing the marketing opportunity inherent in an identifiable—nameable—“movement”) had to push to get the “Objectivists” born. Monroe writes, “I shall be disappointed if you haven’t a ‘new group,’ as Ezra said . . . I think you should have an editorial showing what you and your group are aiming at and what you think of modern tendencies in general.” And Zukofsky writes (back to Pound): “Naturally, I haven’t a ‘group’ or know one . . . ‘Perhaps’ you know of a new group.” Too, Scroggins offers up T. S. Eliot’s 1944 comment (out of “What Is Minor Poetry?”) on groups—Eliot likely referring to Pound’s imagists of thirty years earlier, how

. . . a small group of young writers, with certain affinities or regional sympathies between them, may produce a volume together. Such groups . . . frequently bind themselves together by formulating a set of principles or rules, to which usually nobody adheres; in course of time the group disintegrates, the feebler members vanish, and the stronger ones develop more individual styles.

What’s rather astounding is how forty or so years later the Language boys prop up the Objectivists not only as a group formation, but one that got somehow ruin’d, lost, hegira’d and silenced by other (damnable) literary forces. Scroggins’s report of Pound’s hectoring of Zukofsky a couple years earlier to form a group that’d make use of Pound’s magazine the Exile (“Somebody OUGHT to form a group in the U.S. to make use of the damn thing now that I have got it in motion”) reminds me more than a little of Ron Silliman’s overblown breathless greetings to even the most mechanickally asinine and simperingly cynical (Flarf) or sotto voce’d joking asides (the New Brutalists) of groups. (Though that attitude’s capable of being replaced by a kind of know-it-all “you youngsters’ll never . . . if you don’t” discourse of the “ought.”) Fact is, for the document of origin, the famed issue of Poetry dated February 1931 and titled “‘Objectivists’ 1931”—note Zukofsky’s quotation marks, Zukofsky cut down a piece on Charles Reznikoff he’d written the year before, and offer’d it up in place of any “manifesto.” And nigh-immediately, in a letter to Carl Rakosi, admitted that he found the whole group notion “Foolish—but may excite the reading booblik, hysterectomied & sterilized readers of ‘Poetry’—and I owe it (maybe) to the honor (!) of my contributors.” Ah, the booblik’s necessary gwoupuscules . . .