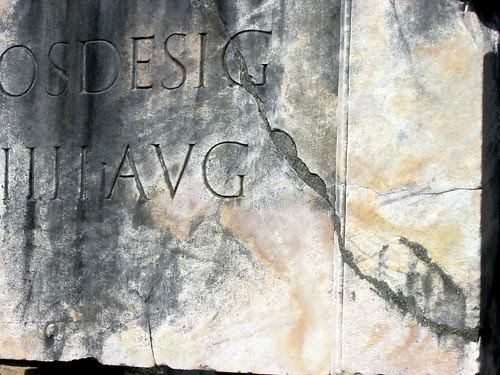 Pound’d into being a bookshelf, eight feet tall, three feet wide and deposit’d it upright next to my table, and rotated a variety of books off other (double-shelved) shelves, and the floor, and out of the forlorn crammed in sideways here and there. The upshot, a different disorder, a whole new indiscriminant astigmatism running its coloratura brocade up and down my periphery, or, turning my brainbox slightly, a new staring space. Against which the optics bump and go haywire seeking a vista out into the lamentable beyond, lamentable for its being the beyond. What do the Portuguese call it, a miradouro? One of the benefits of keeping one’s library in havoc and turmoil, half-hid, in no conceivable order, ranging wildly—why here’s Alexander Theroux’s Three Wogs (“Picric, antagonized, scuffing forward with a leer, Fu Manchu readily confirmed a common fear: a distorted mind proves that there is something on it.”) next to James Tate’s Riven Doggeries (“How ’bout some coffee? Don’t mind if I do. Take a little ride on my donkey. I love that donkey. Hell, I love everybody.”) next to Alice Notley’s At Night the States (“The Earth is one word deep / that is your name.”)—is how it makes one range omnivorously about, mimicking the century, or both, the one gone, the one begun, its helter-skelter ways, how a traveling neutrino’ll zip through a five-foot-shelf of books and leave no trace, or traces everywhere, off into the aluzejos blue of Lisboa, putting a tiny treble burr into a fado . . .

Or, biting cold, foregoing the bicycle for the bus, reading under streetlights (bus late, “engine trouble”) out of Graham Robb’s The Discovery of France, how the post-revolutionary rational officialdom of the académiciens attempt’d to squelch the lingual resources of a clamour of yesses (one chapter is marvelously call’d “O Òc Sí Bai Ya Win Oui Oyi Awè Jo Ja Oua”):

The size of the Academy’s official dictionary (about fifteen thousand words, compared to forty thousand in Furetière’s dictionary of 1690) showed its determination to eradicate the rabble of synonyms, onomatopoeias and vulgarities. French was supposed to be a product of the rational mind, a beautiful estate carved out of a jungle of strange sounds and obscenities. Dialects were seen as natural excrescences of the landscape.

Though the words themselves proved the wealth and vitality of ‘patois,’ and the impoverishment of official, academic French, they were treated as a natural resource to be plundered by the dominant language. Dialect terms such as ‘affender’ (to share a meal with an unexpected visitor), ‘aranteler’ (to sweep away spiders’ webs), ‘carioler’ (to cry out while giving birth), ‘carquet’ (a secret place between breast and corset), ‘river’ (to strip off leaves by running one’s hand along a branch) and a thousand other useful gems were like trophies brought back from foreign parts and cleansed of their original context. None of them were admitted to the dictionary . . . When linguistically omnivorous writers like Balzac used dialect words . . . they were accused of sullying the language . . .

All making me think of Cathy Park Hong’s Dance Dance Revolution, with its voracious international “patois”-sing:

Or of Whitman’s now nigh-homiletic: “I too am not a bit tamed—I too am untranslatable; / I sound my barbaric yawp over the roofs of the world.” That zuppa inglese—a pudding of lingual unconstraint, all toss’d in the pot. Extravagant reach across centuries, across spaces in a manoeuvre against clarity, and nationalisms, and cultural “purities,” and the impoverish’d “state.” 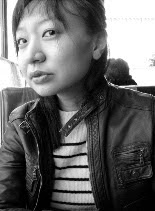