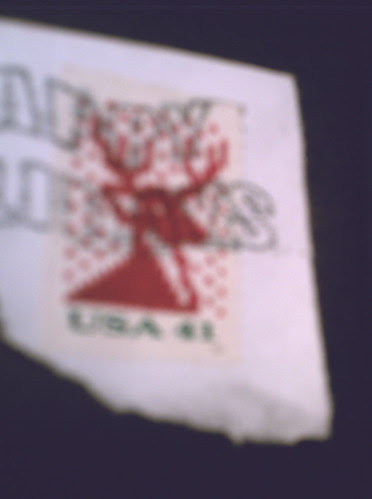 Going to squelch the racket here for a week or so, bang a drum nowhere slowly and random about in perspicuity. That’s the plan. Terrific to find a note today, sign’d Eric von Dorster, reading:

Thought you might like to know that yesterday I was in the Bibliothèque Nationale in Paris trying to track down the geography of Paris in 1832, the year during which according to a letter from Alexandre Dumas he spent time wandering the streets with Edgar Allan Poe. Poe set “The Murders in the Rue Morgue” in a small street (called Rue Trianon in the first draft of the story) found between the Rue Richelieu and the Rue Saint Roch, both still around today. A map of Paris in 1821 shows small streets there that were destroyed when the Avenue de l’Opéra was constructed later in the century. One of the streets was the Rue Hazard.

Which got me, knowing little of Poe—though I did de temps en temps press my physiognomy ignominiously up against the see-through door of Poe’s room (wash basin, pitcher, sagging becoverlet’d bed, too short for a man) there along West Range at the University of Virginia—scratching about for evidence that Poe’d travel’d to Paris à l'époque. None found, though I dug shallowly. In lieu of it, I am thinking of The Book of Lost Streets.

I’d plow’d a little in the terrain of a new collection of Raymond Queneau’s occasional prose, Letters, Numbers, Forms: Essays, 1928-70, translated by Jordan Stump (University of Illinois Press, 2007). Found a thing call’d “What Is Art” (1938) wherein Queneau traces literature’s post-Romantic turn to scientism (“it was the litterateurs themselves, gripped by who knows what masochistic pride, by who knows what taste for self-flagellation, who first began fulminating against their own art”):

The novel became a sociological treatise, a medico-psychological observation, and novelists took their place in the Academy of Medicine. Zola wrote The Experimental Novel. Poetry would disappear, and theater would become a thesis defense.
Confronted with these scientificators, backed up against the wall, the post-Romantics invented art for art’s sake, which, permanently isolating literature, reduced it to an idle game and to the bitter rambling of misunderstood geniuses (that singular invention of the modern age.)
. . . jealous of their rivals’ [the novelists] successes . . ., poets undertook to become scientists themselves, announcing the coming of a new age, an age of industry. Rimbaud neatly expresses this new tendency in his May 15, 1871, letter to Demeny. [“The poet must become a seer . . . by a long, immense, and reasoned disordering of all his senses.” The “reasoned” is crucial. Too, Rimbaud’s pointing to the poet’s becoming “a multiplier of progress.”] But not until Apollinaire was poetry seen as akin to scientific invention, and poems offered to the public as experimental findings.

Queneau points out how “while the experimenting poets were busy doing nothing other than taking up the succession of the art-for-the-artist crowd,” the novelists’ own possibilities shrank with “the rise of psychology and sociology,” and forcing them to try justificatory partisan moves (“proletarian literature”). Queneau:

Which is funny, and may not be a completely leaky bucket, though one’d not just how dystopic Queneau’s version is—a kind of reverse scientism, “progressively diminished” echoing “multiplier of progress.” The kind of talking through (two sides of) one hat (is how the French proverb goes, I think) that one’s gets used to in these precincts. One groupuscule running the other’s boat up a flagpole, the other groupuscule seeing if that flagpole’ll float. One longs for the sassy French negritude of O’Hara, partisan of no stripe, that tender line that ends “Personism,” how “it, like Africa, is on the way.”And subsequent hoof in mouth warning: “The recent propagandists for technique on the one hand, and for content on the other, had better watch out.”