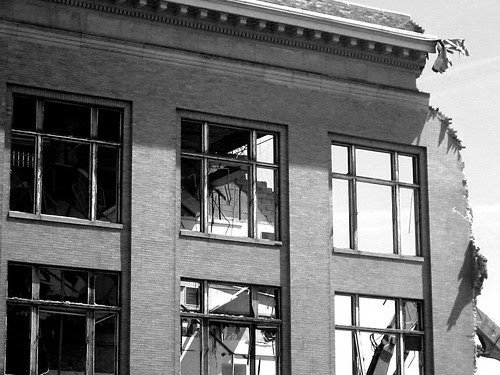 Mars is known as the “red planet”—not that swol’d up wobbly pamplemousse-color’d “orb” nigh. So I think, first compleat thought of the day. If a thought is a sentence, one that locks one in to its ever-narrowing logic. Nabokov (in Despair): “While apologizing for the muddle and mottle of my tale, let me repeat that it is not I who am writing, but my memory which has its own whims and rules.” (One is that memory’s “whim” is its “rule”—so it careers, so it slips off the shabby-warp of the funicular’s wood track and leaps into the wood’d abyss below. Another is that it makes its sentences of a rare pedigraic balance: “muddle and mottle” gets echo’d by “whim and rule.”) Hence, thinking (in pursuit of memory): one’s now down here floundering amongst the sapins and dropped tins and biscuits of those mountain picnickers whose anticipatory hunches had them finishing lunches “completely” on the ascent—the better to enjoy the down-valley view. Ach. The trouble with scratch, the starting from. I would be as Byron, here “astride” my tiny island:

I was sick of my own country, and not much prepossessed in favour of any other, but I drag on “my chain” without “lengthening it at each remove”.—I am like the jolly miller caring for nobody and not cared for. All countries are much the same in my eyes, I smoke and stare at mountains, and twirl my mustachios very independently, I miss no comforts, and the Musquïtoes that rack the morbid frame of Hobhouse, have luckily for me little effect on mine because I live more temperately.

Which, the way thinking, after getting suck’d down into the meagre parse of its delimiters, effects a reversal (car in snow), rocks back and forth to scuttle forth elsewhere, or why else’d one see a twentieth century Apollinaire “stance” in Byron’s 1810 epistle? See “Hôtel”:

My room’s like a cage.
The sun sticks its arm in through the window.
Me, I just want to smoke, to make something out of nothing.
I light my cigarette off it.
I don’t want to work. I want to smoke.

Byron and Apollinaire. Who’d a thunk it? (Sign of stopped thinking.) Venus is known as the earth’s “twin”—or, too, the morning star (in the east, at sunrise), or the evening star (west, sunset), or the cauldron, or Quetzalcoatl, or tai bai the “big white one,” like Byron in Greece, or China, where he never did go.