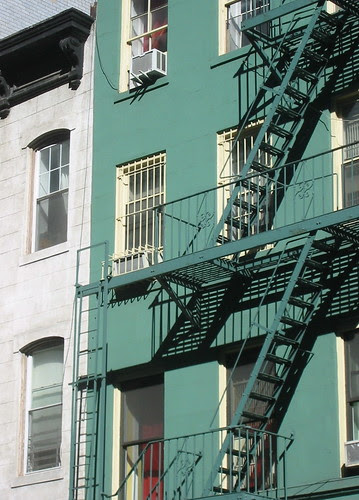 Cold morning, thirteen degrees, so the tears that the wind makes spatter against my spectacles whilst biking freeze, salty and glacial. Nothing in the hopper—Monday evenings I am “constrict’d to reading”—so there’s that happy hiss of imparticularity, stray sentences put to no use. I keep thinking “oleaginous prose,” that of someone both convinced of ’s excellence and, well, implacably needing to “butter up” the bystanders, the readers. What to do with a thing like that? Reading in circles of late—on the table, The Grand Piano face-down (spine too skinny to break); an edition of Billy Budd (I got caught up reading about the textual editing of the thing, minutia that assuages what exactly?); the Mark Scroggins-recommended Joyce’s Critics by the fleet-styled Joseph Brooker, a terrific history of how the receivable Mr. Joyce got put here and there (I keep thinking how I’d like to read about the receipt of a fail’d book, something that caught a critical fancy, got fought over, got demolish’d, is forgot now completely except as a shimmer of a whiff of impossibility and hubris and a particularly high annoying level of ambition). Talking Mark Scroggins: the fat and gorgeous and impeccably design’d Zukofsky biography, The Poem of a Life is out, there too, waiting my clearing off of the dusty circles, making space for astonishment. (The pristine always affects me that way—a new notebook, the hard glassy cloud-studded surface of a lake, its forbidding / alluring dialectic, and the mighty-ing up for a splash.)

Pound to Joyce, admitting he’d only get “the fag ends of [Pound’s] mind”—because Pound’d spent the morning writing an essay—that ragged “Gathering fuel in vacant lots” fuel fuels the morning hurry, too, for the unprepared. (I clumsier sentence ne’er got writ suiter.) (Beckett talking of Shakespeare’s “fat, greasy words.”) Is it that I’ve never actually cotton’d to (or, gulp, comprehend’d the inherent refusals of imagism, of “the image”? Meaning, how it sends the brainbox’s input / output wires a-scooting off away from the word-grease itself? I want the oleosity of the word itself, that smudge, not to be lost, and for it to fetch forth its harder, dryer, clearer kin, “the idea,” “the image,” for inspection and comparison. (That’s what I want.) (Apparently, with December’s caterwaul in, my pulque-remedying poems got sliced—top off the agave to you!) (Rather, I mumble in my soup about “technique.”) (Mostly, a “temporary hiatus,” whilst I scour the blade of my machete by running it through . . .) (Words must be more than the sludge of thinking.) (Writing must be more than radical and ineffectual.)

One note, a kind of exculpatory thing for the madhattery and indulgence. Ron Padgett’s new How to Be Perfect is highly refreshing. A self-deprecatory faux-naïvete, disarmingly humble, not showy. A literalist’s approach (I think of Amelia Bedelia without the wooden illustrations) to the way language prevaricates and winces and side-steps or soft-shoes out the door, tipping a hatful of change (and change-ups) all the way. And a tonic to doomy high-falutin’-ismus partout partout. Here’s “Toothbrush”:

As the whisk broom
is the child of the ordinary broom,
which is cousin to the janitor’s broom,
I am a toothbrush
when it comes to bristling,
insufficiently angry
or maybe too angry
to keep my bristles intact
since I know the debris
of the world is too great
for me to handle.
If I could save the world
by being crucified
I certainly would.
But who would nail
a toothbrush to a cross?