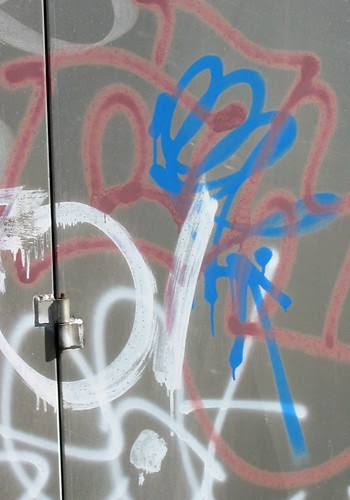 The period between the end of the Vietnam War and the “big noise” of language poetry (1976-1980) is mark’d, for Barrett Watten, by “a kind of floating window, an historical hiatus,” though “it felt like everyday life.” Some of the things (a smattering) one learns of that “everyday life” in Watten’s report (The Grand Piano 4):

—a annoying bus park’d late nights outside Watten’s dwelling in San Francisco’d “sit for hours at a time with its motor running”;

—Watten pictured himself “obtaining a high-powered rifle and shooting out, carefully, one by one, the tires on the bus, then the rear-view mirror”;

—“the grand narratives . . . had to be abandoned with the Fall of Saigon”;

—Watten “shot” six hundred or so photographs of the area “below the diagonal dividing line of Market Street” focusing on “architectural detail (windows, garage doors, gas meters, mail slots), signage (on trucks and buildings), with occasional longer shots of freeway ramps and factory buildings in the working-class and industrial districts” (“I faced the mute surfaces of the industrial zone and attacked; the camera recorded the results”);

—a late 1979 “residency at Langton,” according to Watten, “began with two talks that would become centerpieces of my early critical work: ‘Life Among the Surrealists’ and ‘Total Syntax’”;

—“When irony [in the form of Tom Mandel who had “a brilliantly ironic attitude toward the possibilities of intellectual life”] conjoined with power [the Poetry Center] . . . all hell would break loose”;

—the Russians called the epoch “the Era of Stagnation” (“A void opens up and time is locked into an Hegelian freefall, out of which monstrous nihilisms sprout”);

—on the day Watten “wrote ‘Silence,’ the centerpiece of 1-10,” (“a Saturday like any other writing day,” is how he puts it, presumably mimicking Joe Friday), “I had been browsing in an academic edition of Donne, caught up by the notes”;

—Watten’s rent for “a three-bedroom flat on Potrero Hill” was $325 (sharing with two others made for “a postmodern domestic arrangement of productive and ludic potential”);

—“Poetry . . . could not tolerate a paradigm shift whose name was not yet known. The fatal unfolding of that paradigm shift was the debacle with Duncan over Zukofsky in 1978.”

Meaning, I miss’d the reference I’d look’d for—complaining in my earlier remarks. Here, like Mandel, Watten too puts the “infamous Zukofsky evening” up for “centerpiece” of the era—and leaves it wholly unsung, unexamined, a “fact” and a void. He mentions Zukofsky again a few pages later only under the sign of the inchoate elided semi-jargon’d verbiage that mottles Watten’s “thinking”:

The authors are in eternity, but we were in everyday life. Under the aspect of . . . materiality? Louis Zukofsky was our name for the unnameable paradigm shift of the moment, unlinked from his actual position in a Hegelian unfolding toward . . . a violent antihistoricism. Literariness, a poetics. The first step along the way to undoing our learned Marxism toward a moment in which “we are democrats, but we have no name.” An historical emptiness that would be converted into a politics, a poetics, if only . . .

The kind of empty yearning one’d expect out of a teenager, first date-bound. Which is, of course, how Watten’s narrative is construct’d. Ignore the little San Francisco maps with the corny fortune-cookie captions (“Certainty is not the mystery”). Ignore the period-style Perelman theory-speak interspersed—out of a Langton “catalogue essay”—though it’s generally less drossy that Watten’s own (“Incompletion (subjectivity) does not disappear obligingly upon being named. One of the most persistent, and compelling features of the work are the traces of his subjectivity, violently erased.”) Ignore, too, the “present”—Watten in Michigan with Michigan pigeons, Watten in Berlin where a man sleeps in the “open field” where the Wall stood, Watten mock-aphoristical (“There is no difference between myself and what I do, all day every day, except that I myself am suspended in that difference: this is not me”) or thinking about twenty-year service pins. The story is elsewhere, is plainly heroic, model’d after Pound, Olson, the Abstract-Expressionists (“we wanted a big canvas, of time and space”), and goes: Watten’s December 1979 presenting of “a series of four events at 80 Langton Street as part of its Writer-in Residence series” end’d one era (next would come “the Reagonomic rappel à l’ordre of the 80s”), and mark’d the arrival of Watten, hero. The story here—what little there is—is of Watten’s emergence-moment (like a bug out of its larval husk) through the “events.” Bystanders, apparently recognizing the efforts (whose worth is never question’d), cheer’d:

As Bob notes, the language of the talks was often as dense as the creative works they explicated, and the performative demands must have been great: each talk was three-and-a-half hours long. After I staged the third night’s performance, Judy Moran, co-director of Langton, said she found it “heroic” . . . In the drama of recognition, there are few times when you know—and this was one of them. On 24th Street with C—, anticipating my final event, I knew I had arrived as an artist.

Which, coming nearly at the end of Watten’s piece, makes for tidy closure, boy (with a camera) makes good. And yet: what about those photographs of urban remainders, seemingly devoid of people? Isn’t the hero’s story precisely opposed to “everyday life”? Who’s behind the garage doors and mail slots in the six-hundred photographs? What good’s “an essay on the psychodynamics of topography” (a Wattenism for the charge of the “noble six hundred” pictures) if it skirts the chaos and crannies, misses the populace, trades heroic form against humble quotidian mess and grit? Apparently, that don’t matter none. Watten’s coda:

Nothing was going anywhere, and we wrote until it did. A simple response to lived conditions, out of which all hell would break loose. We were just about to make a big noise. 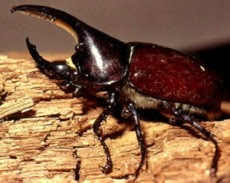