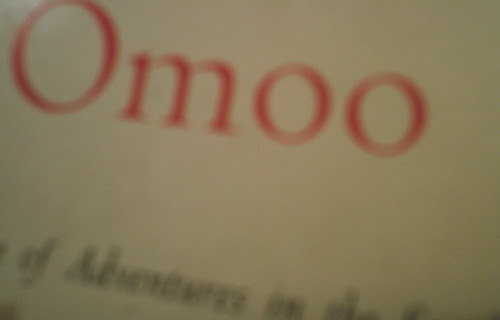 Dawdling in that mufti-color’d slough that the season dips into, unwilling to tackle anything with any “seriousness.” (Am I ever serious?) The crows that fly out of the southwest into town late in the day—singly and “streaming” or in gangly squads—to bivouac in slovenly loud array in a stand of hardwoods, unsettled and flapping like tarps, or loose tarpaper (under occasional gusts)—the crows flying high and small today. My vague ballooning hypotheses that collapse inward—the cold, the alter’d landscape, the . . . poof. How I look’d everywhere for a picture of a pandybat. How I open’d a book of Gerard Manley Hopkins to a reference (in the “Early Diaries”) to “lawless honey.” Late reading into Joyce’s Portrait last night: it’s inexpungeable clarity, its (comparably) tiny vocabulary. “Words which he did not understand he said over and over to himself till he had learned them by heart: and through them he had glimpses of the real world about him.” Being a sort of “guide readerly” to Finnegans Wake, its words, its glimpses, avant la lettre. Being a tiny doctrine of the visible: how the world is word’d into being. How few books there be that one craves, that the reading of is a slaking, the way a dog will gobble fiercely at water gushing out of a hose, trying to get it all in (spilling most of it). Zeal without prudence is like a ship adrift. The Joycean writing lesson. Versus the imprudent Hopkins, who’s off in Switzerland throwing a tiger in the air (Journal c. 1868):

There are round one of the heights of the Jungfrau two ends or falls of a glacier. If you took the skin of a white tiger or the deep fell of some other animal and swung it tossing high in the air and then cast it out before you it would fall and so clasp and lap round anything in its way just as this glacier does and the fleece would part in the same rifts: you must suppose a lazuli under-flix to appear. The spraying out of one end I tried to catch but it would have taken hours: it was this which first made me think of a tiger-skin, and it ends in tongues and points like the tail and claws: indeed the ends of the glaciers are knotted or knuckled like talons.

How the glacier, old toss’d pelt, comes to life in the talon-flex, energy-grip at the end! Pure animal potential. And that “lazuli under-flix”—careening blue shadows, skin-cinematic, is what one sees now in the early twenty-first &c., though the lexicographical trot says “The fur of various quadrupeds; the down of a beaver,” and points to Dryden: “His warm breath blows her flix up as she lies.” Or to the addlepated old codger Robert Browning: “Hair, such a wonder of flix and floss.” Elsewhere, Hopkins is simpler: puts down in the Journal the spondaickal scrap “Neck tie,” one full day’s work. Which somehow must needs bring one around to the late-’eighties Swiss electronica band Yello, with Shirley Bassey dress’d in a John Ashbery-design’d Moi, je suis la tulipe ensemble. Lawless honey of a voice.