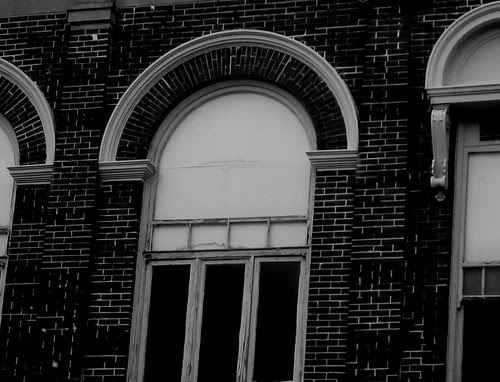 Rae Armantrout’s entry in The Grand Piano 4 is spare and brave and forthright, written out of a sudden intrusion of mortality: “I have been diagnosed with adrenocortical cancer, a very rare and often fatal disease.” Still, she manages to distill—plainly, without resorting to jargons theoretical or psychotropic—a keen sense of what “everyday life” means for the writer: attending openly to one’s surrounds. “My poems respond to everyday life by using happenstance . . . they are penetrable, interrupted . . . the noise becomes the signal.” Incorporating the intrusive. Making of capaciousness itself a (discerning, discriminant) system. Oddly, in Armantrout’s case it results in tiny, though not necessarily tidy pieces. Not so oddly, if one’s read any Armantrout—seen her way of bemusedly (and deftly) allowing the other its place—she responds with fettlesome humor, calling her diagnosis “the ultimate unexpected input.”

Armantrout reassures one that after “successful surgery,” she is now residing in “a sort of hiatus,” waiting to see if the disease reappears. And, in a brilliant summary of how time itself, its thinning, is liable to attenuate one’s attention, writes: “Everyday life seems largely composed of the placid expanse of theoretical time surrounding it. That’s what’s missing now.” There’s nary a sign of any lessening. As Armantrout puts it: “In many of my poems I don’t put a final period where one ‘should’ be.”

Ted Pearson’s entry, hard after Armantrout—I note how the context makes it seem wordy, diffuse. What I see: if one’s working out a poem titled “The Grit” (“not a metaphor . . . part of everyday life,” beach sand heavings wind deposit’d) and one’s bookmark’d Creeley’s “The grit / of things / a measure / resistant”—isn’t “grit” exemplary of “literature” and not “everyday life” at all? Pearson’s clothed in “literature.” Quotables come out the mouths of Oppen, Lorenzo Thomas, WCW, Zukofsky, Heideggar, Blake, John Cage, Larry Eigner, Nadezhda Krupskaya, some plusieurs fois, plus Creeley and Pearson himself. Against which, Pearson puts a straight up query about class:

How reconcile a life in poetry—not the scene, but the practice itself—with a deeply internalized, class-based conditioning that words (especially words-as-art) in fact belong to others—and that (but how?) one must earn one’s use of them in the doubting eyes of those others.

Pearson’s entry point: Zukofsky’s “Poem beginning ‘The’”—“I’ll read their Donne as mine.” (Perhaps, too, explaining why Watten found himself reading Donne, with notes, a l’époque.) And later, Pearson relates how, hired to drive a bus, he’d type “the day’s words on an unlined 3 x 5 card” and tape it to the windshield—“my ad hoc, homemade (pace Hugh Kenner), blue-collar ‘test of poetry.’”

Class markers, class “airs,” class-related subterfuge, class hindsight, class authenticity and pretension—all that gets look’d at rarely and obliquely in cultural formations. Here in the “experiment in collective autobiography,” a groupuscule seemingly containing a variety of classes (though, who’s to say? identifying one’s (or another’s) class seems particularly fraught with pitfalls)—mention of it appears rarely, inconclusively. I am more or less thinking aloud. What would class mean? If I read something like this (Pearson’s talking about a juventude-writ poem-fragment evoking “the slow, epiphenomenal unfolding of trauma, long accrued, in the steady ritardando of the daily grind”)—“Symptoms, no doubt, these simple verbs, but figures as well of the diminishing returns on one’s libidinal and social investments—as if the quotidian, in the modest iterations of its increasingly limited repertoire, has been remanded to the all but undetectable pulse of its remainder”—is that diction a sign of class vengeance? Revenge of age against youth? Revenge of a critical sensibility in spite of itself? After all, the fragment itself went: “body too / to barer body / so splits / and turns // turns to // drifts // and burns.” Barely enough to poke with a stick. (Some days, looking at such doggedly, uh, little displays of minimalism—by fully-grown persons in the world—, I can only think of it as a kind of literary slumming. Pretending to be poorer than thou art.) (I am more or less thinking aloud. Coming over-dress’d to the ball’s one sign of class-fretting; another is dressing “down.” What “ball”? Class-talk careens off into metaphor-wreckage.)

Post-war (Vietnam), another war: “the language said to be ‘ours’ . . . become . . . another theater in the war.” Why then? (Why not now?) Versions of language poetry’s emergence out of the routine lies of officialdom, old hat. And counter-intuitive. Pearson’s:

. . . Lorenzo Thomas insists, after serving in Vietnam, “The sponsors of that program / must not have another word.” [The televised war—“they” determined not to do that again. If there’s no “program,” the “sponsors” don’t have to sell anything.] What, then, of poetry, which (pace Williams) fails to bring us the news? Could it do no more with the oppressors’ language than bear harsh witness to the failure of that language and the fatal entailments of that failure? Could it only preach to the choir? Clearly, a linguistic breach had been opened—and not only by official misprision, bald lies, and double-speak, but also in response to a widespread belief in a model of communication based on the transparency of language.

Is there confusion here? A breach is open’d in language—language is broken, a gap is there (“Once more unto the breach, dear friends, once more; / Or close the wall up with our English dead. / In peace there’s nothing so becomes a man / As modest stillness and humility: / But when the blast of war blows in our ears . . . / Then lend the eye a terrible aspect . . .” out of Shakespeare’s Henry V sizzles across the brainpan. Is it the ringing silence of post-war that makes one itch for another “theater”?) What is the relation between rejecting “a model of communication based on the transparency of language” and a hole in language? Failure of transparency means muck it up more? for “pedagogical reasons”? (A whiff of pedantry hovers around the language “project”—“What were the rules?” Too, a hint of Puritanism, the difficult is good for you.) Pearson quotes Blake: “We are led to Believe a Lie / When we see not Thro’ the Eye.” What is the relation between trusting the eye and rejecting “a model of communication based on the transparency of language”? (I am more or less thinking aloud. I am not “getting” anywhere.)

I do recall the mocking / break things / sneery goofing impulse in those years, combo of anger and sass, sheer buoyancy of youth. I look at something like “Fragging,” a longish poem I wrote in about 1972, and see it. (I had the good sense not to make a program of it.) A snip of it, and undignified bow out:

We pack ourselves in—salvation like this
is a pen with refillable cartridges. The only difference between meaning
and contempt is this limp sandpiper on a blue platter called
Futility. It isn’t ours.

5
Culling brio, the quick pulp of a primrose, the wind comes down
like a noose. Pursed lips. This is dusk lassoing the trees,
pulling taut, a pony tail, a node trammeling this end of the earth.
This is a dog show, even the lichens line up like pedigrees. No more
tail wagging. I troop out the ribbons like lingerie, hanging out
these husks of a stiffened lethargy, ovaries. This is autumn,
a menstrual period, a sexual flush—the same dopey nostalgia is kicking
through the leaves, the inner linings of the uterus. And nothing
is new—peevish October, bilious like evaporated milk,
Vietnam, our impotency attaching this to a grenade for the lieutenant,
our poverty like a Caesarean scar, our boisterous unconcern, a Fiat
humming empty near a courthouse, our monuments like
extinguished afterthoughts, our misplaced feelings, our secrecy . . .