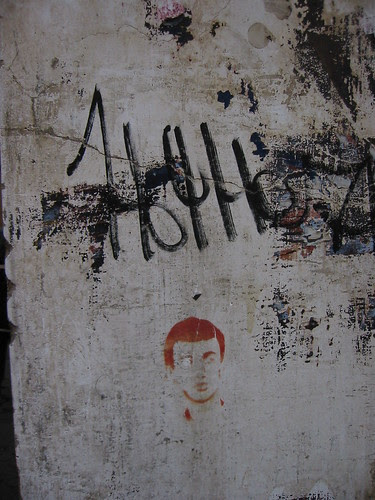 Who is Louis Stettner? What Edmund White is good at—in My Lives—is rendering the details of a particular social fabric (in the process of coming undone) of the post-WWII Eisenhower years. He mentions Stettner’s photographs shot in that era “in the New York subway,” and how he (White) asked “why faces back then were so different from those one sees now.”

He said, ‘That was before the era of self-improvement. People just looked the way they looked. They had little idea about how to change.’ That was the era of baked potatoes, of vegetables boiled so long they’d go from green to tan, of Wonder Bread stacked on a plate and, for dessert, a dish of canned Queen Anne cherries . . . Men donned their brown or gray hats, cocked ever so slightly to the right or left, the sides artfully dimpled, the brim lowered just above the face, the crown reblocked every few months to maintain its stiffness. They wore their plain lace-up shoes and double-breasted suits and heavy overcoats and these uniforms elevated and concealed them in ageless anonymity—from twenty to fifty they were men, nothing more nor less.

I might murmur dissent in the form of a question—isn’t what “defines” the American individual, precisely a hearty unabashed changingness, that constant ability to reinvent oneself? All our heroes do so.

Pound: “tosh, unmitigated and blithering tosh.” There’s been some heaps of that around lately.

Scouted about rather half-heartedly (in secondary sources) for Stevenson-Pound links. Only today, rifling Guide to Kulchur, I uncovered a few. (There are more references to Kipling than Stevenson, according to the index.) Pound’s shorthand in the Guide makes for mischief (and I know little biographical data about Stevenson—other than something about a walk with a donkey in the Cévennes). What to make of these paragraphs:

Without bothering about Mr Maeterlinck’s The Bee or insisting on one’s preference for Gourmont’s method of conveying biological information one might, in considering the localization of sensibility either in apiary or human hive remember—“gli uomini vivono in pochi” [“humans live small lives”?].

The rest regret elegiacally. [Is there an echo of Thoreau’s “the mass of men lead lives of quiet desperation”?] Dr C. said Think of what that wd. have meant. To have been able to study under Stevenson. (R. L. S. having been denied not university preferment, but a place on the lowest rung of it in America when he was broke in that godawful country during one of its stinkingest epochs.) G. Rogers used to tell of the gt. joke on himself. He fired Kipling, I think before he had even taken him on to a Philadelphia daily abomination. G. R. was on the Inquirer when I met him.

Probably no more than the usual “The best lack all conviction, while the worst / get the plum jobs,” or howsoever Yeats put it.

At the beginning of the chapter headed “The Novel and So Forth”:

To distinguish between communication (of knowledge, transmission of wisdom, stimulation of perception) and the production of reading matter?

Stevenson had learned that: A man who can’t forgive any mortal thing is a green hand at life.

Hunh? The instruct vs. entertain scale aligns here rather skew with some sapped Christian piety. Yo, scholiasts! (As James Brown would say: He’p me!)

And, finally, under “Study of Physiognomy”:

I offer for Mr Eliot’s reflection the thesis that our time has overshadowed the mysteries by an overemphasis on the individual. R. L. Stevenson, whom no mystic has, so far as I know, ever mentioned, had more emotional wisdom than most men. (Virginibus Puerisque.) Eleusis did not distort truth by exaggerating the individual, neither could it have violated the individual spirit. Only in the high air and the great clarity can there be a just estimation of values. Romantic poetry, on the other hand, almost requires the concept of reincarnation as part of its mechanism. No apter metaphor having found for certain emotional colours. I assert that the Gods exist.

Off to the western hinterlands: returning in a week or so. Decisive battles anticipated (think the battle of the Plata, Cinque, the Bowie knife in the teeth, Kropotkin, Haystack Jones . . .)

Confusing Myself With John Ashbery

Of us
Two who

My bête
Noire? It

Roils my
Martini so.

Confusing Myself With Ted Berrigan

Who predates
The leafblower?

Confusing Myself With Ron Silliman

I never confuse myself with Ron Silliman. 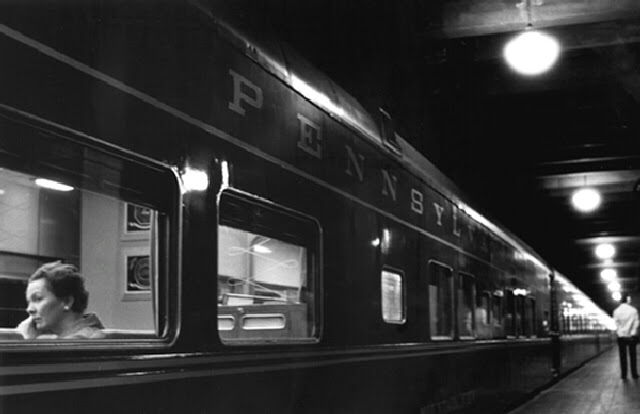