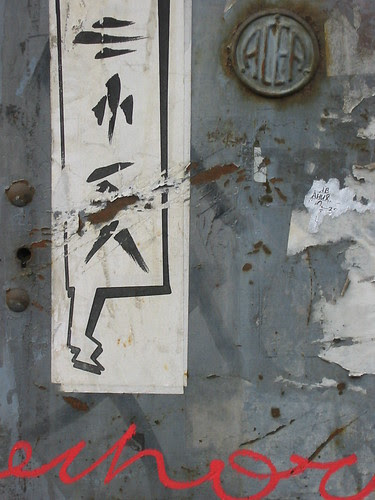 The title poem’s the shortest, and first:

What a curious world means something else when we actually
sit down to study it. Have you a coppy of that booke?

a seed of air

Thinking oneself inconsequential to the task of reading it. Thinking the “sit down” study of orthography, the word’s mutability is enough. Warning and indice both. A signpost, that kind of material thing that a word is, with no predilecting after whatever it’s pointing at. “A seed of air”—something terribly compacted (whole tree container) and least dense (I wave my finger through it). The exfoliant (overdetermined) rose, the empty signifier: word / world, that precise kind of seed.

(That kind of critical jamming is not always worthy of the buff and sheen one puts to it. One proceeds howsoever one proceeds. I could’ve begun with the tiny print of the copyright page, wherein it is noted: “William Fuller . . . is chief fiduciary officer of the Northern Trust Company in Chicago.” And I think how refreshing that is, bespeaks a capability, perhaps a demeanor. In a period of academic bimbos and ruffians, I am wont to add, though sha’n’t.)

Following the first squib, the book in three parts, two of prose poems interlaced with lineated, syntactically fragmentary pieces, and a final poem called “Middleless,” with the epigraph “Like to flies upon a plum.” (See Edward Lear: “Mrs. Spikky Sparrow said, / ‘Spikky, Darling! in my head / ‘Many thoughts of trouble come, / ‘Like to flies upon a plum!’” A verse that concludes “‘Chippy wippy sikky tee! / ‘Bikky wikky tikky mee! / ‘Spikky chippy wee!’” Stevensesque folderol in disguise.)

I go directly to the prose poems—scanting the fragmentary, longing a little of late for the “age of the fragment” to haul its long locomotive self into the terminal. It’s in the prose reveries that I see Fuller’s genius at tracing the wayward flow of attention, the way it offers up a shapeliness in spite of itself. When Chaucer says, “After the synne of Enuye and of Ire, now wol I speken of the synne of Accidie,” he’s in the winterland of torpor and sloth. Here’s Fuller:

When to be obsessed not whether is what leads the brain away, buzzing with distortion, encased in a present exempt from increase or decrease and whose image awaits you, its purpose having been realized. Now I’m cold and have to linger. If you don’t believe I’m sinking look at the ice—the lights in the darkness extend themselves after the trajectories of your original expression—if anything the cold is worse and steals into my shoes (which are made from small books). My eyes won’t close and my breath drifts into leaping snow. You’re lucky not to have required I know not what loveless waltz on the river not yet frozen and if I live on, on glass, I will hear those sounds forever . . . o mule in the alley / its / burnt unutterable name—who calls down the jake-leg snake to immobilize it. On the bridge the air stands at needle. Dead skin wraps the whole body of darkness. Then all runs clear—the concrete and the clay are streaming through me, supplemental life forms. Coevals chatter deep. Arise teachers and appropriate the jasmine groves. In glazed winter ditches, river-crusts glitter. Look out Willie Steele, all kinds of creatures inhabit you.

A familiar kind of gesture in American poetry—see, for example, the stopped moment in the much-maligned Stafford poem, “Traveling Through the Dark”—“I thought hard for us all” or the similar gasp and resumption in O’Hara’s “Poem (Lana Turner has collapsed!)—all things briefly stop (“the air stands at needle”) and return (“all runs clear”). Circular, closure-deft, somewhat reassuring, that gesture. Fuller’s version, though, is a restless one—blues-inflected (“don’t believe I’m sinking”up against that “mule in the alley”—calling up all those mules that kick in stalls, that illicit love-jam, all up against one Willie Steele, inhabited, a Howlin’ Wolf session drummer . . .) (At the introduction of Steele in the final sentence, the poem chitters off anew—a mostly depopulated place suddenly creature-full, skitter-prone, marvelously alert, a little mysterious.)

Out of poet and Raymond Roussel biographer Mark Ford’s excellent recent collection of essays and reviews, A Driftwood Altar, lines about “James Schuyler and Englishness,” (though what is quoted here pertains more to American poetics, I’d wager). The whole essay is available here in the pages of the Poetry Review. (The essay appeared in 2002, in that brief period when Robert Potts and David Herd tried to move the Poetry Society publication out of its general myopia.) Ford:

“So modest,” Schuyler writes of Darwin, whose autobiography he has just started, in “Empathy and New Year” (the New Year in question was 1968), “so innocent, so pleased at / the surprise that he / should turn out to be him.” Modesty is a crucial aspect of Schuyler’s poetics, and so is the pleased and surprised discovery of one’s individuality—the sense one can be too “me” to be influenced by others. This notion of developing into a particular, determined identity runs interestingly—and modestly—against the grain of the standard American ideal of the self as fluid, beyond definition, and somehow infinite . . . Schuyler clearly needed to evade the implications of the carpetbag form of the American long poem as it developed from Whitman to Pound to Williams to O’Hara. What he found in the journals of such as Kilvert and Woodforde and Gilbert White was not only a form of pastoral, but a way of writing that concentrated on the everyday, and in which things were described for their own sakes. They in turn suggested how his own poetry might avoid dealing with what John Ashbery calls, in “Daffy Duck in Hollywood,” “the big / Vaguer stuff”—metaphysics and symbolism and issues of self-figuration—and instead accommodate the random trivialities of experience without either loading them with significance, or making them seem mere illustrations of chaos and contingency.

A Driftwood Altar is published by Philip Hoy’s Waywiser Press.