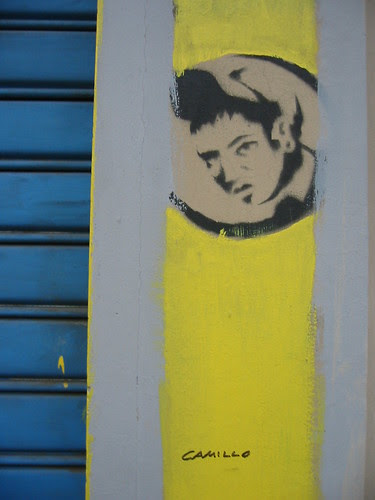 A rather smallish seeming volume (though it runs nearly seventy pages), flawlessly designed and impeccably produced by BookThug, and distributed by Apollinaire’s Bookshoppe in Toronto, though the Chicago Review’s also been offering copies in conjunction with a subscription or renewal.

Written, or begun, in 2000, if one troubles the numbers (“Robertson, Lisa, 1961-” cut on the bias against a narrator aged 39) and thinks autobiographical seepage is permissible, semi-permeable.

Not unlike the Robertson work I admire most—Debbie: An Epic—The Men strikes me, among other things, as sustained argument for a rampant use of adjectives, singly (“my sensuous intuition”), doubly (“To have been forgiven by them is delicious and tawdry” or triply (“The men breathe into me, tender, phallic, kimonoed”). Adjectival clusters for music, for rhythm, for fearless brash ornamentation. O’Hara’s “democratic and ordinary and tired” and Ted Berrigan’s “feminine marvelous and tough.”

A full gamut of sexual politics: “Men, we are already people,” “The funny pathos of men—I salute this,” “Their earth is so little / We cannot attribute freedom to the men,” and “To feel, to laugh, to ride horses / Is what the men are for.”

The men have divers lusters heady with vibration whence their opinion
Men, I am shady and terrestrial.

The
Men are enjambed.

Each of us psycho-sexually is a man, dreaming and convulsing, plunged into some false Africa manically like a poet. The leaves are turning pink, or they are thickening and sturdy. Why go on changing? I like garlands and green clothes and my face in simple. I know their soul is pain and it doesn’t help me. I have experienced each of them, and the calls on the stairs. I go with them to a point.

. . . Everything I can remember about summer is the men, portraits, still-lifes, the stiff leaf of the camelia. The men became what they are like rather than what they are—

A lyric
Comportment
With succulence and bigness of deep red.

How boring and fascinating the men.
I do this for them with structure and bigness.
I want to speak about their sentiment as a secular event.
The weather is as it looks, framed in nostalgia and
money. The fall of the light is the fall of the secular. The
men are a house inside out. They are ten men

Named Phil and Jeff
In September.

Echoes of Stein (“Hydromel violet hydromel cadmium hydromel apples I am / Ejecting form . . .”) pressed up against echoes of the Rolling Stones of Some Girls (“Some smoke as you lick them. Some / So dull, some equivalent, some / Dwindling.”)

Reading Robertson, my awareness of big numbers of abstract nouns. Against the palpable: “Nothingness entwined with the mental and the odour of smoke.” A kind of double reversal at play of the Pound “Retrospect” dicta—“Use no superfluous word, no adjective, which does not reveal something” and “Go in fear of abstractions.” The effect is a kind of landscape purely and indubitably mental, or secondary to the actual world (my terms emerging out of Robertson’s own lines here):

My idealism concerns them. Transcendental or better in the second landscape I whelp them. Hence they can never be omitted. All landscape is second. They are indigenous and mute. Ordinarily they emote in their bare hotel, ordinary and unavoidable, or in my sensuous intuition. I, on the contrary, say, in order to avoid all idealism, my despair is not a problem.

“Whenever I hear the word “community” I long to saw the legs off the hierarchical ladder that allows those several self-appointed yea-sayers who imagine they be the top-rungers hereabouts the complacency to yammer so loudly, with such braying certainty, the way white folk do, identifying with the “other” and all that. Who’d think we all’d want to be in a community, the milksops?”
—Reveille “Norm” Harris