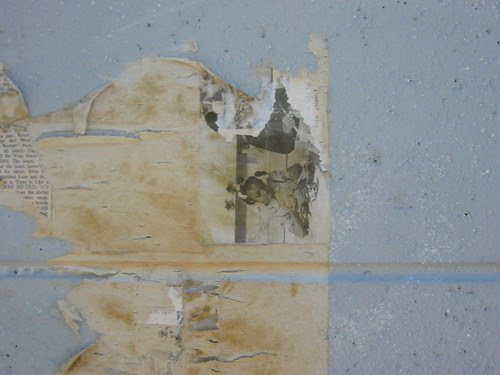 Read a little of Edmund White’s autobiographical My Lives. On the heels of my slow soak in the rotund immersion tank that is the Biographia, White here seems oddly drab. As if the prose is jacked down a notch, tossed off with consciously slenderer means. It rambles pleasantly enough, it’s just not fierce and full-throated, the way one wants prose. (Or I want prose. That is, as materially-gratifying as poetry.) White:

If today I have so few convictions and conceive of myself as merely an anthology of opinions, interchangeable and equally valid, I owe this uncertainty to psychoanalysis. Fiction is my ideal form because a character, even a stand-in for me, occupies a dramatic moment, wants one thing rather than another, serves the master narration. The novel is a story rather than an assertion, a development in time rather than a statement in the eternal present of truth. Fiction suggests that no one is ever disinterested. It does not ask the author to adjudicate among his characters. It is the ultimate arena of situationist ethics.

And, on that dirty little secret of American letters, that class matters (more than is admitted), that one’s social milieu may, in fact, determine one’s trajectory if not exactly one’s “taste”:

. . . as Midwesterners, and as the children of chemical engineers and homemakers or of real estate developers and practical nurses, we experienced the arts as so foreign, even so preposterously unreasonable, that once we’d decided to embrace them we did so with lots of conviction and little discrimination. Surely it was no accident that T. S. Eliot and Ezra Pound, the two great poetic synthesists of our day, the very men who had ransacked all of world culture and could refer in the same poem to the Buddha and Sophocles or to Confucius and Jefferson—surely it was no accident that Eliot and Pound were both from the heartland. Like them we were public-library intellectuals, magpies of all knowledge, but like most autodidacts we were incapable of evaluating our sources: we usually read the wrong book. We had no notion that most writers and painters emerged out of artistic families or at least conformed to the artistic tradition of their country, time and class.

I didn’t believe in the social history of art. For me . . . writing or painting was private to the point of solipsism; it was a romantic expression of stormy individualism, not a classical reflection of a serene social milieu. The suggestion that our goals were limited or even inflected by what our parents did for a living made us writhe with impatience.

Source, one supposes, of the vasty amplitude of the “stormy” that continues to inhabit one’s poetic cohort—denying what is, mostly, batches by the thousands, and interchangeable, the “serene social milieu.” Meaning, one sees a lot of probably uncalled-for whininess, a lot of poor-posing, a lot of histrionics. That’s one (easier) way to over-comb a bald spot. The other (harder): examine the connections, investigate the ways money shapes the canon.

(I love to go off like that, assigning homework, snootingly.)

Without any pointer back to my squib of 20 July, readers scanning the beautiful and trivial Sugarhigh! today are likely to find themselves ensconced in (tarred by?) more than a usual amount of gibberish.

Out here in the Midwest, where our thuggish fathers occasionally lift “they” big heads up out of the accumulated drool in order to curse the smooth operators lately come to the penny arcades, we use the phrase “a good Joe” to indicate “un mec génial,” with not a midge-whiff, even, of the Stalinesque about it. That’s the kind of plain stuff (material) we are made of. City folks, jokes.

“In browns”? That’s easy: drab, “earth-tones,” an ordinary suit. Signifying a man without the kind of illusory “substance” a costume (or a pose) can provide. That’s how Jameson (the person) struck me, c’est tout.

The rhetoric is exactly my complaint. In the Frenchified “manifesto,” and in the poems. I, too, as a younger man, read heaps of “continental” theory. I, too, made compliant by the State (passport), and with the kind of undeniable wealth that accrues to those so compliant (growing up amongst the 4% of the world’s population who gulp down 40% of the world’s resources), voyaged mightily. I had sufficient sense to allow neither experience to become the kind of signal flag of my “work” that is liable to puff a man up so. Answer man, cancer man.

Clover, ain’t it your main man Walter Benjamin who pointed so clearly to David Octavius Hill? How it was with the little “anonymous” fishwife from New Haven, and not with the grand pre-determined pictorial compositions, that Hill tugged the new technology of photography into the world of art? Poems’ll get along fine without no theory doodads excresced, hein?

And how I love that word moron.