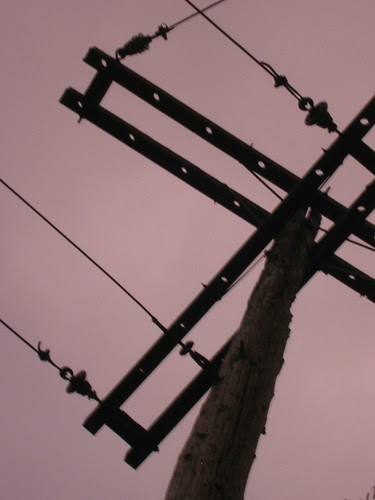 Morton Feldman, “After Modernism,” out of Give My Regards to Eighth Street: Collected Writings (Exact Change):

With modernity the painter no longer had to make that perilous transition from one world to another called “passage.” He had only to “relate” each area, and each idea. Yet it was in this transition, in this journey, that the artist learned a swiftness, a surety, a Nijinsky-like utterance of his limbs, an incredible utilization of sight, that we associate now only with the art of the past. This total involvement, this total coordination of the senses, this complete sensual experience has only very recently been captured again in Abstract Expressionism. Here, in reaction to modernity, there is an insistence that one can no longer take refuge in ideas, that thought is one thing and its realization another, the real humility does not lie in all this superrationality, but again, in trying to paint like a god.

It is becoming increasingly clear that there is no existing set of conditions on how to begin a work of art. One can begin with practically anything. This is just a matter of impetus, of energy, or wanting to “do something.” It is no longer even important how much work you put into it . . . In a sense, work is just another aspect of art’s polemic with the religious. Work is used to justify art—give it some degree of legitimacy. The main thing now is not where you begin, or even what you put into it. The main thing really is when is it finished.

Guston tells us he does not finish a painting but abandons it. At what point does he abandon it? Is it perhaps at the moment when it might become a “painting”? After all, it’s not a “painting” that the artist really wanted. There is a strange propaganda that because someone composes or paints, what he necessarily wants is music or a picture. Completion is not in tying things up, not in “giving one’s feelings,” or “telling a truth.” Completion is simply the perennial death of the artist. Isn’t any masterpiece a death scene? Isn’t that why we want to remember it, because the artist is looking back on something when it’s too late, when it’s all over, when we see it finally, as something we have lost?

The quotidian gets muffled here, the way I make my way. “Like a god.” Bicycling into the city, pausing to shoot cloud forms, that constant blue debauchery of prolix forming, deforming. Sky pieces. Some look for wires to clutter and plane the foreground. Photography is not about the “shot”—it’s about looking. Some mornings I leave the camera in the bag, and crop the sky with my eyes. If not the sky, walls, signs, surfaces. Little desire to make pictures of people. There, one moves beyond form and into “character,” slippery nets of summary and vise. Or vice. Only tableaux vivants possible: I picture something like Truman Capote’s “Black and White Ball.” Jubilance of shifting forms, unpeopled. Or I “picture” something like Goethe’s remarks on the mad playwright Jakob Lenz:

The primary purpose of this meandering manuscript was to juxtapose my talent and his; at times he seemed to claim he was my inferior, at times my equal; but the whole thing was carried off with so many humorous and felicitous turns of phrase that I gladly accepted the views he intended to convey, and all the more so because I truly held his gifts in very high esteem, and as a result was always urging him to pull himself together out of his amorphous ramblings and to exercise greater artistic control over his inborn creative talent.

Yeah. Texture pieces. None of that “intent to convey.” What I am “after” is the amorphous gathering of pinprick sharp particulars, and that they bounce on the table just so, tossed down like a bloody handful of tacks. Robbe-Grillet ain’t the first to claim a “writer has nothing to say, but only a way of saying it,” no? (And knew that that writer “a en tête des mouvements de phrases, des architectures, un vocabulaire, des constructions grammaticales, exactement comme un peintre a en tête des lignes et des couleurs.”) Rhythm, architecture, vocabulary, grammar—and a ferocious propensity to relate and arrange. (Yeah.)