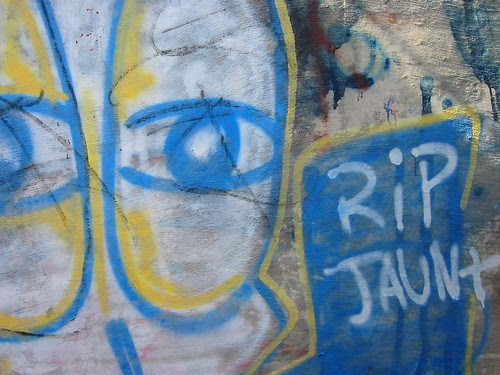 Edifying it be to get one’s (secret) (inadmissible) (anti-poetical) beliefs boosted. Some months back, commenting in Mark Scroggins Culture Industry I wrote:

I am beginning to be nagged (again) by the dirty little thought that, in fact, fiction’s got it all over poetry, that, after all, it is the “supreme” art. We shall have much to say about this.

“Much” to say—evidemment—“we” did not have—or did not elide ourselves to our inner feints and engorged gumptions long enough (industriously enough) to spell out. We were reading Stephen Wright’s Civil War era Amalgamation Polka, absolutely took by the lively prose, ferally nineteenth century and bodacious—so we backtracked to read the astounding Vietnam era first novel, Meditations in Green, equally gulling (to a poet), and eventually ripped through the MacGuffin’d-up romp that is Going Native. (A beat-up splotch-green Ford Galaxie—is that it?—I’m terrible with cars, caring the precise lacking prereq. to recall a thing like that, a big lug of machinery after all—that Galaxie provides the merest thread or tire-track—star-shine—to make out the shifting tableaux.

So, when Edmund White in “James Schuyler” in The Burning Library (the essay originally published in Dennis Cooper’s Little Caesar in 1981) goads it forth—that “much”—in high-receivables and licit uncounterfeit dander, I am more than ready for it, rocking forward for that knock on my prolix ambition, my post-poetical noggin. White:

Here’s an admission: I sometimes wonder why people bother with poetry. After all, the best novelists (Proust and Nabokov, to name just two) offer the reader page after page of language as precise, as unpredictable and as ravishing as the language of any poet—and the novelists simultaneously make their local delights serve larger structural or thematic ambitions (the generation of suspense, the play of ideas, the revelation of character, the depiction of society, the weaving of a thick, tragic sense of duration). In great fiction the language is not only satisfying in itself, but it also fulfils larger purposes of design: it is sculptural, in the round, gestural. Fiction makes a world, dense and social. Or, to change the figure, in poetry words are like notes from a flute, the tracery of a tune, whereas in fiction words are like notes of a symphony orchestra—compositional, the integers of a giant calculus.

I say all this, at the risk of seeming philistine, in order to demonstrate that I’m no friend to poetry unless it is indispensable to me, unless in does something no prose could emulate.

White proceeds, then, with something of a novelist’s clumsiness, to defend Schuyler’s shorter lyric poems on the basis of unrivaled “music” (“phrasing, breathing and the placement of patterns of sound”) while letting the longer meditative pieces triumph under a “novelistic sense of duration, of life being lived through slow accretion, change, repetition.” A cake and eat solution surely.

Maybe the feistiness, that whininess, is hard-wired in—long ensconced in refusals to admit the novelist’s precedence, one falls to querulousness and pique amidst one’s fellows, a sort of replacement therapy of the second-rater. Listen: howls. Elsewhere in White’s book, he quotes William Burroughs in The Job, a litany of investments: “The police have a vested interest in criminality. The Narcotics Dept. has a vested interest in addiction . . .” I want to add (knowing how hard it is to mount an opposition with none to oppose—I think of my years as an agreeably bashful naturalist in the untidy woods of northern Michigan): “the post-avant apologist has a vested interest in the School of Quietude. The poet has a vested interest in commercial fiction.” One needs, after all, a pretext for any oppositional practice, which is, too often, the shelter of the epigone, which is to say, most everybody—fons et origo once-in-a-blue-moon self-starter genius aside. Huh.