Melville “Concerning the Publication of . . . Verses” 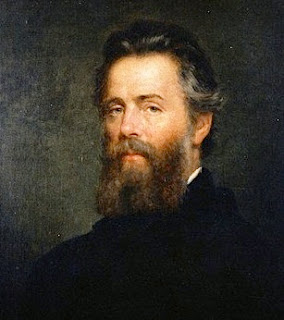 Out of The Letters of Herman Melville (1960), a document with note dated 22 May 1860, Pittsfield, addressed to Melville’s younger brother Allan Melville (1823-1872) in New York. Melville’d written to editor Evert A. Duyckinck the day preceding that he’d be off shortly to “voyage around Cape Horn” and alerted him to “the arrival of the M.S.S. in New York,” asking—maritime lingo readily salting the tongue—that Duyckinck “lend something of an overseeing eye to the launching of this craft—the committing of it to the elements . . .”:

Memoranda for Allan
concerning the publication of my verses.
1—Don’t stand on terms much with the publisher—half-profits after expenses are paid will content me—not that I expect much “profits”—but that will be a fair nominal arrangement—They should also give me 1 doz. copies of the book—
2—Don’t have the Harpers.—I should like the Appletons or Scribner—But Duycinck’s advice will be good here.
3—The sooner the thing is printed and published, the better—The “season” will make little or no difference, I fancy, in this case.
4—After printing, dont let the book hang back—but publish, & have done.
5—For God’s sake don’t have By the author of “Typee” “Piddledee” &c on the title-page.
6—Let the title-page be simply,
Poems
by
Herman Melville.
7—Dont have any clap-trap announcements and “sensation” puffs—nor any extracts published previous to publication of book—Have a decent publisher, in short.
8—Don’t take any measures, or make inquiries as to expediency of an English edition simultaneous with the American—as in case of “Confidence Man.”
9—In the M.S.S. each piece is on a page by itself, however small the piece. This was done merely for convenience in the final classification; and should be no guide for the printer—Of course in printing two or more pieces will sometimes appear on the same page—according to length of pieces &c. You understand—
10—The poems are divided into books as you will see; but the divisions are not called books—they are only numbered—Thus it is in the M.S.S., and should be the same in print. There should be a page with the number between every division.
11—Anything not perfectly plain in the M.S.S. can be referred to Lizzie—also have the M.S.S. returned to her after printing.
12—Lizzie should by all means see the printed sheets before being bound, in order to detect any gross errors consequent upon misconstruing the M.S.S.—

These are the thoughts which hurriedly occur to me at this moment. Pardon the abruptness of their expression, but time is precious.—

—Of all human events, perhaps, the publication of a first volume of verses is the most insignificant; but though a matter of no moment to the world, it is still of some concern to the author,—as these Mem. show—Pray therefore, don’t laugh at my Mem. but give heed to them, and so oblige
Your brother
Herman—
May 22d
1860

Expressed with all the errant finickiness and lassitude of the poetickal “breed.” That sense of unappeased confidence vacillating against shrugged-off import. (I think suddenly of the contradictory opening lines of James Tate’s “Coda”: “Love is not worth so much; I regret everything.”) And likely—Melville’s memo—remaining pertinent “concerning the publication of . . . verses” today. Usual upshot: no book resulted from the effort.
Posted by John Latta at 6:14 AM