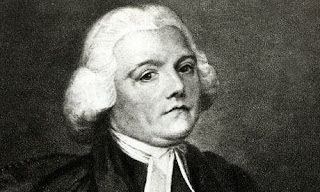 Rainy and cold weekend. Minimal tromping in the hills, maximal foundering in hesitance and “right habondant” regret, that infrequent soul-nourisher of the introspective, the restless, and the stuck. Out Sunday into a brief burst of sun. In a grassy wet area next to an enormous red barn off Trinkle Road, three sandhill cranes doing their quizzical slow-chug walk. With a solitary peevish crow harassing a couple of meadowlarks into constant short flights, bursting up all tail. At West Lake a towhee rummaging in the leaf litter along a rotting log. Two red-tailed hawks circling high up over the cornfields. A bluebird in a shiny-leaved oak calling out in a tremulous little voice, nonplussed by waver and restraint.

Out of the Reverend Gilbert White’s The Natural History and Antiquities of Selborne, in the county of Southampton (1789), a letter addressed to the Honorable Daines Barrington, dated 20 May 1777:

Dear Sir—
Lands that are subject to frequent inundations are always poor; and probably the reason may be because the worms are drowned. The most insignificant insects and reptiles are of much more consequence, and have much more influence in the œconomy of Nature, than the incurious are aware of; and are mighty in their effect, from their minuteness, which renders them less an object of attention; and from their numbers and fecundity. Earth-worms, though in appearance a small and despicable link in the chain of Nature, yet, if lost, would make a lamentable chasm. For, to say nothing of half the birds, and some quadrupeds which are almost entirely supported by them, worms seem to be the great promoters of vegetation, which would proceed but lamely without them, by boring, perforating, and loosening the soil, and rendering it pervious to rains and the fibres of plants, by drawing straws and stalks of leaves and twigs into it; and, most of all, by throwing up such infinite numbers of lumps of earth called worm-casts, which, being their excrement, is a fine manure for grain and grass. Worms probably provide new soil for hills and slopes where the rain washes the earth away; and they affect slopes, probably to avoid being flooded. Gardeners and farmers express their detestation of worms; the former because they render their walks unsightly, and make them much work: and the latter because, as they think, worms eat their green corn. But these men would find that the earth without worms would soon become cold, hard-bound, and void of fermentation; and consequently steril: and besides, in favour of worms, it should be hinted that green corn, plants, and flowers, are not so much injured by them as by many species of coleoptera (scarabs), and tipulæ (long-legs) in their larva, or grub-state; and by unnoticed myriads of small shell-less snails, called slugs, which silently and imperceptibly make amazing havoc in the field and garden.*
These hints we think proper to throw out in order to set the inquisitive and discerning to work.
A good monography of worms would afford much entertainment and information at the same time, and would open a large and new field in natural history. Worms work most in the spring; but by no means lie torpid in the dead months; are out every mild night in the winter, as any person may be convinced that will take the pains to examine his grass-plots with a candle; are hermaphrodites, and much addicted to venery, and consequently very prolific.


* Farmer Young, of Norton-farm, says that this spring (1777) about four acres of his wheat in one field was entirely destroyed by slugs, which swarmed on the blades of corn, and devoured it as fast as it sprang.

Out of the introductory chapter of Charles Darwin’s final monograph The Formation of Vegetable Mould, through the Action of Worms, with Observations on Their Habits (1881):

The share which worms have taken in the formation of the layer of vegetable mould, which covers the whole surface of the land in every moderately humid country, is the subject of the present volume. This mould is generally of a blackish colour and a few inches in thickness. In different districts it differs but little in appearance, although it may rest on various subsoils. The uniform fineness of the particles of which it is composed is one of its chief characteristic features; and this may be well observed in any gravelly country, where a recently-ploughed field immediately adjoins one which has long remained undisturbed for pasture, and where the vegetable mould is exposed on the sides of a ditch or hole. The subject may appear an insignificant one, but we shall see that it possesses some interest; and the maxim “de minimis lex non curat,” does not apply to science. Even Elie de Beaumont, who generally undervalues small agencies and their accumulated effects, remarks, « la couche très-mince de la terre végétale est un monument d’une haute antiquité, et, par le fait de sa permanence, un objet digne d’occuper le géologue, et capable de lui fournir des remarques intéressantes. » Although the superficial layer of vegetable mould as a whole no doubt is of the highest antiquity, yet in regard to its permanence, we shall hereafter see reason to believe that its component particles are in most cases removed at not a very slow rate, and are replaced by others due to the disintegration of the underlying materials.
As I was led to keep in my study during many months worms in pots filled with earth, I became interested in them, and wished to learn how far they acted consciously, and how much mental power they displayed. I was the more desirous to learn something on this head, as few observations of this kind have been made, as far as I know, on animals so low in the scale of organization and so poorly provided with sense-organs, as are earth-worms.
In the year 1837, a short paper was read by me before the Geological Society of London, “On the Formation of Mould,” in which it was shown that small fragments of burnt marl, cinders, &c., which had been thickly strewed over the surface of several meadows, were found after a few years lying at the depth of some inches beneath the turf, but still forming a layer. This apparent sinking of superficial bodies is due, as was first suggested to me by Mr. Wedgwood of Maer Hall in Staffordshire, to the large quantity of fine earth continually brought up to the surface by worms in the form of castings. These castings are sooner or later spread out and cover up any object left on the surface. I was thus led to conclude that all the vegetable mould over the whole country has passed many times through, and will again pass many times through, the intestinal canals of worms. Hence the term “animal mould” would be in some respects more appropriate than that commonly used of “vegetable mould.”

Several pages later, Darwin’s only nod to Gilbert White: “It has often been said that under ordinary circumstances healthy worms never, or very rarely, completely leave their burrows at night; but this is an error, as White of Selborne long ago knew. In the morning, after there has been heavy rain, the film of mud or of very fine sand over gravel-walks is often.”
Posted by John Latta at 6:23 AM