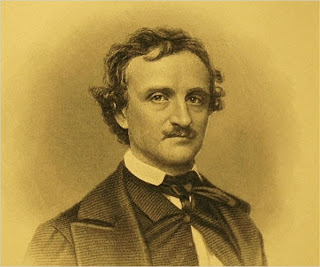 Out of William Carlos Williams’s In the American Grain (1925). Williams (in the chapter “Père Sebastian Rasles”) talking with Valéry Larbaud in Paris (“this center of old-world culture where everyone was tearing his own meat, warily conscious of a newcomer, but wholly without inquisitiveness—No wish to know”—now, certes, caught up by the greasy smear of renegade globalism, there is nothing except “old-world culture,” the antic perspicuity of its ambiance betrayed by the regularity of its implacable refusals, its brutal ruts):

. . . Who are we? Degraded whites riding our fears to market where everything is by accident and only one thing sure: the fatter we get the duller we grow; only a simpering disgust (like a chicken with a broken neck, that aims where it cannot peck and pecks only where it cannot aim, which a hog-plenty everywhere prevents from starving to death) reveals any contact with a possible freshness—and that only by inversion. Shall I never bring a look to bear which is not tawdry? . . . Must I make a choice between to scream like a locomotive or to speak not at all? . . . In the din we die—and rot into the magazines and newspapers—and books by the million—Books. We had mentioned books. We have no books, I said.

“In the din.” Everywhere in In the American Grain a sense of what Williams calls (in the “Poor Richard” chapter) “a mass of impedimenta” or (in the “Edgar Allan Poe” chapter) “the inchoate mass . . . the formless mass.” Writing, the work of it, becomes a way to “detach SOMETHING . . . detach a ‘method’ from the smear of common usage.” Of Poe (“a light in the morass”):

He has a habit, borrowed perhaps from algebra, of balancing his sentences in the middle, or of reversing them in the later clauses, a sense of play, as with objects, or numerals which he has in the original, disassociated, that is, from other literary habit; separate words which he feels and turns about as if he fitted them to his design with some sense of their individual quality: “those who belong properly to books, and to whom books, perhaps, do not quite so properly belong.”

“Fitted . . . design . . . their individual quality.” All the makings of Williams’s eventual “machine made out of words.” How tangible the material word, the word “to whom books . . . do not quite so properly belong.” And, quoting lines out of Poe’s 1844 review in Graham’s Magazine of R. H. Horne’s Orion: an Epic Poem in Three Books:

“If a man—if an Orphicist—or SEER—or whatever else he may choose to call himself, while the rest of the world calls him an ass—if this gentleman have an idea which he does not understand himself, the best thing he can do is to say nothing about it; . . . but if he have any idea which is actually intelligible to himself, and if he sincerely wishes to render it intelligible to others, we then hold it as indisputable that he should employ those forms of speech which are the best adapted to further his object. He should speak to the people in that people’s ordinary tongue. He should arrange words such as are habitually employed for the preliminary and introductory ideas to be conveyed—he should arrange them in collocations such as those in which we are accustomed to see those words arranged.” “Meantime we earnestly ask if bread-and-butter be the vast IDEA in question—if bread-and-butter be any portion of this vast idea? for we have often observed that when a SEER has to speak of even so usual a thing as bread-and-butter, he can never be induced to mention it outright . . .”
The language of his essays is a remarkable HISTORY of the locality he springs from. There is no aroma to his words, rather a luminosity, that comes of a disassociation from anything else than thought and ideals; a coldly nebulous, side to side juxtaposition of the words as the ideas—It seems to fall back continuously to a bare surface exhausted by having reached no perch in tradition. Seldom a long or sensuous sentence, but with frequent reduplication upon itself as if holding itself up by itself.

I think (reading the Poe quote) of Wordsworth’s experiment (divulged in the “Preface” to the 1800 Lyrical Ballads) at “fitting to metrical arrangement a selection of the real language of men in a state of vivid sensation.” Or I think of Pound’s assigning to Ford Madox Ford (in Pound’s 1916 memoir Gaudier-Brzeska, a book Williams likely read) the—rather perilous, though seemingly pertinent—belief that “good prose is just your conversation.”

I see today, accidently, marks the anniversary of Poe’s death. Another Williams salvo (for the pertinence of its counsel, for the brusquerie of its insistence):

He abhorred the “excessively opportune.”—Of course, he says, to write of the Indians, the forests, the great natural beauty of the New World will be attractive and make a hit—so he counsels writers to AVOID it . . . His whole insistence has been upon method, in opposition to a nameless rapture over nature. He admired Claude Lorraine. Instead of to hog-fill the copied style with a gross rural sap, he wanted a lean style, rapid as a hunter and with an aim as sure. One way, in the New World, men must go. Bust gut or acute wit. Find the ground, on your feet or on your belly. It is a fight. He counsels writers to borrow nothing from the scene, but to put all the weight of effort into the WRITING. Put aside the GRAND scene and get to work to express yourself. Method, punctuation, grammar—