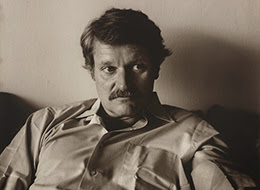 Out of the cormorancy: a John Ashbery prose piece called “The Egyptian Helen.” In a note appended to the “Introduction” to Ashbery’s Selected Prose (2004), editor Eugene Richie—conjecturally assembling “seminal texts in a representative selection of Ashbery’s prose poetry and fiction”—lists its provenance thus: “‘The Egyptian Helen,’ written in 1952, is a short story that I found in a folder in Ashbery’s desk drawer in his apartment in Chelsea and that was subsequently published, first as an appendix to Rosanne Wasserman’s doctoral thesis, ‘Helen of Troy: Her Myth in Modern Poetry’ . . . and later in the English-Russian magazine Gnosis 11 (Winter 1995), edited by the poet Victoria Andreyeva and the fiction writer Arkady Rovner.” Gnosis proved introuvable. What’s here is the piece as recopied out of Wasserman’s 1986 CUNY dissertation. Of the Greeks, Euripides, Stesichorus, and Herodotus all put Helen in Egypt during the Trojan War. In Euripides’s Helen, the Helen who runs off to Troy with Paris is a likeness constructed by Hera, an eidolon, phantom. Ashbery’s story:

Isn’t it the ending that seems most particularly Ashberyesque? The taut reciprocity of “tugging excitedly at its moorings” versus the “silvery sail” being “shot . . . up into the blue night sky.” That sail, full of salutation and possibility—I think of the ending of the prose poem “For John Clare” in The Double Dream of Spring (1970): “So their comment is ‘No comment.’ Meanwhile the whole history of probabilities is coming to life, starting in the upper left-hand corner, like a sail.” Or of the sail at the end of the eponymous poem of Houseboat Days (1977):

A little simple arithmetic tells you that to be with you
In this passage, this movement, is what the instance costs:
A sail out of some afternoon, beyond amazement, astonished,
Apparently not tampered with. As the rain gathers and protects
Its own darkness, the place in the slipcover is noticed
For the first and last time, fading like the spine
Of an adventure novel behind glass, behind the teacups.*

A sail out of some afternoon, like the clear dark blue
Eyes of Harold in Italy, beyond amazement, astonished,
Apparently not tampered with. . . .

Subsequently truncated for the Selected Poems (1985)—the only instance of post-book-publication revising by Ashbery I know of.