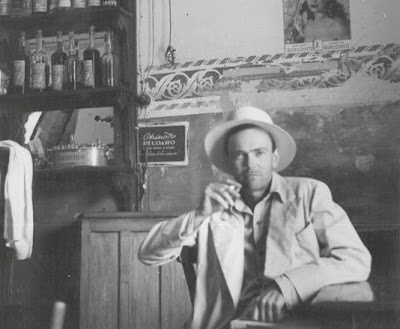 Oh to be fleet and capacious and omnivorous like—and one pauses to random the brain’s pert inessential byways and furrows for some mythological beast not forthcoming, only to conclude, albeit reluctantly—like capital itself, voracious and consuming. To prehend invariably the multitudinous array, prehensile in the scrabblings, a mild indefatigable seizure in the gleanings, piling up unsortables in new and “uninstituted” ways. Institute: out of the Latin instituĕre to set up, in + statuĕre, see the Latin statūtum ordinance, see status, see station, see state. Long string of immovables. Henry David Thoreau, out of a Journal entry dated 19 August 1851:

The way in which men cling to old institutions after the life has departed out of them & out of themselves reminds me of those monkies which cling by their tails—aye whose tails contract about the limbs—even the dead limbs of the forest and they hang suspended beyond the hunters reach long after they are dead   It is of no use to argue with such men   They have not an apprehensive intellect but merely as it were a prehensile tail. Their intellect possesses merely the quality of a prehensile tail. The tail itself contracts around the dead limb even after they themselves are dead–and not till corruption takes place do they fall.

The poet must be continually watching the moods of his mind as the astronomer watches the aspects of the heavens. What might we not expect from a long life faithfully spent in this wise—the humblest observer would see some stars shoot.—A faithful description as by a disinterested person of the thoughts which visited a certain mind in 3 score years & 10 as when one reports the number & character of the vehicles which pass a particular point. As travellers go round the world and report natural objects & phenomena—so faithfully let another stay at home & report the phenomena of his own life. Catalogue stars—those thoughts whose orbits are as rarely calculated as comets   It matters not whether they visit my mind or yours—whether the meteor falls in my field or in yours—only that it comes from heaven. (I am not concerned to express that kind of truth which nature has expressed. Who knows but I may suggest some things to her. Time was when she was indebted to such suggestions from another quarter—as her present advancement shows. I deal with the truths that recommend themselves to me please me—not those merely which any system has voted to accept.) A meteorological journal of the mind—   You shall observe what occurs in your latitude, I in mine.

I love the sly cheekiness of a kind of self-appointed divinity in Thoreau’s “I may suggest some things” to nature, “Time was when she was indebted to such suggestions from another quarter.” Too, I think of Williams’s call—in Spring and All (1923)—for “the perfection of new forms as additions to nature.” Against “the falseness of attempting to ‘copy’ nature.” Little sense of any Williams’s history of reading Thoreau. I see a single (odd and rather unfathomable) reference in Williams’s Selected Letters. Writing to Robert Lowell about Lord Weary’s Castle (26 September 1947):

. . . it’s interesting to me that you have found a way to mention local place names without that jumping out of context which so often occurs to make a work false sounding. It’s very hard to treat of American things and name them specifically without a sense of bathos, of bad sentimental overlap resulting. Look at the John Brown thing. Look even at Thoreau. Something happens, something happened even to Henry Adams, even to Henry James when the United States was mentioned. It is very difficult and somewhat obscure what happens—but you have got by nicely I think. Maybe its because you anchored your data in ground common to Europe and to Christianity—if that has to be.

Williams, seemingly in the course of writing, succinctly (and sweetly) putting Lowell in the European camp (that is, a tradition antithetical to Williams’s own). Bathos in Thoreau? Place names in the 19 August 1851 entry: “PM   to Marlboro Road via Clamshell Hill—Jenny Dugan’s—Round Pond   Canoe Birch road (Dea Dakins) & White Pond.—” Isn’t bathos a predominantly literary failing? Odd that Williams’d fret that.

I commenced with the “fleet and capacious and omnivorous” thing because I’d just reread some of the gastronome and architect Aldo Buzzi’s marvelous Journey to the Land of the Flies and Other Travels (1996). Admired, particularly Buzzi’s unexpected and extravagant pile of gleanings here:

In 367 B.C., with the tragedy The Ransom of Hector, performed in Athens, Dionysus won a literary prize and, like a good Sicilian, wished to celebrate the event with a banquet. I don’t know if, like his fellow citizen Charmos, he kept at hand, while he ate, verses of Homer and Euripides and proverbs to cite in relation to every dish that was placed before him; but as for the food, it is probable that he regulated himself according to the ancient equivalent of the Sicilian saying “There is always room for an unexpected mouthful.” As often happens with tyrants, he exaggerated. He died at table, where one can put off old age but not death. (Nor did his tragedy survive him; already judged mediocre by contemporaries, it confirms that even in antiquity literary prizes tended to be awarded to mediocre works.)
Two very special dishes have, by force of circumstance, eluded me: stigghiole, seen only from a distance on a street in Messina (as I was passing in a car, with no possibility of stopping, I saw the unmistakable azure smoke); and scuma (foam), the finest spaghetti, thinner than angel hair, a specialty of Catania, the city of the great physicist Ettore Majorana, who let his hair grow very long, like a like a generous portion of scuma, in order not to waste time at the barber’s. As the young Stendhal did, too.

Making room for that casual appendage of “the young Stendhal.”
Posted by John Latta at 7:00 AM