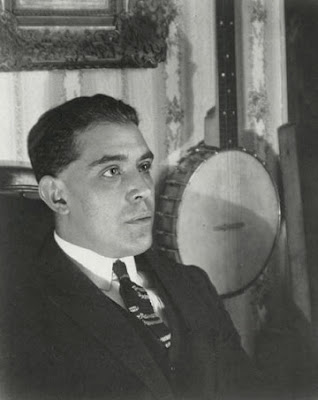 Rainy cold morning. Out yesterday into the 32º Fahrenheit sun-up at West Lake. High blue sky with a few sweeps of clouds. The ongoing tumult and ruckus of several bluebirds, sun “steaming” the frost off the gone-to-seed goldenrods. Three wood ducks in the deadwood swamp. Sharp-looking white-crowned sparrow in a brushy corner of the old field, its rose-orange bill under the emphatic striped cap. Something to etch into memory, a hold against the onslaught of days. (Calvino, quoting Leonardo da Vinci’s rendering of some immense “antediluvian sea monster,” evidenced by marine fossils found in mountain rock: “Oh how many times were you seen among the waves of the great swollen ocean, looming like a mountain, defeating and overwhelming them, and with your black bristly back furrowing the sea waters, and with stately and grave bearing!”)

Re-reading swathes of Williams: Out of the Selected Letters, a lengthy number—dated only “[1932]”—addressed to Kay Boyle:

. . . I have no belief in the continuity of history.* To me the classic lives now just as it did then—or not at all. The “Greek” is just as much in Preakness as it was in Athens. Everything we know is a local virtue—if we know it at all—the only difference between the force of a great work and a lesser one being lack of brain and fire in the second. In other words, art can be made of anything—provided it be seen, smelt, touched, apprehended and understood to be what it is—the flesh of a constantly repeated permanence. This must be a lot of bosh to anyone who isn’t intimate with the materials. But to one who is working with the stuff it may mean something. If not—
But it doesn’t mean enough to create form. It means this however—that whatever form we create during the next ten years will be, in excellence, like all the classic inventions, a new thing, a thing intrinsic in the times. It will probably foretell the decade that is to follow it. It will take its shape from the character of its age, not the “social” character, if so positively, not satirically. It will not be the symptom of a chronic bellyache or—something else. It will be like no classic which has preceded it. Why do we not read more of Juan Gris? He knew these things in painting and wrote well of them.
I have been working with prose, since I didn’t know what to do with poetry. Perhaps I have been in error. Maybe I should be slaving at verse . . .

All I can see finally to rely on is the seriousness of poetry itself, that it stands equal to any endeavor. The fact that it takes us, turns over the mind, because the required form is not easy to come at, discloses its pertinence to the time and the intelligence. That must be the beginning, as it is about all there is to take hold of. There is, you see, in our minds the possibility of a technique which may be used. It must be large enough, free enough, elastic enough, new enough yet firm enough to hold the new well, without spilling. It must have a form.

I love Williams’s irascibility, and contradictoriness. (He notes, like Whitman: “I myself can be accused of contradictions. Possibly I have contradicted myself.”) Of Juan Gris: there’s a lecture called “On the Possibilities of Painting,” delivered to students of philosophy at the Sorbonne in 1924. In it:

One of my friends, a painter,** has written: “Nails are not made from nails but from iron.” I apologize for contradicting him, but I believe exactly the opposite. Nails are made from nails, for if the idea of the possibility of a nail did not exist in advance, there would be a serious risk that the material might be used to make a hammer or a curling tong.
A painting is not made simply with canvas, brushes and colours. One can produce a landscape, a nude woman, gleaming saucepans, triangles or squares, but there will be no painting unless the idea of painting exists a priori. We must therefore try to find out what painting consists of and from what it springs.

Pertinent to the seriousness of Williams’s search for what he calls—lovely definition of art—”flesh of a constantly repeated permanence.” Poems are not made from words, poems are made from poems.


* A line that Anselm Berrigan seizes for use in “Zero Star Hotel,” the long patchwork quilt-like piece he dedicates “for Douglas Oliver (1937-2000)”: “you know, I think / enough of me / to understand that / I have no belief / in the continuity / of history, if anyone / had died I could / like anyone, they’d / like me and feel / flattery towards objects”