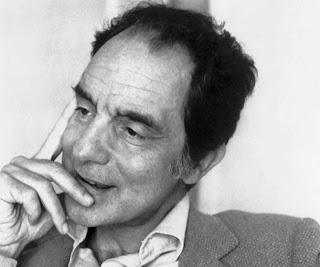 Rain at four a.m. A low pressure system elbowing its way east: sensed in the balmy air, fish-scented. Unexpected after a cold weekend of high blue sky and autumnal clarity. Early Sunday out at sunup to tromp the Leonard Preserve, old prairie fields and hardwoods along the River Raisin near Manchester. Driving out: a straight line, single file, of black-faced sheep cutting down a briar-covered hill. A garden of particolored quilts, lumpy and meager, thrown over tomatoes against the frost. A red-tailed hawk hunched on a telephone pole, inscrutable, noiselessly turning to look. At the Preserve: air with an uncommon sweet smell, hint of strawberries, some unfathomable resin, some tang. Tiny kinglets in the shrubberies: both ruby- and golden-crowned. Five or six wild turkeys crowding the path, twenty or thirty feet away, ambling off into the tall grass. Osage oranges, their brain-lobed fruit. A red-headed woodpecker working the deadwood near the river. Plenty of deer: “coughing” and bounding, or standing perfectly still to look back in that placid half-knock-kneed way.

In the lecture called “Quickness” in Italo Calvino’s Six Memos for the Next Millennium (1988), he quotes Carlo Levi writing about Lawrence Sterne’s Tristram Shandy:

The clock is Shandy’s first symbol. Under its influence he is conceived and his misfortunes begin, which are one and the same with this emblem of time. Death is hidden in clocks, as Belli said . . . Tristram Shandy does not want to be born, because he does not want to die. Every means and every weapon is valid to save oneself from death and time. If a straight line is the shortest distance between two fated and inevitable points, digressions will lengthen it; and if these digressions become so complex, so tangled and tortuous, so rapid as to hide their own tracks, who knows—perhaps death may not find us, perhaps time will lose its way, and perhaps we ourselves can remain concealed in our shifting hiding places.

Calvino’s reply to Levi (and Sterne):

Because I am not devoted to aimless wandering, I’d rather say that I prefer to entrust myself to the straight line, in the hope that the line will continue into infinity, making me unreachable. I prefer to calculate at length the trajectory of my flight, expecting that I will be able to launch myself like an arrow and disappear over the horizon. . . .

Whence he proceeds into a lovely digress:

From my youth on, my personal motto has been the old Latin tag, Festina lente, hurry slowly. Perhaps what attracted me, even more than the words and the idea, was the suggestiveness of its emblems. You may recall that the great Venetian humanist publisher, Aldus Manutius, on all his title pages symbolized the motto Festina lente by a dolphin in a sinuous curve around an anchor. The intensity and constancy of intellectual work are represented in that elegant graphic trademark, which Erasmus of Rotterdam commented on in some memorable pages. But both dolphin and anchor belong to the same world of marine emblems, and I have always preferred emblems that throw together incongruous and enigmatic figures, as in a rebus. Such are the butterfly and crab that illustrate Festina lente in the sixteenth-century collection of emblems by Paolo Giovio. Butterfly and crab are both bizarre, both symmetrical in shape, and between them establish an unexpected kind of harmony.

Words pertinent to my reading, with pleasure, of Thomas De Quincey’s memoirs (written c. 1834-40) of Coleridge—here out of the David Wright-edited Recollections of the Lakes and the Lake Poets (1970). (See De Quincey’s numerous—and, I suspect, rather lamented by some readers—self-urgings “to resume the thread of my wandering narrative.”) A lovely example regarding Coleridge’s father, “a learned clergyman, the vicar of Ottery St Mary,” seemingly a man whose errantry, caprice and waywardness aligns with Coleridge’s own. De Quincey:

His father was described to me, by Coleridge himself, as a sort of Parson Adams, being distinguished by his erudition, his inexperience of the world, and his guileless simplicity. I once purchased in London, and, I suppose, still possess, two elementary books on the Latin language by this reverend gentleman; one of them, as I found, making somewhat higher pretensions than a common school grammar. In particular, an attempt is made to reform the theory of the cases; and it gives a pleasant specimen of the rustic scholar’s naiveté, that he seriously proposes to banish such vexatious terms as the accusative; and, by way of simplifying the matter to tender minds, that we should call it, in all time to come, the ‘quale-quare-quidditive’ case, upon what incomprehensible principle I never could fathom. He used regularly to delight his village flock, on Sundays, with Hebrew quotations in his sermons, which he always introduced as the ‘immediate language of the Holy Ghost.’

Dining in a large party, one day, the modest divine was suddenly shocked by perceiving some part, as he conceived, of his own snowy shirt emerging from a part of his habiliments, which we shall suppose to have been his waistcoat. It was not that; but for decorum we shall so call it. The stray portion of his supposed tunic was admonished of its errors by a forcible thrust back into its proper home; but still another limbus persisted to emerge, or seemed to persist, and still another, until the learned gentleman absolutely perspired with the labour of re-establishing order. And, after all, he saw with anguish, that some arrears of the snowy indecorum still remained to reduce into obedience. To this remnant of rebellion he was proceeding to apply himself—strangely confounded, however, at the obstinacy of the insurrection—when the mistress of the house, rising to lead away the ladies from the table, and all parties naturally rising with her, it became suddenly apparent to every eye, that the worthy Orientalist had been most laboriously stowing away, into the capacious receptacles of his own habiliments, the snowy folds of a lady’s gown, belonging to his next neighbour; and so voluminously, that a very small portion of it, indeed, remained for the lady’s own use; the natural consequence of which was, of course, that the lady appeared almost inextricably yoked to the learned theologian, and could not in any way effect her release, until after certain operations upon the Vicar’s dress, and a continued refunding and rolling out of snowy mazes upon snowy mazes, in quantities which, at length, proved too much for the gravity of the company. . . .

Festina lente. I recall a story out of Charles Sprawson’s terrific book about swimming, Haunts of the Black Masseur: The Swimmer as Hero (1992). To wit: “When still a schoolboy in London, Coleridge was once walking down the Strand revolving his arms in imitation of Leander swimming the Hellespont. A passerby presumed that this was a novel method of pickpocketing and after apprehending him was so struck by Coleridge’s scholarly explanation that he gave him a ticket to a circulating library in the city . . .” Festina lente. Rabbit in a snail’s shell. Tortoise outfitted with tall mast and a billowing sail.
Posted by John Latta at 6:42 AM