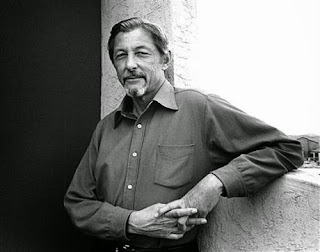 I can not write the thing you want. . . . If I were to go on to give you all my reasons—you would pronounce me a bore, so I will not do that. You must be content to beleive that I have reasons, or else I would not refuse so small a thing.—As for the Daguerreotype (I spell the word right from your sheet) that’s what I can not send you, because I have none. And if I had, I would not send it for such a purpose, even to you.—Pshaw! you cry—& so cry I.—“This is intensified vanity, not true modesty or anything of that sort!”—Again, I say so too. But if it be so, how can I help it. The fact is, almost everybody is having his “mug” engraved nowadays; so that this test of distinction is getting to be reversed; and therefore, to see one’s “mug” in a magazine, is presumptive evidence that he’s a nobody. So being as vain a man as ever lived; & beleiving that my illustrious name is famous throughout the world—I respectfully decline being oblivionated by a Daguerretype (what a devel of an unspellable word?)

Whence—possibly—Susan Howe’s lovely and sense-troubling line out of “Melville’s Marginalia” (The Nonconformist’s Memorial, 1993): “Skipping oblivion for forfeit . . .” In context:

Morality I will not thought

Along the glistening shore

we tramp to leave their print

foraging for fuel in copses

Saw that the saw sawed thought

Wide universe no matter what

that their thought may go out

the margin s mile of welcome

Atoms of blood presumably are round and smooth, gliding past one another without discomfort—in contrast to those of iron, which must be harsh and coarse. Atoms comprising a soul I imagine to be gelatinous or immature because of unfulfilled promise. Atoms of flesh must be formless—inert and sluggish. As to the brain, I suspect its particles are nimble, elusive. Philosophers argue that we should not speculate like apostles on substantial employment since time works about us, quilting and scoring innocence. I myself think arguments of philosophy more fatuous and sterile than breezes ruffling the North Sea. What sick man hearing them ever shook off his grievance?

I prescribe long ocean voyages to counterbalance enervation because water serves as a powerful adjuvant toward phantasy, but if asked to explain this animus—I cannot. Or by gazing toward the wintry shoulder of Albristhorn I willingly rejoice with little comprehension. Hapless I reflect on my beginning in a yellow cloak, a student burrowing at darkness, an unread apothecary calculating circles by a cupping-glass whose vitals quaked at the sight of green wounds. I think I must be very far from the lap of eternity, stippled by pinchbeck rhetoric, Arabian conjecture. I am an alchymic doctor at the rim of the world and five days have I traveled without a compass.

And, cut loose into the soubresauts of inconstancy, its manic traceries: “Through stages of flux we plummet—dizzily revolving corks that whirl around a watery vortex—incapable of resisting our own volition yet quick and anxious to explain anagrams secured within the closet of matter, redefining symmetries that are but the meanest crust of nature.”
Posted by John Latta at 6:15 AM