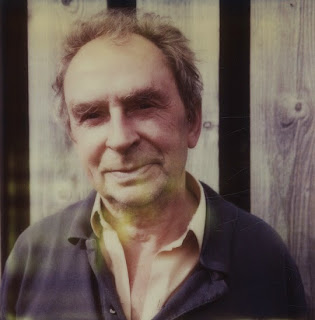 . . . I am puzzling, and agonising, about a sort of extension of the one-word poem idea . . Not the 2-word poem, exactly, but the fragment, on isolated phrase, which is somehow soaked in meaning, in an un-obvious way . . Such poems would be a sort of equivalent of those corners, in farmyards, or wherever, which seem inexplicably to ‘contain’ some elusive meaning, in the form a few nettles, a shadow, and an old sack . . . The ‘fragment’ has obvious affinities with the concrete poem, in that both are ‘self-sufficient’ and ‘unexplained’. But one cannot have the fragmentary fragment, unless one does what my new friend, Prof. Guy Davenport, did in his Archilochos and Sappho translations—simply allow the historical fact of fragmentation to forgive what would be impermissible in a contemporary poem . . I am always convinced that one has poems without number inside one, and that the real problem is always to find the form which will allow them to exist. This is why I have sometimes toyed with the idea of pseudo-translation (just as various people seem to have assumed that Archilochos was Guy Davenport’s invention, which he of course was not). But such a solution is unsatisfactory, and I suppose I must content myself with the odd fragment that is not fragmentary, while rejecting the ones which seem as full of ‘content’ but don’t fulfil the other obligations of the contemp. poem. By the way, did I ever send you one my favourite one-worders—which I am having (I hope) done on a stone:

The Water’s Breast And
ripples

or (a great favourite)

which is the germ of a whole new method, if I could see it.

The world must be romanticized. Only thus will we rediscover its original meaning . . . If I give a higher meaning to the everyday, a mysterious aspect to the ordinary, the dignity of the unfamiliar to the familiar, the nom de plume Novalis to the name Friedrich von Hardenberg, then I am romanticizing it.

And, too, some lines out of Finlay’s “Camouflage Sentences”: “Realism is a style which purports to be, and is at first often taken to be, without camouflage.” And: “Every style in art is a camouflage through which, by our own reconstruction, we think we see ‘real’ nature.”
Posted by John Latta at 7:42 AM