Rain, and the yellow slicker’d bicyclist squinting into it, its shabby dialectical slatternliness. Solitary skank crow tensing down into a crouch, pre-flight spring loading. How the percepts cock and release. Enrique Vila-Matas says Rilke says “Scale the depths of things; irony will never descend there.” A seemingly perfect irony there: scale, its mount and measure. See The Boke of Noblesse: “To aproche the towne for to scale yt.” See Nietzsche’s lovely aphorism: “From what you would know and measure, you must take leave, at least for a time. Only after having left town, you see how high its towers rise above the houses.” The depths a kind of ascent—a dodge against irony—call’d into question by the formula itself. At the heart of Enrique Vila-Matas’s Never Any End to Paris, an irony-inflect’d reassessment of one’s own “funereal literary debut”—“a funereal monument—like Tutankhamen’s tomb: whoever opens it dies”— a “poisonous and criminal book” call’d The Lettered Assassin:

I decided my novel would be organized in the form of a prologue and commentaries on a manuscript fo poetic prose that would appear in the middle of the book. I wrote the prologue, and then, one after another, with exasperating slowness due to my being a novice writer, came the diabolical notes or commentaries, behind which crouched the Death of the unsuspecting reader who, toward the middle of the book, would unknowingly read the manuscript that, as my malevolent narrator would reveal at the end of the book, caused the death of all who read it.

Evident tenderness towards one’s own younger self: “with intellectual glasses and a ridiculous Sartresque pipe, . . . rigorously black shirt and trousers, . . . face inscrutable, absent, terribly modern,” and reading “what could be called the noir pantheon of literature: Lautréamont, de Sade, Rimbaud, Jarry, Artaud, Roussel.” (And age’s counter to youth’s insisting that happiness is “stupid and vulgar,” a thing somewhat bourgeois in its tenor: “At the beginning of Anti-Oedipus we find this great sentence by Foucault, “Do not believe that because you are a revolutionary you must feel sad.’” And: “‘I have embarked on the study of metaphysics several times, but happiness always interrupted,’ said Macedonio Fernández.”) It is, admittedly, the mots I read the book for: the shiny literary pluckings of a congenial man. (That, and the oddly comforting calling forth of early ’seventies Paris: vestiges of Les Halles, its ironwork and trou, post-’68 jumpiness and camaraderie among les jeunes, the graffiti—and the CRS (Compagnies Républicaines de Sécurité, the thuggish anti-riot forces) presence—evident still.) The young Vila-Matas, a self-identifying “situationist” à l'époque, recalls going to see Guy Debord’s La Société du spectacle and being “profoundly bored, as it was a film to be read”:

The only thing that appeared on the screen were texts, very occasionally punctuated by the fleeting vision of a few images intended to illustrate the horror of the world of show business but which came from movies I really liked, such as Johnny Guitar; it was only at these moments, when the fleeting images of great fictional films appeared, that I enjoyed myself . . .

Pluckings. Vila-Matas capable of the deft counterpoint: how “the surrealists proposed to cheer up the sinister and solemn Pantheon of Paris a little: slice it down the middle and pull the two halves fifty centimeters apart.” (Tout à coup: recalling Gordon Matta-Clark’s architectural splittings and cuts, “nonuments” of the ruin’d polis. Is “literary plucking” akin to what Matta-Clark calls “voyeurism”? “It takes tremendous devotion and patience. But like a ready-made one works to fill in the blanks, the uncompleted silent actions framed in windows. It needs constant attention, like an illicit form of meditation. Good eyesight. Keen sense of change . . .”) Against (“Speaking of pantheons”): “the most ironic phrase I know—perhaps the ironic phrase par excellence.” And Vila-Matas provides “the epitaph Marcel Duchamp wrote for his own tombstone”:

Languor in the bowings interrupt’d:
Furious blunt-finger’d pizzicato. Mid-
May: a solitary gnatcatcher works
The viburnum, unabash’d. Humble be
The virtuoso amongst wayfarers. Surround’d
By a citizenry of duck’d
Reply to the moral demands
It refuses to comprehend, busy
With its gimcrackery, its gimmicks,
Its self-assess’d gimlet-eyed
Vim. Sentence by sentence a
Failure. Failure after failure unsentenced. 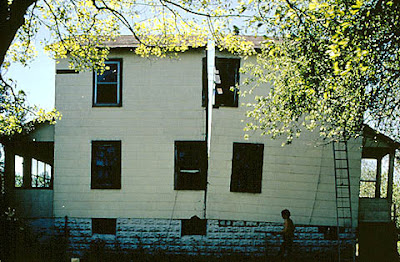 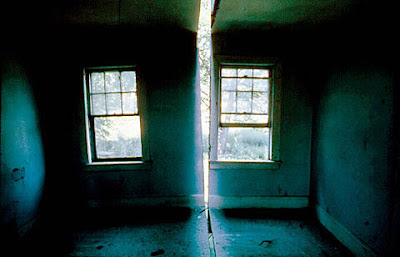 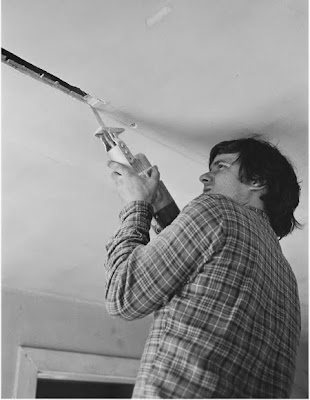