At the airfield continuous rain lashes the windsock. The unsecured corner of a Cessna’s tarpaulin pops. Local breeze effect, the orange ripstop nylon. A scrawny man in a doublet and hosiery with a magnificent hat shaped like a strawberry impugns the sky’s intent, querulous and naïve. A local nuisance, royally countenanced. Torn books in heaps. Pointless avidity vying with poignant detachment: ‘Keen as the arrows / Of that silver sphere / Whose intense lamp narrows, &c.’ Somewhere a killdeer’s high thin registry of alarm—k’dee-dee-dee—quashes the supremacy of melody. Like the broken wing’d convert Eliot saying ‘I no longer strive to strive towards such things.’ A tiny snout’d weevil the color of a Carthusian liquor makes an indifferent journey up a leg. Asa Gray’s grasses in a staid divergent array: Natura non facit saltum.

A chronicler who recites events without distinguishing between major and minor ones acts in accordance with the following truth: nothing that has ever happened should be regarded as lost for history.

Oddly caught between a finicky concern for each and every negligible (eyelash in the crosshairs) and a whelming lethargy. Pertinent, too: Horkheimer and Adorno, in “On the Theory of Ghosts” (1944):

Individuals are reduced to a mere sequence of instantaneous experiences which leave no trace, or rather whose trace is hated as irrational, superfluous, and “overtaken” in the literal sense of the word. Just as every book which has not been published recently is suspect, and the idea of history outside the specific sphere of historical science makes modern men nervous, so the past becomes a source of anger.

In the black lake of lethargy (wherein I slap up minuscule waves like a minor Tantalus), I think of Zukofsky’s Spinozan line (Bottom: On Skakespeare):

The more an image is associated with many other things, the more often it flourishes . . . The more causes there are by which it can be excited.

Struck of a sudden by a sketchy mental depict of a Spinozan pinball machine, solenoids wildly firing, beyond tilt, a single ball “satisfying all comers.” For isn’t Zukofsky’s gist that of extending quantity (and its excitements) by defining relations rather than by the mere cumulus (tumulus, mound) of a heap’d up array? (Meaning: Spinoza’s / Zukofsky’s is no call for some “many other things” pile of things like Silliman’s The Alphabet. No compelling reason for the new-fangled machinery that allow one to put several balls into play simultaneously, irremediably fouling the effect of any body “English.”) Zukofsky, rather crabbedly setting up an intent (what’ll out in the formula “love : reason :: eyes : mind”): “The definition of love embodied in Shakespeare’s writing that the critic has seen will but multiply instances.” Counterpoint to Spinoza’s line Zukofsky puts another (out of “De intellectus emendatione”):

(Quantity’s gain’d only by seizures of relation—see Fourier’s La série distribue les harmonies. Les attractions sont proportionnelles aux destinées—a line rejecting the mere encumbrances of “point,” “point,” “point.”) Protean doubts (forever trying on my only doublet for size). What about the immutable “drifts of some several things X noted”—that “genre”? Complacency of the eye, it, too, is a “literary” vice—and produces a narrow and improbable notion of verisimilitude, so punishing “with unexpected severity that life called real” (Cozarinsky). Is Beckett’s remark that “L’art adore les sauts” made knowing the Linnaean “Natura non facit saltum.”? Yo no se. 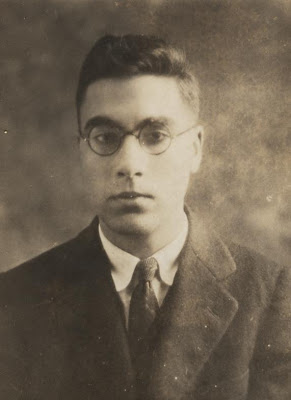