I listened to them talk. Existentialism, they said. Henry Miller and Truman Capote and Henry Moore. André Gide and Anaïs Nin and Djuna Barnes. And sex—hard-boiled, poached, coddled, shirred, and fried easy over in sweet, fresh creamery butter. Sex solo, in duet, trio, quartet; for all-male chorus; for choir and symphony; and played on the harpsichord in three-fourths time. And Albert Schweitzer and the dignity of everything that lives.

Deft summary and juxtaposition at the service of irony. Capsule of a moment of the post-WWII “era.” Macdonald, “John Ross” or “Ross” or “John”—born Kenneth Millar, friend, oddly enough, of Eudora Welty (that factoid “push’d” me Macdonald-ward), rather surreptitiously inserts Gertrude Stein and Alice B. Toklas into the scene:

I looked around at the rest of the wonderful people. Mrs. Galway, the amateur actress, with the professional smile clicking off and on like a white electric sign. A bald-headed man in white flannels setting off his mahogany tan, who daintily smoked a small brown cigarillo in a long green-gold holder. A fat man with a cropped gray head, in a tweed suit with padded shoulders, who turned out to be a woman when she moved her nyloned legs. A woman leaning awkwardly on the arm of the chair beside her, with a dark long tragic face and an ugly body. A youth who moved gracefully about the room, pouring drinks for everybody and smoothing the receding hair at his temples. A round little woman who tinkled on and on, whose bracelets and earrings tinkled when her voice paused.

A species of “tinkling” I rather wonder if one is not “prone to.” Sound of Jean-Paul Sartre (c. 1945, initiating Le temps moderne) in the background: “All writers of bourgeois origin have known the temptation of irresponsibility: for a century that has been the tradition in the literary career.” And Maurice Blanchot, not exactly in retort—in “Kafka et la littérature”:

To write is to engage oneself; but to write is also to disengage oneself, to commit oneself irresponsibly. To write is to call into question one’s existence, the world of values, and, to a certain extent, to condemn the good; but to write is always to try to write well, to seek out the good. And then, to write is to take on the impossibility of writing, it is, like the sky, to be silent, “to be an echo only for the mute”; but to write is to name silence, it is to write while preventing oneself from writing. . . . So is art the place of anxiety and complacency, of dissatisfaction and security. It has a name: self-destruction, infinite disintegration. And another name: happiness, eternity.

“That’s so French.” Meaning: skittish and implacable and supererogatory, a walking antonymic. Blithely contradictory “both / and”-isms. Leaving hardly any room for moral stoppages. Akin to the detective (though without the detective’s “stakes”). In a 1981 collection of occasional essays call’d Self-Portrait: Ceaselessly into the Past Macdonald, who, with “ambition split” spent a few early years in Ann Arbor “and wrote a dissertation of the psychological backgrounds of Coleridge’s criticism,” notes “I persisted in my intellectual deviance”—of writing mystery stories—against urgings by friends (“The scholars—with significant exceptions like Marshall MacLuhan and Hugh Kenner—considered my fiction writing a form of prostitution out of which they tried to wrestle my soul”). He compares the detective story “to a welder’s mask which enables both writer and reader to handle dangerously hot materials”—suggesting a commitment hardly complacent. Though, too, Macdonald writes of the rather “echo-ing the mute” qualities required by the good detective:

One is a rather selfless chameleon aspect which allows them to move on various levels of society, ranging from the campus to the slums, and fade in and out of the woodwork on demand. They are able to submerge themselves in the immediate milieu and behave according to its customs and talk the language: a little Spanish in East Los Angeles, a little jive in Watts, a little Levi-Strauss in Westwood. This is something different from the miming of the actor because it is played out in the actual world and is subject to its pressures and uncertainties. The stakes are real.

Writing stuck vacillatory in that border region between: not “irresponsibly” acting, nor doing high-stakes detective work. Though capable of a “lean” toward doing either.

One of my two adherents
Decamp’d with the other, abrupt
Trapdoor lurch manœuvre, I sure’s
Hell didn’t see it coming.
So I flood my work
With heteroclitic meanness, turn up
My nose at a Mexican
Beer, do undue homage to
The general spike in ‘projects’
Hereabouts, schematic as a landlady.
I peer down Doth Entreat
Street, I dehisce, and commit.

In lieu of pucker’d, pinch’d.
In place of undone, unstable.
Join’d by a hinge recalls
Tendency to yip out news
That isn’t. So we hock
The dent’d mattress, pool what
Few piastres we can muster
And make for the disaster
Zone, up in the diabolic
Quarries of the stars. In
With the isthmus, out with
The promontory, oh that indigo . . . 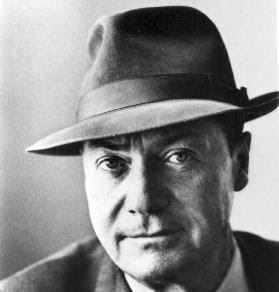