The violinist’s repeat’d salvos of Prokofiev. No relations limn’d where none previously perceived. Isn’t all art ‘about’ the moral chaos accompanying one’s short ungainly journey across the turbulent earth? A hid distillery in the woods. Henceforth gainsaid only by a kind of irony. You better believe it, Bubba. A black iris unfurls its churlish intensity in flags, giddy with loss. Futures in pork bellies, futures in grains, numbers input into a registry wholly unprepossessing and aloof, a discourse clear’d of amenity’s social chokehold. Two woodpeckers fly recklessly up out of the high crotch of a red maple, divagatory and loud. So disclosing the botch’d cenacle of a nest. The ‘enormous blank’ in the sentimental novel is fill’d with insipidity ally’d to tedium, melancholy bitch’d by defeat.

That yak yesterday about “bidding farewell to poetry to succumb to the vulgarity of narrative”—with its add’d sop of “we, too, all, in the plangency of our ‘era,’ do” (measure both sap and ostentatiousness by the number of excess commas in a remark)—prompt’d, I suspect, by two things. One: Jennifer Moxley’s Coastal (The Song Cave, 2011), in particular its lines:

We are trying, the both of us,
to make work that matters. To remain true
to that initial commitment. Artifice, dialogue, beauty.
A letter to a friend. “This glamorless isolation is killing me.”
I cannot accompany you into the abstract,
but grow more narrative by the year,
saying things to get them said,
feeling no leisure to take old risks.

Two: Jordan Davis’s recent minor screed against the “cul de sac” of mere “aesthetics”—a thing to be replaced with a kind of “shapeliness” that certainly sounds just like the same old same old paraphrasable narrative jaunt, that knowing trek of a “good story”: “I have come around to the idea that it is more ambitious to create two or three page situation slash anecdote that has a shape as a poem that you the reader hold in your mind and recall and want to share with people. It is just fundamentally more ambitious than to repolish the Stevensian lyric.” (“Just fundamentally” never an argument makes.) Davis’s long worry’d about popularity, so a measure of the art depending on its “sharability”: easily the epigone’s late though logical next step. Moxley’s piece—and, seemingly, position—: somewhat more complicated. A rather chatty epistolary thing in seven parts, address’d (reading through the dedicatory “for Monique van Genderen”) to the Los Angeles painter, Coastal attempts, broadly, to gauge something of the effects of the post-9/11 psyche on one particular coterie of writers and artists (with an inevitably larger swathe—a generation—fully imply’d). Rundown of one’s own personal 9/11 events—with lovely details amongst the now mundane (“It was a beautiful day. / Incredibly beautiful, exactly like today . . .” recalling the insipidity of Charles Bernstein’s early report “It’s 8:23 in New York” opening line: “What I can’t describe is how beautiful the day is in New York; clear skies, visibility all the way to the other side of wherever you think you are looking”—though Moxley clearly sees, too, how such “Vignettes of contrast serve self-pity.”) Lovely: a moment of wrong-seeing, what percept makes of news prior to its being “re-calibrated”: “The image: a bi-plane / leaving an I-beam, disabused by a small / black-and-white tv perched on a file cabinet . . .” (Throughout and somewhat disturbingly: the simulacrum-effect: “just something on tv . . .”) Moxley:

The world seemed mute, a backdrop,
too perfect. Chickadee chirps echoed against it
but seemed fake like nature tape loop. We could not
hear them, blocked by the loud buzz of what ifs,
the deafening hum of the stunned structure,
the “me” of belief underneath our feet
yoked into the juggernaut “we.”

(What the “stunned structure” is, I do not know. It would seem a little pompous and vain if it’s the earth itself, though the “underneath our feet” points one that way. Too, it’s difficult to puzzle through the tone of that “me” into “we,” whence the inexorability of that yoking?) If Coastal is not “just” about 9/11, it also repeatedly posits that “me”-identity as a thing vulnerably and inexchangeably its own, a rather knowingly bourgeois “stance.” And repeatedly that “self” (a little cartoonishly spoil’d—Moxley writes: “Since moving to the outer edge / of the almost forgotten I have developed a loathing / for the pride of regions. The local wants to distract you / into forgetting that there is a world. ‘I won’t’ / I say, ‘I won’t,’ stamping my feet in place . . .”) approaches being lost, blotted out by history, by the body. What’s not entirely clear is whether that presumed loss is a blessing or a curse (see the “juggernaut ‘we’”—suggesting both the “Let’s roll”-ery of the battle-keen and those who’d attempt to brace against the idiocy of revenge . . .) Here, recalling a California visit (“sipping the honey peach of a rich sauterne, / so jet lagged and mastered by valium”), the self’s loss is a sign of contentment:

The next
morning, sitting amidst the eucalyptus debris
of your tiny backyard, I was felled by the
incredible warmth. I thought the sun could burn away
the entirety of my existence, stunned as I was
by the surreality of being so thoughtlessly content.

Or here, where the blotting “expulsion” out of the moment renders it with renew’d clarity, one directly coupled with poetry:

Motivation should come from
the quest, you know, the one infused with
wrenching nostalgia and the loss of all your friends.
Nothing like a piece of string to focus the attention.
Or a line of poetry, snaking down the length of the page
tempting me to taste the sweetness of the body’s
pulse and risk expulsion from this moment
into a fogged sprint toward a sheer drop.
Clarity of vision is the gift you get
once you have started to fall.

Which, in the untower’d “milieu” of the piece, one thinks, ought to read with high irony’s beck defining it, though the cues (is “you know” a cue?) appear minimal and contradictory. (Reading “tone”: inherent danger of the epistolary poem.) At the end of the piece Moxley writes of being diagnosed with “sarcoidosis” (“payback for my loathing of small ponds” and “a disease that clusters / in central Maine”), requiring what sounds like a whole bowel irrigation (“An inelegant sense / of loss mixed with my gratitude for bourgeois privacy / when I downed the two-week-dose of Fleet enema / in a few short hours”). Vaguely, not at all convinced by my thinking, I wonder if we’re approaching that territory whence Frank O’Hara remark’d of Robert Lowell’s “confessional manner” that it allow’d Lowell to “get away with things that are really just plain bad but you’re supposed to be interested because he’s supposed to be so upset.” It’s not clear how “upset” Moxley is—how read the next line?—“The sensation was like / gagging on sea water, or like all of the saliva / of prehistory being concentrated in your mouth.” Somewhere between earnest (“gagging”) and farce (“the saliva / of prehistory”)? Microtending of tonal shifts need’d. The end of Coastal moves back into something akin to the “mute world” that end’d its first part—a media-saturated world, more “deafening hum” to compromise the self:

When the body’s content empties out
the “you” of convictions no longer exists. The poet
of cultivated mystique denied identity’s protection
is just another sick person in a hospital bracelet
willing to take orders. Gradually I lost myself
in this nightmare (which was a childhood fear).
As the hours of the arduous test progressed
I became more than usually media vulnerable,
and finally I all but vanished into the dubbed voices
and lawless cruelty of Once Upon a Time in the West.

Sergio Leone’s 1968 western, with a villainous Henry Fonda. Shapeliness: in the opening lines Moxley’s made “the sky the color / of Henry Fonda’s eyes, bright, crisp, and principled.” (Is that shapeliness, or its obfuscatory sidekick, chance?) If there’s an argument in Coastal for not “forgetting that there is a world”—(see, too, lines in the fifth section reading, “Poems in recent journals have forgotten / there’s a world. That’s a new trick: / to leave the world out yet still be ‘political’”), why the insistent beck and call of its—the world’s, or the self’s—moments of disappearance? 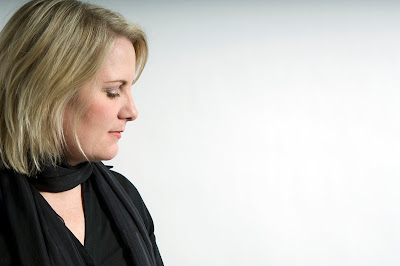