Redbuds “out.” A funny week, off-kilter, pluvial, porous. Blooming contrariety towards “all conditions . . . all minds, / As well of glib and slippery creatures as / Of grave and austere quality . . .” The poet’s talk of “the glass-fac’d flatterer” in Timon of Athens recalling the odd squib (mark’d “late 1950s-early 1960s”—adding up to little beyond a flurry of notes declaring partiality to “Accuracy, Spontaneity, Mystery”) of Elizabeth Bishop’s call’d “Writing poetry is an unnatural act . . .”:

My maternal grandmother had a glass eye. It fascinated me as a child, and the idea of it has fascinated me all my life. She was religious, in the Puritanical Protestant sense and didn’t believe in looking into mirrors very much. Quite often the glass eye looked heavenward, or off at an angle, while the real eye looked at you.

“Him whose happie birth
Taught me to live here so, that still one eye
Should aim and shoot at that which is on high.”

Off and on I have written out a poem called “Grandmother’s Glass Eye” which should be about the modern problem of writing poetry. The situation of my grandmother strikes me as rather like the situation of the poet: the difficulty of combining the real with the decidedly un-real; the natural with the unnatural; the curious effect a poem produces of being as normal as sight and yet as synthetic, as artificial, as a glass eye.

Bishop quoting lines out of George Herbert’s The Temple (1633), the Herbert who “unnaturally” works a slant diagonal oblique into iterancy of a biblical verselet: “For ye are dead, and your life is hid with Christ in God” (Colossians 3:3):

My words & thoughts do both expresse this notion,
That Life hath with the sun a double motion.
The first Is straight, and our diurnall friend,
The other Hid and doth obliquely bend.
One life is wrapt In flesh, and tends to earth:
The other winds towards Him, whose happie birth
Taught me to live here so, That still one eye
Should aim and shoot at that which Is on high:
Quitting with daily labour all My pleasure,
To gain at harvest an eternall Treasure.

That “double motion” surely akin to what Bishop so aptly puts as the “curious effect a poem produces of being as normal as sight and yet as synthetic, as artificial, as a glass eye. (Earlier, she’s noted Coleridge’s “famous sentence” out of the Biographia:“the characteristic fault of our elder poets is the reverse of that which distinguishes too many of our more recent versifiers; the one conveying the most fantastic thoughts in the most correct and natural language, the other in the most fantastic language conveying the most trivial thoughts.”) Bishop’s sense of the duality of poetry’s “looking” akin, too, to things Harryette Mullen’s got to say in Barbara Henning’s terrific Looking Up Harryette Mullen: Interviews on Sleeping with the Dictionary and Other Works (Belladonna, 2011). On Oulipo’s “systematic cataloguing and exuberant invention of textual operations and literary techniques” and its “vigorous exploration of the ludic aspects of writing”: “What I found useful . . . Oulipo’s demystification of creative process and aesthetic technique. Their idea of ‘potential literature’ liberates the writer to concentrate on the process, rather than the product, of writing . . .” And: “they make the creative process more accessible as they deflate the divine afflatus of artistic inspiration. A formal constraint . . . gives the writer a definite problem to tackle.” Mullen talks of a “use and then lose” approach to constraints:

I have found that using constraints in this way expands the possibilities for improvisation, as various textual operations may be tried at different points in the writing process. Such flexibility makes it possible to use even the most severe constraint, without fear of it being too rigid, mechanical, or stifling to the writer’s individuality. Rather, it simply gives the writer a more eclectic array of aesthetic tools.

—gets “cannibalized” for a “second, unconstrained” piece, eventually becoming a stanza of Mullen’s Muse & Drudge:

Mullen’s working the commons (recycling language, making patchwork, “natural” activity) against its own “unnatural” potential. As she says (seemingly echoing Bishop): “poetry in general is a rule-breaking activity”:

Poetry is full of rules, since poetry has its own specific guidelines, plus all the conventions of literature and rhetoric, and all the linguistic rules that apply. By breaking those rules selectively and systematically we create alternate meanings in poetry. I’m paraphrasing Michael Riffaterre in Semiotics of Poetry. When we read the poem the first time we are reading for referential meaning; but as we read, we notice what he calls “ungrammaticality.” The poem deviates from standard usage. The poet deliberately and persistently breaks linguistic rules, so that if we look at how the rules are broken they point in a certain direction. We are distracted from literal, denotative, or referential meaning and pointed towards the metaphorical, connotative, or poetic signification. We comprehend poetry by paying attention to those places where the rules are broken. Those are signals to shift from literal to non-literal interpretation.

And: “I’m less interested in randomly breaking rules, but often I’m breaking rules in a way that points to the paradoxical effects of language.” Shakespeare’s poet in Timon of Athens first assigns a kind of afflatus—flatulent-natural—(“slipp’d idly”) to an earlier lyric outburst:

A thing slipp’d idly from me.
Our poesy is as a gum, which oozes
From whence ’tis nourish’d: the fire i’ the flint
Shows not till it be struck; our gentle flame
Provokes itself and like the current flies
Each bound it chafes.

Chafery, the current that “flies / Each bound”: kin to the eye going “off at an angle,” unruly, ruled. (Note that Shakespearean glut of radicals: “chafe” in the sense of rubbing against an impediment coming out of Middle English chaufe-n, < Old French chaufer, chauffer to warm = Provençal calfar, Italian calefare, &c. Making the struck flint and flame that “Provokes itself” pertinent. Chafery: a forge in an iron-works. Intimations of Blake’s “mind-forg’d manacles”—what poesy “flies.”) 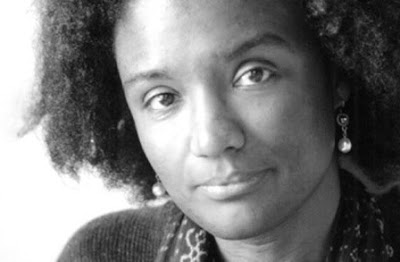