Doubt: the æther-made disjecti membra poetæ. Disjoint days of lawn work. Quack grass versus crab grass. (See, too, quitch, squitch, scutch, and couch grasses. See the somewhat coarser, taller Johnson grass.) A red-belly’d woodpecker splurting out its liquid vocables up in the maple. Dirt under the nails. “This state of things I have thought it necessary to premise for the information of the general reader.” (See Michel Leiris, in Literature Considered as Bullfighting: “. . . my aim was to condense . . . a series of events and images I refused to exploit by letting my imagination work on them. In short: the negation of a novel.”) Why that quotidian need to scituate oneself amongst the things of the physical world? (I like the ancient orthography, its ambivalence play’d out in excess: “Popo being an Island Scituate in the midst of the River.”) In Urban Voodoo, the book of what Edgardo Cozarinsky calls “postcards” (“In the same way postcards seize and reproduce the most typical aspect of a landscape, a monument, or a face, these texts would like to manufacture common, public images, a déjà vu that would dilute whatever is too subjective in an individual’s sensibility and experience”), the Argentine exile Cozarinsky adds, intersplicing, plenteous quotes, what he calls “residues of reading, a habit I find less and less fundamentally different from writing”:

To those found objects, other people’s written words, I have entrusted the continuity of my own written words, the lighting, brutal or perfidious, of the text just read and of the other to come.

I have written these postcards in English, a “foreigner’s English” I later translated into my native Spanish, less because of autobiographical reasons or because English has been for me the language of literature, of the imagination, than out of desire to erase the notion of an original—so that certain turns of phrase found in translation would be incorporated later into the translated language, until the original itself becomes translation.

(How different, Ashbery’s admit’d reasoning behind the “French Poems” in The Double Dream of Spring: “I wrote the group of poems called ‘French poems’ in French and translated them myself into English, with the idea of avoiding customary word-patterns and associations.” A formal considering, without “doubt.”) One of Cozarinsky’s quotes—Barthes, out of Sade, Fourier, Loyola:

The truth is, there is no longer any linguistic space outside bourgeois ideology. Our language comes from it, returns to it, stays locked in it. The only possible riposte is neither challenge nor destruction but, simply, theft—to break up the ancient text of culture, of science, of literature, and disperse its features in unrecognizable patterns, in the same way stolen merchandise is faked.

In Never Any End to Paris, Enrique Vila-Matas makes Cozarinsky’s Urban Voodoo kin to Godard’s films, suggesting it’s “written . . . after having taken very seriously what Godard said about making fictional films that might be documentaries and documentaries that were like fictional films.” Pertinent, too, to Vila-Matas’s own work: “. . . a book . . . that seemed composed of stories that were like essays and essays that were like stories.” Regarding the plenteousness of the quotes (“reminiscent of those films by Godard that are littered with quotes”):

. . . the apparently capricious quotes or grafts lend a magnificent eloquence to the discourse: the quotes or cultural references are incorporated into the structure in a prodigious way; instead of placidly joining the rest of the text, they collide with it, elevated to an unpredictable power, becoming in another chapter of the book.

One chapter in Vila-Matas’s Never Any End to Paris reads in its entirety:

“Having lived in Paris unfits you for living anywhere, including Paris.” (John Ashbery)

Doubt. The noise of the mowers through the windows. Blue oil-burn cloudlets in raggy squads of dispersal. Scent of fuel and lilac. Catkins rubbish’d by the thunderstorm. Poe’s writer-provoking lines in “The Philosophy of Composition” (1846), claiming (of “The Raven”) “that no one point in its composition is referable either to accident or intuition—that the work proceeded step by step, to its completion, with the precision and rigid consequence of a mathematical problem.” Who believes it? My doubt-druthers go with Marguerite Duras (quoted in Never Any End to Paris wherein doubt “reigns”):

I can say what I like, but I shall never know why people write and how it is people don’t write. In life, there comes a time, and I think it is total, that we cannot escape, where we doubt everything: that doubt is writing. 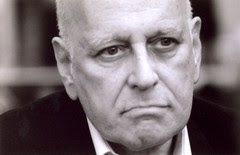