How odd, what oddity, how fervently and alarmingly odd, that just at the point of terminal brain-buggery, fatigue’d by the miasmic vide of all things “scriptural” (that’s you, poet-dumpling!) and disgust’d by the seemingly wholesale celebratory hoo-hah surrounding the murder and dumping of a man (“any man’s death diminishes . . .”), I ought to read, back to back, two inimical (and complementary) indices of la poésie comme but rébarbatif? Qua? Hein? Okay. Poking around in The Little Review-editor Margaret Anderson’s 1930 autobiography (My Thirty Years’ War), I find, toward the end, Anderson talking about the changes writers undergo in putting themselves into books: “I’d give all of Ulysses for the letters Joyce wrote the Swiss government when he lost his luggage in that country. Interesting letters. Joyce really wanted his luggage.” A judgment mounting (by a trail of celestial fire) to the story of the “tall Englishman” A. E. Orage’s monumental (“And then he added the five words that have changed my outlook upon life”) remark:

Leading to the shutdown of The Little Review (“The artist organism is preëminently the acted-upon organism”) and the bold “farewell editorial” call’d “Lost: A Renaissance” written by co-editor Jane Heap. Excerpt’d:

No doubt, all so-called thinking people hoped for a new order after the war. This hope was linked with the fallacy that men learn from experience. Facts prove that we learn no more from our experiences than from our dreams.
For years we offered the Little Review as a trial-track for racers. We hoped to find artists who could run with the great artists of the past or men who could make new records. But you can’t get race horses from mules. I do not believe that the conditions of our life can produce men who can give us masterpieces. Masterpieces are not made from chaos. If there is confusion of life there will be confusion of art. This is in no way a criticism of the men who are working in the arts. They can only express what is here to express.
We have given space in the Little Review to 23 new systems of art (all now dead), representing 19 countries. In all of this we have not brought forward anything approaching a masterpiece except the “Ulysses” of Mr. Joyce . . .
Self-expression is not enough; experiment is not enough; the recording of special moments or cases is not enough. All of the arts have broken faith or lost connection with their origin and function. They have ceased to be concerned with the legitimate and permanent material of art.
. . . The actual situation of art today is not a very important or adult concern (Art is not the highest aim of man); it is interesting only as a pronounced symptom of an ailing and aimless society.

Damnable stuff, and percipient. Heaved then I one tremendous sigh and turn’d to the curious object call’d 5 Works, by The Rejection Group (Habenicht Press, 2011). Only to read, in a tiny and franticly anecdotal piece call’d “A Life of Wasted Philosophy” (skimming no little satiric cream off Ashbery’s “My Philosophy of Life”—“Just when I thought there wasn’t room enough / for another thought in my head, I had this great idea— / call it a philosophy of life, if you will. Briefly, / it involved living the way philosophers live, / according to a set of principles. OK, but which ones?”—that one.) Excerpt’d:

Just when I went to read “My Philosophy of Life,” by John Ashbery, to jam its minerals down into my thought, there was a newsflash, on TV, or what do they it, Special Report, you know. To boot: that a new work by Wittgenstein had been found, post-Investigations, an old-fashioned set of principles by which to live a life, a work, that is, that renounces the path of Philosophy. Is that great or what?
. . .
Might there be an outward structure of astonishment, as a rain forest is the structure of a long, geologic pattern of climate? asked Wittgenstein, for no apparent reason, as was his custom. Well, let’s consider this and work our way up, said Russell, sniffing, feeling a thought coming on. For instance, take the sentence, My perambulator is inflected with dice throws and swans. To what outward condition might this correspond? Oh come off it, Russell, said the portly Moore, with not a little irritation, hitching up his trousers, that is perfectly absurd. Absurd! No, not quite, Moore, said Wittgenstein. It is not quite absurd: It depends on what we mean by inflect, don’t you see. One could say, for example: I jam the Poetry down the sorrowful throats of my swans. Now, you might furrow your brow; but what if Poetry were the name of the lubricated pellets with which I fatten my fowl for Christmastime?
. . .
And later that night, weeping with embarrassment and sorrow in his rooms, Wittgenstein realized that Philosophy was over, that it was no better than poetry, beyond logical remedy; now it was time to find the principles by which a simple and good life could be lived. Yes, he had wasted most of his life. But what is done is done, as his terrible, glowering father, the great Steel Emperor of Vienna, was in the habit of saying. And so he closed his eyes, and resolved to write the lost book.

“Is that great or what?” (In my twitter-mimic.) Odium and disgrubblement at the ubiquity a poetry that merely serves to fatten the goose that is Poetry (“that’s you, poet-dumpling!”) See, in “Welcome Back,” the repeat’d direct addresses to the “Poets”:

We’ve had it with your strutting and grovel, your refusals to wipe the habiliments after use; we’ve grown weary of your wet seductive wear, your affected grunts and awful smells, not to mention all the wedding parties in chunks on the passes of the Kush—they never quite made it into your experiments, it seems. That is why we are closing the whole area for cleaning and remodeling. Sometimes one just has to start from scratch.

Come back in fourteen billion years.

A completely annihilatory position in direct reaction to the murderous tendency of so many of “our” (“seductive” “affected” “awful”) “experiments” to be no more “a pronounced symptom of an ailing and aimless society.” Damnable stuff. How’s that Ammons poem go? “Spit the pit in the pit / I told the cherry eater . . . but / if you come to impossible / productions on / absent trees, get out the / bulldozer and shove the / whole thing over smooth.” (“High Surreal”) In “Coronita de Rimas, Or: The A-Effect”:

By betters, oblivious to keener ears, sometimes we sing just to show
We are bright than other people. When we do, we can’t really know

What we are singing, and everyone is very glad when we stop!
Think: Do the birds sing to show they are brighter? No, they do not.

And in The Rejection Group’s “Fable” (“a translation from a translation by John Ashbery of Arthur Rimbaud”), the final line “Wise music is missing from our desire” gets render’d:

O, poets, you in your playhouse palaces of clouds, we speak as the most guilty amongst your kind:

There can be no sovereign music for your prefab amps and your cautious pride.

I detect an echo of O’Hara’s great exordium to the gods in “For James Dean” “Welcome me, if you will, / as the ambassador of a hatred / who knows its cause / and does not envy you your whim / of ending him.” Here, too, there is—in the pronoun chicanery—a cool undaunt’d admitting that “I speak as one whose filth / is like his own . . .” No shunning the culpa. “Act . . . don’t be acted upon.”

Conjecture regarding The Rejection Group identity. Eliciting an involuntary snore. And redoublement of the actual. “Joyce really wanted his luggage.” The usual tom-toms of the frontier electronick’d say the noted cons Bök and Goldsmith and Place join’d up with flarf-daddy Mohammad and engineer of the fickle (and moralist) Johnson, an inimical consort, and dubious. Though: in a stark notice append’d to the pamphlet (“The Printer to the Reader”) is writ how one “Master C. B. . . . hath cunningly discharged himself of any responsibilitie for this texte”; how “a message from K. G. . . . doth with no lesse clerkly cunning seeke to perswade the printer, that he (also) had no hande in its making”; and how—in the printer’s (presumably David Hadbawnik) terms—“I am not privie to any declaratione at this date from K. S. M., nor from V. P., nor K. J.,” whom he decries as “most notorious persons, too” and “assumed in some quarters as the Authores.” The printer does (rather pugnaciously, I’d say) point to something “the venerable C. D. hath recently informed us, namely”:

’Tis come a time when affixing one’s signature to an alien text be in no wise remarkable, and we fain to arrive at the next frontier of proprietie, when the institutions of poetry shall be agonized by scriptores conceptiones signing for others under texts the which themselves have not written.

A statement with alarming propinquity to that found in one of the end-notes to Craig Dworkin’s “The Fate of Echo” (being an introduction to the anthology of “conceptual writing” Against Expression): “Signing a text that one hasn’t written will surely become less remarkable, and the next frontier of propriety will materialize when conceptual writing antagonizes the institutions of poetry by signing for others under texts that they have not written.” Alors,who’s zooming whom? The reader decides. (If there’s one thing language writing’s zip’d up into our compunct, it’s this: the reader decides.) So: “. . . as the venomous spider will sucke poison out of the most holesome herbe, and the industrious Bee can gather hony out of the most stinking weede: Even so the discrete reader may take a happie example by the most vicious verses, although the captious and harebrained heads can neither be encoraged by the good, nor forewarned by the bad.” (“The Printer to the Reader”) A sentence with ominous proximity to that found in a printer’s remarks prefacing George Gascoigne’s 1573 A Discourse of the Adventures passed by Master F. J.:

And as the venomous spider wilt suck poison out of the most wholesome herb, and the industrious Bee can gather honey out of the most stinking weed, even so the discrete reader may take a happy example by the most lascivious histories, although the captious and harebrain’d heads can neither be encouraged by the good nor forewarned by the bad. 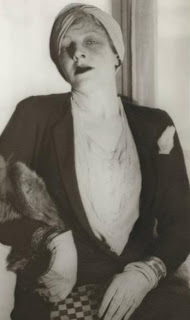 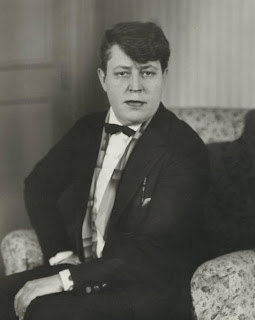 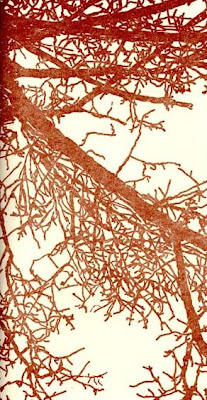