C. D. Wright’s One With Others

Rain. Endless rain. Williams: “a flash of juncos in the field of grey locust saplings with a white sun powdery upon them and a large rusty can wedged in the crotch of one of them, for the winter, human fruit, and on the polished straws of the dead grass a scroll of crimson paper—not yet rained on”—being one of three fragments with the date “10 / 28” in “The Descent of Winter.” Why, daffy with sleeplessness, or—conversely—alert, shrewd, impitoyable (“I will make a big, serious portrait of my time”), do I turn so frequently to Williams? “Human fruit” is one answer. I am floor’d by the human fruit in C. D. Wright’s recent One With Others (Copper Canyon, 2010), so full-blown, exuberant and rumbustiously common in its truly unruly human singing (and its heed-dirge accompaniments), it makes the brassier remnants of the Google’d florilegium and art-market crowd look like tripe. A big, serious portrait of one white woman call’d “V”—Wright identifying her in the notes as Margaret Kaelin McHugh: “Our gaggle of unsolicited student acolytes began to call her ‘V” when she was reading Pynchon while our heads were still rooting among the novels she swallowed whole as a solitary child. Everyone should be favored to know one person of courage [at a critical moment] and genius [of accident and design], though that person arrives with all the flaws and fiends that vex the rest of us, sometimes in disproportionate abundance.” Report of V’s participating (“To act, just to act. That is the glorious thing”) in the August 1969 March Against Fear through the Arkansas delta, Memphis to Little Rock. A couple of hints of its delivery, random pages:

THIS IS ONE OF THE THINGS I HEAR HAPPENED: She has just folded herself over to brush off the brown leaves covering her coleus. She has been stacking wood. She has on the work glove. She is going back inside to clean up; she bends from the waist to make a quick pass at the leaves that she might still enjoy the tart color of on her coleus a bit longer. She feels a quick sting, thinks it’s a wasp or a hornet and goes inside [the light at the sink is better]. As soon as the glove is off and she grabs the baking soda to put on the spot, she notes the rapid swelling in the webbing between her thumb and index [her hands her best feature, better than her legs even], the throb, already throbbing, and steps back outside to check if it was a hornet or wasp and glimpses as she peers into the coleus the dusty reddish thing, the sickening hourglasses along its thick length as it creeps soundlessly into the foliage, and it passes through her mind as her body is passing out that Southerners sympathizing with the North were called Copperheads.

AND, vacuuming the rag rug, listening to Nina Simone: The record had a catch in it. Always starting over at “Old Jim Crow is dead.” When the phone rang, and she shut off the vacuum cleaner, not the record player, and the caller said Hunter [expletive] Crumb is dead.

V, deep down, she may have been as sad as a cover band. She might have felt drier than a codld of Arkasa dirt. Lonely lonely lonel, like th hunter green sutiacas that hadn’t been sued since hre honey moon.

Some honeymoon, she later told Gert, with that off-color smile, she almost had to rape him. She said this near death. As her executive organs were shutting down and she was finishing the NYT crossword, September 2, in ballpoint:

What is a suffix of book

Who is a major exporter of coconut oil

That final Goya title (out of Los Caprichos) one of several repeat’d phrases in One With Others. A Poundian strategy, the notational detail limn’d subsequent to its dispersal within story, recalling that story’s plenitude:

Not the sound but the shape of the sound

Not the clouds rucked up over the clothesline

The copperhead in the coleus

Not the air hung with malathion

The world is not ineluctably finished


though the watchfires have been doused

Williams swerved into Wright (not my “intent”). I am remind’d of Martha Graham’s insisting that movement be “significant” (in a lazy and facile “era” that succumbs with a kind of murderous glee to its facility, terminal irony propping up its ironic legs . . .) Graham, recalling beginning to teach at the Eastman School c. 1923:

The first morning I went into class I thought, I won’t teach anything I know. I was through with character dancing. I wanted to begin, not with characters, or ideas, but with movement. So I started with the simplest—walking, running, skipping, leaping—and went on from there. By correcting what looked false, I soon began creating. I wanted significant movement. I did not want it to be beautiful or fluid. I wanted it to be fraught with inner meaning, with excitement and surge. I wanted to lose the facile quality . . .

(V, living in Hell’s Kitchen, writing—next to the dates for Cheops and Hesiod and Herodotus, amongst others—“It’s handy. It settles a lot of arguments . . .”—on the wall “in soft pencil, next to the sill overlooking the scraggly barren pear”: “Unless a proposition is necessary it is meaningless with meaning approaching zero.”) And Graham again:

The puritanical concept of life has always ignored the fact that the nervous system and the body as well as the mind are always involved in experience . . . In life, heightened nerve sensitivity produces that concentration on the instant which is true living . . . Perhaps what we have always called intuition is merely a nervous system organized by training to perceive.

One thing underlying One With Others: the morality of the body’s demands. Against foot-dragging razón. Wright:


What the King called nobodiness.

To feel in conjunction with the changes


of my time. The most alive I’ve ever been.


My body lifted itself from the chair


it walked to where I saw a silent crowd.


To act, just to act. That is the glorious thing.

(“You have your life // until you use it. You forfeit the only life you know // or go to your grave with the song curdled inside you.”) Amen. 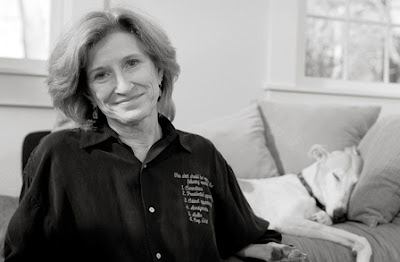