Continuing aimlessness and lethargy, pie-eyed with the skinflint angels at dawn. Cloud-idle under the usurper sun. “The vowels are physical corridors . . .” They are not angels. All that “O Apollo” and “O Demeter” horse manure, that contralto chorus of “bright Mnemosyne”—avoiding the soil’d linens, the shabby untuck’d shirts, the unwash’d snot rags . . . Whence the pervasive sealants of the real? Pound (out of “Cavalcanti,” rail’d at—in The H. D. Book—by Duncan): “Unless a term is left meaning one particular thing, and unless all attempt to unify different things, however small the difference, is clearly abandoned, all metaphysical thought degenerates into a soup. A soft terminology is merely an endless series of indefinite middles.” Against the duplicity (or complicity) of the (Duncan-favor’d) pun. Against the muddling effect of the metaphorickal throwdown. Against, seemingly, Pound’s own emergent “ply over ply”—“Life a fish-scale roof, / Like the church roof in Poictiers” he writes in Canto IV—conglomeratory method ideogrammaticks. Hugh Kenner (in the 1951 The Poetry of Ezra Pound) puts it clearly, Pound’s allegiance to the distinct, the tangible: “art as the process of compelling out of otherwise mute particulars, by their electric juxtaposition, traces, intelligible patterns, of an intense, clear, luminous intellective world.” He, too, turns to “Cavalcanti”—print’d in Make It New, and dated 1910-1931—pointing to Pound’s mediaevalist call for

‘harmony in the sentience’ or harmony of the sentient, where the thought has its demarcation, the substance its virtù, where stupid men have not reduced all ‘energy’ to unbounded undistinguished abstraction . . .

Virtù: “the defining quality of a thing.” Pound says (Canto LXXIV): “In the light of light is the virtù.” Pound’s complaint: “For the modern scientist energy has no borders, it is a shapeless ‘mass’ of force; even his capacity to differentiate it to a degree never dreamed by the ancients has not led him to think of its shape or even its loci.” And: “We appear to have lost the radiant world where one thought cuts through another with a clean edge, a world of moving energies, ‘mezzo oscuro rade’, ‘risplende in sè perpetuale effecto’, magnetisms that take form, that are seen, or that border the visible . . .” So, the petals of ripples cut by “white petals”: “Ply over ply, thin glitter of water; / Brook film bearing white petals.” The clean short i sound (“thin,” “glitter,” “film”), the lack of articles: the lines sheer, fleet, and deft. Cauterized, seal’d off. Against what Pound calls “lumping” (“Loss of values is due usually to lumping and to lack of dissociation.”) Duncan notes Pound’s fussy rejecting of (disgust at) muddle, “filth,” “slush,” the supposèd unclean: “He is naturally repelled when in Rubens he sees the flesh portrayed as meat. He rages like a Puritan bigot faced with the Whore of Babylon at the adulterous—latinizing—syntax of Milton . . .” Quotes Pound, writing of D. H. Lawrence’s poetry, how he finds “the middling-sensual erotic verses in this collection . . . a sort of pre-raphaelitish slush, disgusting or very nearly so. . .” Pound’s commonly-noted hysteria confront’d by any (“feminine”) carnal yield, or softness. Too, Duncan points to Dewey’s similar “bias in aesthetic” in Art as Experience (1934):

If the perception is then eked out by reminiscence or by sentimental associations derived from literature—as is usually the case in paintings popularly regarded as poetic—a simulated aesthetic experience occurs.
Paintings that seem dead in whole or part are those in which intervals merely arrest, instead of also carrying forward. They are “holes,” blanks. What we call dead spots are, from the side of the percipient, the things that enforce a partial or frustrated organization of outgoing energy. There are works of art that merely excite, in which activity is aroused without the composure of satisfaction, without fulfillment within the terms of the medium. Energy is left without organization. Dramas are then melodramatic; paintings of nudes are pornographic; the fiction that is read leaves us discontented with the world in which we are, alas, compelled to live without the opportunity for the romantic adventure and high heroism suggested by the story-book. In those novels, in which characters are the puppets of their authors, our revulsion comes from the fact that life is pretended, not enacted. The simulation of life by a show of animation and vivacity leaves us with the same irritation of incompletion that follows continued idle chatter.

Dewey’s cues unmistakable: it’s the “feminine” —“idle chatter,” “vivacity”—“holes” that fail as art. Back to my pie-eyed, art-fail’d wiles. 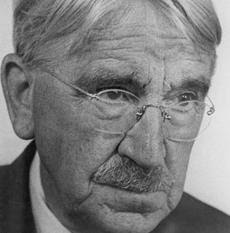