Williams (“The Wind Increases”) calling a poet “a man / whose words will / bite / their way / home—being actual / having the form / of motion . . .” A horse biting itself is likely suffering a form of stereotypy (“a repeat’d and perseverant act by an animal, serving no obvious purpose”) call’d “flank-biting.” So poets go. So the fog cloaks the sopping earth, so the deep carboniferous beds release a cloacal fish scent, out-sourcing. One plows through the puddles, spokes a-hum, repeating the “faunal stages” of the early Pennsylvanian period: Kinderscoutian, Marsdenian, Yeadonian, Cheremshanskian, Langsettian, Melekesskian, Duckmantian . . . Half-rabid flank-biting behavior. Butting at what lists. Ben Jonson (quoting Plutarch’s De Garrulitate) says that to guard against a “licentious and wandering” tongue, “a wall, or parapet of teeth” is “set in our mouth to restrain the petulancy of our words.” And Williams: “We batter at our / unsatisfactory / brilliance— // There is no end / to desire—” Reading through, of late, Pound’s Literary Essays, I am struck by Pound’s repeat’d call for “efficiency”—a Taylorist for the high moderns. In “How to Read” (1928) saying how it’s “as important for the purpose of thought to keep language efficient as it is in surgery to keep tetanus bacilli out of one’s bandage.” Worrying in “The Serious Artist” (1913) how “desire often overshoots the power of efficient presentation” and calling for “something like ‘maximum efficiency of expression.’” In “Date Line” (1934) calling language the “most efficient registering material” for “knowledge of the human consciousness.” The repeat’d insistence that such-and-such “saved me a great deal of time.” Pound: “Language is not a mere cabinet curio or museum exhibit.” Though, reading Lissa Wolsak’s terrific Squeezed Light: Collected Poems 1994-2005 (Station Hill, 2010) some months back, I did begin to think just that, with its array’d vocables, goodly odd-stuffs to peer at:

disinterest in the speech of

untroubled and smiling an

from a living lion

stoops to dig a root

That out of Wolsak’s “Pen Chants, or nth or 12 Spirit-like Impermanences.” So that, encumber’d by the syntactical tightness of my own lines, a moment for the rehearsals of sprawl and flocculence did arrive. I intend’d a piece call’d “The Ten Thousand Things”—leaning up against Thomas Sprat’s reverie of a perfectly efficient lingual Arcadia: “a constant Resolution to reject all Amplifications, Digressions, and Swellings of Style; to return back to the primitive Purity and Shortness, when Men deliver’d so many Things, almost in an equal Number of Words.” That, and Cecil—not Frederick—Taylor’s audaciously seeing in “each note . . . a continent, a world in itself.” Abandon’d after roughly twelve hundred or so words / things. Here’s two:

inventory of the portable self             each containment’s hundred

dip of the goldfinch     the Chinese call’d it “ink play”

pokeweed in the reticent field of     mole-color’d gauze 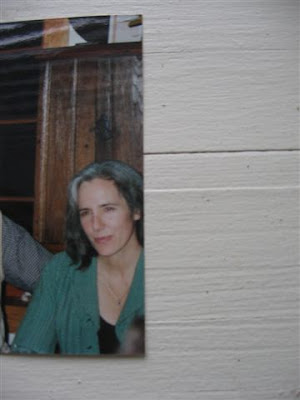