Some intermittent Faustian gibberish, unmalign’d. “Crazy weather.” The allure of manic vocables, rough stertorous snuffling or wee reeking iactantia intempestiva (meaning: untemper’d jactancy), all that high-blood’d song, it’s chutzpah and oomph. Wind shear in the galactic disc, my singular star approaching the sun’s velocity, trammel’d by Oort’s constant, or Oort’s limit: any constant is a limit. (Trying to cut through the usual “game”—making the wilderness of borrow’d voices drop its ordinary regimen and travail: one way of “gearing up.”) Edmund Wilson—in Axel’s Castle (1931)—quotes Valéry saying that literature’s become “an art which is based on the abuse of language—that is, it is based on language as a creator of illusions, and not on language as a means of transmitting realities. Everything which makes a language more precise, everything which emphasizes its practical character, all the changes which it undergoes in the interests of a more rapid transmission and an easier diffusion, are contrary to its function as a poetic instrument.” Wilson, paraphrasing: “Just as the development of mechanical devices has compelled us to resort to sports in order to exercise our muscles, so literature will survive as a game as a series of specialized experiments in the domain of “symbolic expression and imaginative values attained through the free combination of the elements of language.” Dull enough. Wilson a reader of Wittgenstein? Nein. Philosophical Investigations, wherein Wittgenstein talks of the “language-game” (Sprachspiel): print’d in 1953. Valéry’s remarks recall Williams, in a piece call’d “Preface to a Book of Poems by Harold Rosenberg”—intend’d for Rosenberg’s 1942 volume of poetry, Trance Above the Streets, and un-used, “possibly because Williams could find so little favorable to say”—out of Something to Say. Williams makes distinct “the line” and “the sense, the didactic, expository sense”: “The meaning is the total poem, it is not directly dependent on what the poem says.” And, aiming, per usual, a dexterous inoculatory against the influenza of the not-so-feverish Brits:

Where the formal make-up is too heavily ridden by what is said we are likely to get into bad habits of thought. The line becomes an implement merely for stressing the explanatory statements and we fall inevitably into the error, so recently popularized by the English exiles to America, especially Auden, when he says that all writing is an instrument, an appliance. As a matter of fact no first-rate work of art can be described as an appliance. Man is the instrument; the poem, the whole poem—when it is “realized”—subordinates man and becomes “the word.”

Lapse into narcissism, a regular Kinbote. What’s the matter with capital’s what’s the matter with “me.” Meaning, “us” of la poesía norteamericana, fœtidly “free” to make each a “singular” mess. (Throwing down dice against my own truculent inheritance.) What is “style”? Robert Duncan, one of the late entries in The H. D. Book:

Style is an effort to exorcise or to control the magic or glamour of sound in music, stone in sculpture or evocation in words. The effort in style is to increase an awareness of the rationale of the works. Thinking now of the lure of women’s hair and dress, we see that in periods of style women cut their hair or keep it most in place, and that style in dress means the effortful projection of effect—all aims at increasing our awareness of what is there as a thing in itself. . . . Lure is the opposite of style; the sentence and thought must wander to distraction before the reader becomes hopelessly involved. And hopeless involvement is the underlying psychic need of the magician. Had magic intended power over all things it could have found power, but the deep desire the magician hides from himself is the bewilderment he seeks. Lucifer does not betray, he brings to light our secret wishes to be undone.

A field of the mad-blight’d
dogs of intelligibility, sturdy couriers
of what not to expect.
Behind the story’s “thrust” is
a man thinking about yellow
acacias, or how the sun
looks like a silk blouse
just out of the wash.
Fuck that. A story’s a
palm’d orb, a fiery-color’d
globular sac pitch’d with intent,
an ornery cuss blood’d with
capillary networks that fan out
against the albumin light, making
spending global and coagulatory. Like
capital. Here in the city,
convergences of eulalias grab sex
arcanas off the instructor’s clip-
board, husbandry is for money.
Like that. Fuck capital. Inconsistency
is rolling into Lubbock, Texas
with a dapper canary. Blithe
merch, accessible as a swarm.
The bread in the grocer’s
tubs is angelic and white:
heaven itself is heaving out
its broke-down chronic fiat
against clampdown, bullying, and dystopia.
No use. The mad chirren
go madder, an unheard-of
rose. That century’s gone, sweet-
meat, my cheat, today’s story
is how implacably the poor
bait and sucker the poor. 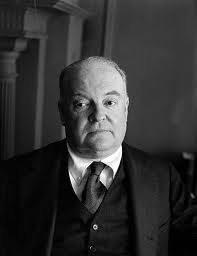