H. D., somewhere in End to Torment: A Memoir of Ezra Pound, refers to talk of Pound’s “appropriating, stealing lines and phrases from Greek, Latin, mediaeval and oriental poets, and building a nest like a magpie”: “It asserted . . . that the effect was astonishing and ‘make it new’ had vitalized a host of lesser satellites.” H. D.:

I feel the process is that of a Phoenix, rather than of a magpie. There is fragrance. What did he write? “Myrrh and olibanum”? I said, “You catch fire or you don’t catch fire.”

Pound’s “myrrh and olibanum” out of Canto XC, the one beginning “‘From the colour of nature / & by the nature the sign!’ / Beatific spirits welding together / as in one ash-tree in Ygdrasail.” A constructivist joinery temper’d by (guided by) nature’s template. And: “Out of heaviness where no mind moves at all / ‘birds for the mind’ said Richardus, / ‘beasts as to body, for know-how’”—sketching the original Latin of one early Church father, Richard St. Victor, elsewhere render’d “Watch birds to see how the mind works . . . animals for outside things.” I am tempt’d to make of H. D.’s “You catch fire or you don’t catch fire” an expressivist (Romantic) nudge, a minor canticle to the limits of the assemblagist’s work. “Myrrh and olibanum” shows up

on the altar stone
giving perfume,
and where was nothing
now is furry assemblage
and in the boughs now are voices
grey wing, black wing, black wing shot with crimson
and the umbrella pines
as in Palatine
as in pineta.

Smoke (“furry assemblage”) of incense—Pound, with Sheri Martinelli, used to burn the stuff in St. Elizabeths—and what emerges out of it (a Roman landscape of Pinus pinea and—it’s likely—Corvidae). Something out of nothing (boost’d by, catalyzed by an initial joinery? or by the combusting itself? see H. D.’s “Phoenix”).

Dawdling, of late, back into The H. D. Book, uncover’d out of the stacks of things that make a skip-rickety corridor to my work table. Duncan, talking of the poetry of Provence (“divided into an orthodox language of single meanings and an heretical language where meanings were united in a spiritual double-entendre”), quoting Pound, revving the old antagonisms (out of The Spirit of Romance):

We find this poetry divided into two schools; the first school complained about the obscurities of the second—we have them always with us. They claimed, or rather jeered in Provence, remonstrated in Tuscany, wrangle today, and will wrangle tomorrow—and not without some show of reason—that poetry, especially lyric poetry, must be simple; that you must get the meaning while the man sings it.

Duncan’s reply: “Where there was, some objected, a willful obscurity, there was for others a matrix of meanings.” That matrix, oddly enough, is what Duncan finds in the works of the Theosophist Madame Blavatsky:

Isis Unveiled and The Secret Doctrine, midden heaps that they are of unreasonable sources, are midden heaps where, beyond the dictates of reason, as in the collagist’s art, from what has been disregarded or fallen into disregard, genres are mixed, exchanges are made, mutations begun from scraps and excerpts from different pictures (“2100 quotations . . . without proper credit”) to form the figures of a new composition. In the conglomerate that Blavatsky gathered, things of disparate traditions whirl and take on new shapes for the conscious imagination, separated from their contexts and credits, tainted with foreign meanings.

It’s as if Duncan were speaking of The Cantos, or of the collages of Jess Collins. The H. D. Book itself proceeds in part by “midden heap” (originally, a dump for domestic refuse, a “kitchen midden”) making. Duncan deftly deposits lines out of Freud’s Civilization and Its Discontents—

Since the time when we recognized the error of supposing that ordinary forgetting signified destruction or annihilation of the memory-trace, we have been inclined to the opposite view that nothing once formed in the mind could ever perish, that everything survives in some way or other, and is capable under certain conditions of being brought to light again, as, for instance, when regression extends far back enough . . .

—with its marvelous attempt’d metaphor of Rome become “a mental entity with just as long and varied a past history,” a palimpsest (“on the Piazza of the Pantheon we should find not only the Pantheon of today as bequeathed to us by Hadrian, but on the same site also Agrippa’s original edifice; indeed, the same ground would support the church of Santa Maria sopra Minerva and the old temple over which it was built . . .”), a “Penetralium of mystery,” against (next to) “the grand project of the Oxford English Dictionary”: “. . . in the study of language, the same sense of all times indwelling in our time or of the essential person of each in man indwelling in every period of man’s history takes over.” The OED’s first volume appears in 1882. Duncan makes it part of a paradigm shift: “the English language was revealed in layers of usage laid bare, even as the city of Rome had been excavated by archeologists or the Earth by geologists. ‘The past’ of our words, once it was acknowledged, entered into the present of their meaning.” Meaning, something like Olson’s “These Days”—“whatever you have to say, leave / the roots on, let them / dangle // And the dirt // Just to make clear / where they come from”—is previously nigh-inconceivable. 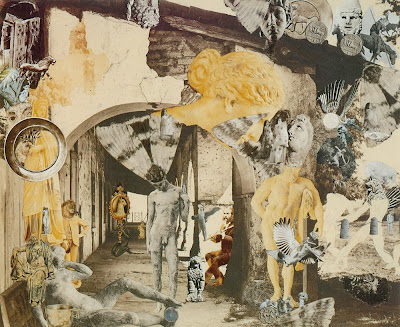 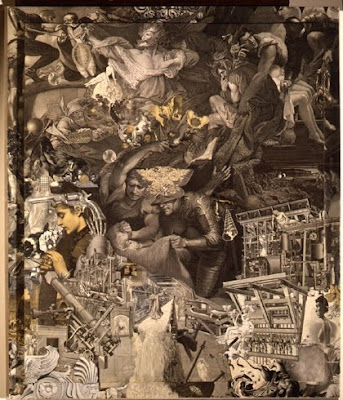 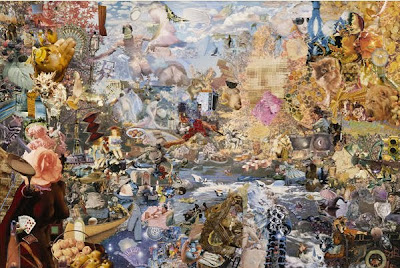