Meteoric shoots of forsythia suckering up into the reaches whilst the groundling daffodils dodge the cut-purses, and ooh and ahh predictably, one-penny marks. “Nothing in that drawer.” Pound’s “Man is an over-complicated organism. If he is doomed to extinction he will die out for want of simplicity.” (That—out of Guide to Kulchur—coming hard behind Pound’s note concerning “the defects or disadvantages of my Cantos.” Being only: “the defects inherent in a record of struggle.” So that “defect” becomes a kind of cupidity, unremitting.) Isn’t that the thing lacking in the constructivist messes? All that seamlessness of making—or seaminess—all sutures, rough-join’d, in plain sight à la New Sentence-ry with its pre-planned aporias, the somnolent regularity of its sentence by sentence deferrals. Fix’d in its niggling, it “inheres” to no man, no particular man. The contending (if it exists) is merely between particulars: no longer is it—Pound’s model—between maker and emergent form. A pertinence (out of the new issue* of Paul Vangelisti’s OR), a terrific piece by Martha Ronk:

After a while so much has happened there are no more words
or it’s hard to force them or the mismatch more entirely obvious as
off in the distance someone is ringing the doorbell and ought to be let in
or the furnace switches on as the nights grow cold as slippery water
slips in its pipes and what this is taken together, which is how it comes,
lacks the sort of organizational lexicon necessary to the faint at heart.
The lists Homer made of trees, the catalog of ships, seem crucibles
in which the factual nature of things burns us and more and more
it makes sense to make lists of battles and their dates,
to memorize the names of those gone, each photographed with a cigarette,
staring off into the dust and the queer yellow light reflected off it
so that the term “unreal” becomes a necessary ploy
to dull the shocks that flesh is heir to.

The “ploy” of a “term” or the “organizational lexicon” of the “list”—devices thrown up as barricades against the world’s onslaught and drubbing. Better to work under the signs of “ex tempore” and “pro re nata” undaunt’d, untrammel’d by the pre-regulatory lean of a method beyond the dodge one of the winsomely fleet. Pound points to technique’s being “the test of a man’s sincerity” and calls for “the trampling down of every convention that impedes or obscures the determination of the law, or the precise rendering of the impulse.” I’d argue that includes one’s own predetermined sortie. Isn’t that O’Hara’s oomph in “Biotherm”? “I am guarding it from mess and measure”—balancing a tightrope between the “how it comes” and (here) Williams’s sense of “measure”—particularly that at the end of Paterson, Book Five:

The measure intervenes, to measure is all we know,
a choice among the measures   .   .
the measured dance
“unless the scent of a rose
startle us anew”
.   .   .
Yo ho! ta ho!
We know nothing and can know nothing   .
but
the dance, to dance to a measure
contrapuntally,
Satyrically, the tragic foot.

It is that ending (with its ellipsis’d out midriff—quoted thus by Hugh Kenner at the end of a review of Williams’s Paterson, Book Five and I Wanted to Write a Poem in the May 1959 Poetry that I suspect O’Hara’s mocking with the later “Biotherm” lines: 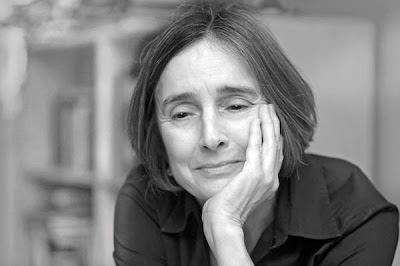 Puttering, I put things
off with a semi-
valiant intent to do
what needs doing with-
out delay, practical, vett’d,
sober. Or I pull
a “big umbrella” rain
hat off the rack,
march with the square-
jaw’d constructivists, pulling no
necessary punches, withholding no
cry against the hazards
of a state security
apparatus newly equip’d with
mambo Darth Vader trappings,
insane riot-adducing gear
for the routine crowd
control, domestic, of post-
fútbol Saturday night barrio
toots, or the hotel
workers local’s measly picket
line with its hand-
letter’d signs and nigh
unintelligibly bullhorn’d chorus of
demands. A regular pawn-
shop hero I am,
all illegitimacy and hope
pared down to despair.
I think of Kierkegaard
who says, “The doubter
is like a lash’d
top. He remains upright
only whilst the throttling
continues, and is unable
to stand erect without
it.” Or the enormous
fib of Kafka: that
necessity for “a goal
one makes one’s way
towards by undergoing every
kind of unhappiness.” Anxiety
lies in the hock
shop retrieval, itching among
heap’d up arrangements of
hockey skates and Nancy
Drew books, the piety-
inflict’d owner yakking it
up about Agamemnon, presumably
the cat who’s extending
one lazy orange paw
out of the nether
regions of a hutch. Who
snatches it back at
the noise of my
sneeze. Anxious, out of
angere, to choke. I
am choking, I am
choking off all gum-
shoe affability and making
for the border south
where rage isn’t just
another uneasy commodity when
the pinch is in.