Of H. D.’s spare, cut, wrung out “Hellenism,” the “Greek perfection” style. Edward Sapir, reviewing Collected Poems in 1926, notes its “voluptuous harshness.” And suggests: “Such violent restraint, such a passionate pleasure in the beauty of the denuded scene and the cutting thrust, themselves but inverse symbols of caress, could only develop in a culture that hungers for what it despises.” A curious remark: one suspects Sapir of unknowingly making a gender’d appraisal. (Try applying the remark to Pound’s restrain’d work circa Ripostes &c.) Though: one is bemused by the minor contretemps between H. D. and Williams regarding something like “purity of style.” H. D. in The Egoist in 1915, talking about translating Euripides:

While the sense of the Greek has been strictly kept, it is necessary to point out that the repetition of useless ornamental adjectives is a heavy strain on a translator’s ingenuity. This is only one instance from many where the Homeric Epithet degenerates into what the French call a remplissage—an expression to fill up a line. Such phrases have been paraphrased or omitted.

To find a style by cutting fat off the Greek. And in remarks concerning Euripides’s Ion in 1937, H. D. says: “The broken, exclamatory or evocative vers-libre which I have chosen to translate the two-line dialogue, throughout the play, is the exact antithesis of the original.” Williams himself, in the 1918 “Prologue” to Kora in Hell: Improvisations quotes H. D.’s letter of 14 August 1916 regarding Williams’s long poem “March”:

I trust you will not hate me for wanting to delete from your poem all the flippancies. The reason I want to do this is that the beautiful lines are so very beautiful—so in the tone and spirit of your Postlude (which to me stands, a Nike, supreme among your poems). I think there is real beauty—and real beauty is a rare and sacred thing in this generation—in all the pyramid, Ashur-ban-i-pal bits and in the Fiesole and in the wind at the very last.
I don’t know what you think but I consider this business of writing a very sacred thing!—I think you have the “spark”—am sure of it, and when you speak direct are a poet. I feel in the hey-ding-ding touch running through your poem a derivative tendency which, to me, is not you—not your very self. It is as if you were ashamed of your Spirit, ashamed of your inspiration!—as if you mocked at your own song. It’s very well to mock at yourself—it is a spiritual sin to mock at your inspiration—

And: “We look for deliverance . . . from the desolation of a flat Hellenic perfection of style.” According to Williams, the excess is the improv: “The hey-ding-ding touch was derivative, but it filled a gap that I did not know how better to fill at the time. It might be said that that touch is the prototype of the improvisations.”

One looks at Williams’s “Postlude” for a sign of what H. D. sought. In the 1914 Des Imagistes version (facing Amy Lowell’s “In a Garden”—“Gushing from the mouths of stone men / To spread at ease under the sky / In granite-lipped basins / Where irises dabble their feet . . .” oh my . . .):

Now that I have cooled to you
Let there be gold of tarnished masonry,
Temples soothed by the sun to ruin
That sleep utterly.
Give me hand for the dances,
Ripples at Philae, in and out,
And lips, my Lesbian,
Wall flowers that once were flame.

Your hair is my Carthage
And my arms the bow
And our words arrows
To shoot the stars,
Who from that misty sea
Swarm to destroy us.
But you’re there beside me—
Oh, how shall I defy you
Who wound me in the night
With breasts shining
Like Venus and like Mars?
The night that is shouting Jason
When the loud eaves rattle
As with waves above me
Blue at the prow of my desire!
O prayers in the dark!
O incense to Poseidon!
Calm in Atlantis.

(“With breasts . . . Like Venus and like Mars” deserves its heave of a disgrunt’d “oh my . . .” too.) “March” begins with nigh-sedentary conversing, staunchly refusing the lyric outburst: “Winter is long in this climate / and spring—a matter of a few days / only,—a flower or two picked / from mud or from among wet leaves / or at best against treacherous / bitterness of wind, and sky shining / teasingly, then closing in black / and sudden, with fierce jaws . . .” Ambling talk—“a matter of,” “at best”—hardly mocking, hardly “hey-ding-ding.” Its third part begins—

See!
Ashur-ban-i-pal,
the archer king, on horse-back,
in blue and yellow enamel!
with drawn bow—facing lions
standing on their hind legs,
fangs bared! his shafts
bristling in their necks!

Sacred bulls—dragons
in embossed brickwork
marching—in four tiers—
along the sacred way to
Nebuchadnezzar’s throne hall!
They shine in the sun,
they that have been marching—
marching under the dust of
ten thousand dirt years.

Now—
they are coming into bloom again!
See them!
marching still, bared by
the storms from my calendar
—winds that blow back the sand!
winds that enfilade dirt!
winds that by strange craft
have whipt up a black army
that by pick and shovel
bare a procession to
the god, Marduk!

One thinks of Pound’s “The Return”—“See, they return; ah, see the tentative / Movements, and the slow feet, / The trouble in the pace and the uncertain / Wavering!” Duncan quotes H. D. (out of Tribute to the Angels) saying, “Every hour, every moment, has its specific attendant Spirit.” One thinks H. D.’s “spark” is concern’d as much with such supposed genii as with speaking “direct.” It is, certes, what Duncan finds in H. D. Though Duncan sees, too, how the makeshift and gaps and flaws of any weaving become “qualities of the whole, of the real.” In a rather confusingly work’d out metaphor of “netting”—“History is a close-weave. Fishing for the event,” and “The dragon is created in the creation of the net . . . the imagination is flung out to come into its figures”—Duncan attempts to keep both Williams’s improvisatory and “excessive” “hey-ding-ding” and H. D.’s rejecting of it:

When we first come into the attraction of words in poetry, it is the craft of the net, the novelty of usage, the knot effect, often, that strikes us. We mistake the effect for the art. Style and signature most valuable, and the direct, uncharacterized speech, uninteresting. The “flippancy,” the up-to-dateness or regular guy voice of Williams’s language—the risk of those knots, the craft, the thing posed—appears interesting in itself. To be original. To challenge the communal thing. . . .
To tie fancy knots and to contrive a greater show of our abilities. But all these original knottings are mistaken, are “hey-ding-ding”—“lead nowhere” the common sense is—if they are all novelty, things of 1920, not lasting forces. The knots that are flames are not originalities, but origins.

Prestidigitatory feint and recovery: “not originalities, but origins.” 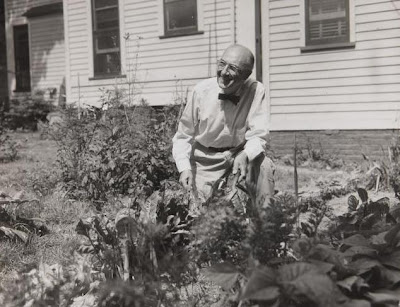