Out and about, scissoring off a stretch of high orchards, rolling between Paw Paw, Michigan and Hammond, Indiana, with repeat’d intermittent wheelings. Sandhill cranes flying. A redtail in a scrubby elm, Dutch’d to a stick. Collect’d debris of the road pull’d like hosiery up and across the bumps and knots of the weekend, sheer, to fit. Like a nail bang’d into an ice-block: making a potable by mere insistence. Read: Gérard Gavarry’s Hoppla! 1 2 3 (Dalkey Archive, 2009), translated by Jane Kuntz. One story repeat’d thrice under three titles, besmatter’d each with a pertinent lingo: “The Coconut Palm,” “The Cargo Ship,” “The Centaur.” Story of one Ti-Jus—son of African immigrants, inhabitant of a housing project in Ris-Orangis, south of Paris, mother (Bessie) cashier in a big-box supermarché, father (Celestin) stunned by melancholy or wholly cancel’d out and unmanned by destiny—who murders one Madame Fenerolo, manager of the SUMABA supermarket. I think briefly of Meursault shooting the Arab under the unbearable sun that day. Gavarry’s title’s out of Brecht’s Threepenny Opera:

In that noonday heat there’ll be a hush round the harbour
As they ask which has got to die.
And you’ll hear me as I softly answer: the lot!
And as the first head rolls I’ll say: hoppla!

Polly Peachum singing the song of “Pirate Jenny” with its threat of vengeance against all constraint. (As Frank O’Hara puts it: “Those / were intricate days.”) The heart-stopping restraint of Gavarry’s prose, its way of gathering up a billowy white cumulus against threat. Here, out of the middle of “The Cargo Ship”:

Paris, like the suburbs, had experienced its moment of hail. Right from the first few seconds, it sounded as though icy machine-gun pellets were going to shoot through car hoods, shatter windshields and glass canopies, rip through awnings. Cars all came to a halt, and when unable to find haven in the scant space of some bus shelter, or else take refuge in the metro, pedestrians huddled under porch canopies and cornices, as stunned by the sudden strangeness of the urban landscape around them as they were by the frenetic humming of the hailstones.
The sky having changed back to a less solid state, traffic resumed. Shelters emptied out. Once again, the city resounded with its usual driving, walking, rush hour garrulousness. One street, however, or a section of street, in the Quinze-Vingts neighborhood, was slow to return to normal. No vehicles were crowding the road, except for the ones that were parallel parked; no engines were revving up for departure . . . Nevertheless, from anonymous bystander to anonymous bystander, there soon manifested a desire for contact. Looks were exchanged, signifying “So you noticed it, too?” . . . Smiles of denied anxiety began to show through their worried looks: a fleeting phenomenon, as though the usual inertia slowing all urban hustle and bustle to an irritable crawl had now solidified entirely, bringing people to a complete halt . . . The question “What’s going on?” was now displayed on every face, made manifest by every body. Left unanswered, the question evolved into “Is there something brewing?,” then “Will it be something serious?,” and then “Where will it come from?” They watched the skies, as though fearful it might rain down acid or salt, corrupting the waters of the earth. Ears pricked up in expectation of the unlikeliest sounds from neighboring streets: weeping and wailing, mooing, crying and croaking, all of which would reach a pitch testifying to the most unspeakable agonies, or even an overall regression of the species itself . . . Chirring clouds of locust, then blue-black bolts of venomous bluebottle flies, and anopheles mosquitoes, were all going to pour out of the darkening sky, invading everything, devouring everything, poisoning everything; or perhaps, out of sight, millions of killer bacteria were already at work on people’s flesh . . . No one moved.

The arrival, so pointedly prepared, is of Ti-Jus and three friends: “They took up the entire breadth of the street.” Impeccable sense of how racially alarming the European “street” itself finds the physical ease of the boys. And the odd impenetrable lingo, here render’d in “cargo ship” terminology: “They shortened boatswain into bosun or into simply bos . . . They spoke of lining the windlass, of stowing and slackening the hawser. . . . ‘All scuppers open! . . .’” (So, too, in “The Coconut Palm,” the boys interject with words like Nucifera and spadices and “the coir of a drupe”—coconut argot, botanically inflect’d. A way of “making strange.”) There’s a terrific paragraph or so wherein Gavarry connects the rampant physical, the animal, with the hoppla! blurt and jactancy of language-making. Here:

We hear it, we alone, a muffled stirring in the body’s prison, an utterance anxious for release from our flesh, but that we retain, captive, for although we’d like to believe it belongs to us, or is part of ourselves, we suspect it to have been implanted deep within us by some malign force—a force that has always reigned there, supreme, or else, via some ruse, which has insinuated itself gradually, and now rules incognito. Should this utterance happen to escape, suddenly inhabiting the open air, resounding in our own voice, we would fail to recognize it, would grow afraid, feel ashamed, as though we had forgotten how to use language; or else, if we were able to puzzle out the meaning of those sounds, we would find that we had been reproducing the very same words that reveal us to be rough beasts, compounding our shame—and the fear that would soon moisten our skin and make our hair sticky would indeed bring out our most animal odors.
This is why we keep quiet, why we endure the visceral dilations and constrictions, the spasms, the feelings of stifling, and, in general, all the varied frustrations occasioned by suppressed speech; why we identify not with the animals that speak, but rather with our own muteness, as well as with certain sensations and sounds: the blowing of the wind around our male bodies, the sharp, hurried hammering of our steps beneath us, the eruption of our urine, its drumming against the metallic flooring or doormats. 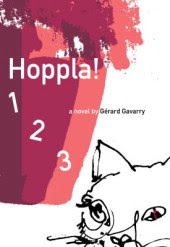