Unpreparedness’s dash’d down many a faulty ship, so I climb aboard my own wooden shoe. (The fat moon-wedge sagging like a hammock in the sky.) Marianne Moore repeats Sir Francis Bacon’s line: “There is no excellent beauty, that hath not some strangeness in the proportion.” Making me think of something something Blake: no use. Nose in the dirt. Not, certainly:

When this Verse was first dictated to me I consider’d a Monotonous Cadence like that used by Milton & Shakspeare & all writers of English Blank Verse, derived from the modern bondage of Rhyming; to be a necessary and indispensible part of Verse. But I soon found that in the mouth of a true Orator such monotony was not only awkward, but as much a bondage as rhyme itself. I therefore have produced a variety in every line. both of cadences & number of syllables. Every word and every letter is studied and put into its fit place: the terrific numbers are reserved for the terrific parts the mild & gentle, for the mild & gentle parts. and the prosaic, for inferior parts; all are necessary to each other.     Poetry     Fetter’d.     Fetters the Human Race. Nations are Destroy’d, or Flourish, in proportion as Their Poetry Painting and Music, are Destroy’d or Flourish!

Recalling something something Pound: no use. In a 10 March 1916 letter to John Quinn, Pound says of Blake “that W.B.Y. is always going on about!!!!” that Wyndham Lewis’s got him “scotched to a finish.” Nose, again, in the dirt. All connects broke down. Moore—who loves to delect by divulging any tiny and precise preciosity, any agreeably quaint thing pull’d down off a shelf—says, too, of Bacon, that he “defines moss as “a rudiment between putrefaction and an herb.” (Bacon does so in reporting how “Salomon the king . . . is said to have written a natural history of all that is green from the cedar to the moss”—thus: “the same Salomon the king affirmeth directly that the glory of God is to conceal a thing, but the glory of the king is to find it out, as if according to the innocent play of children the divine Majesty took delight to hide his works, to the end to have them found out.”) Dr. Johnson defines moss simply: “A plant.” Though he quotes Bacon’s Sylva Sylvarum: “Moss is a kind of mould of the earth and trees; but it may be better sorted as a rudiment of germination.” Bacon’s propensity to define turn’d to “Poesy”:

Poesy is a part of learning in measure of words for the most part restrained, but in all other points extremely licensed, and doth truly refer to the imagination; which being not tied to the laws of matter, may at pleasure join that which nature hath severed, and sever that which nature hath joined, and so make unlawful matches and divorces of things . . .

In Johnson’s Dictionary (“The art of writing poems”) one sees how trammel’d Bacon’s pleasure in such “unnatural” severance and joinery got in the supply’d Dryden quote:

How far have we
Prophan’d thy Heav’nly gift of poesy?
Made prostitute and profligate the Muse,
Debas’d to each obscene and impious use,
Whose harmony was first ordain’d above
For tongues of angels . . .

Out of Dryden’s “Ode to the Pious Memory of the accomplished young lady, Mrs. Anne Killigrew, excellent in the two sister arts of Poesy and Painting.”(Johnson’s homage to Dryden points to how “the veneration with which his name is pronounced by every cultivator of English literature, is paid to him as he refined the language, improved the sentiments, and tuned the numbers of English poetry.”) Dryden the refiner. The “Ode” continues: “O wretched we! why were we hurried down / This lubrique and adult’rate age / (Nay, added fat pollutions of our own), / T’increase the streaming ordures of the stage?” Hints of the quash’d “ordures” uprising under every refinery surface. So goeth unpreparedness, floody and unrepentant. 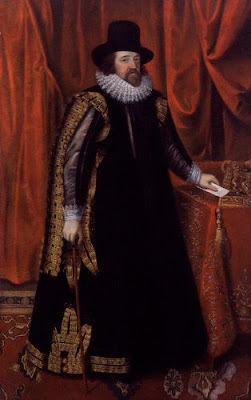