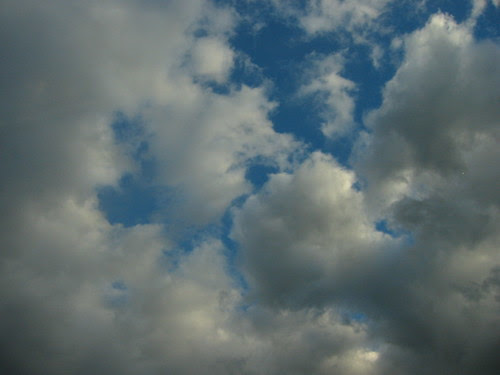 1
When I speak of mysticism, or of painting, or of the theater, I speak with the detachment and obligation with which a free-thinking amateur judges all things.
When the subject is literature, I think of books, and that robs me of the ability to judge. I must be shaken out of my physical absorption in books as out of a swoon; only then, and most reluctantly, overcoming a faint distaste, can I take part in literary conversations that touch not on books but on any other aspect—on readings of literary works, say, or poets, or schools, or new trends.
Never, under any circumstances, would I of my own free will cross the boundary separating the territory of vital concern from the territory of amateur lack of concern.

2
Contemporary trends assume that art is like a fountain, when really it is like a sponge.
They have decided that art ought to gush, but it ought, rather, to suck up and absorb.
They assert that art can be divided into categories according to means of representation, when actually it is composed of organs of perception.
Art must always remain among the spectators and see things more clearly, more truthfully, more perceptively than the others, but in our day it has resorted to using face powder and dressing rooms and displaying itself on the stage. It is as if there were two forms of art and one of them, knowing that it holds the other in reserve, allows itself the luxury of perversion, which is tantamount to suicide. It makes a display of itself when it ought to get lost in the top gallery, in anonymity, and be unaware that it cannot help being discovered, that while shrinking in the corner it is afflicted with a glowing translucence, the phosphorescence that goes with certain diseases.

3
A book is nothing but a cube of hot, smoking conscience.
It was assumed, in the not-so-distant past, that a book’s episodes were invented. That is a misconception. What need has a book of inventions? One forgets that the only thing within our power is the ability to keep the voice of truth within us undistorted.
The inability to find and speak the truth is a failing that no talent for speaking the untruth can disguise.

6
. . . In setting the fancy free, poetry inevitably stumbles upon nature. The real world is the only source that, once having been successfully drawn upon by the imagination, never ceases to feed it. This goes on and on, constantly proving its validity. As a source it is reliable, profound, always alluring. There is never a letdown on the morning after. It renders the poet a far greater service than models and patterns . . .

I think: how different that “cube of hot, smoking conscience” is, put up against Pound’s “The book should be a ball of light in one’s hand.” I think of Frank O’Hara’s early (1952) address to Pasternak at the end of “Snapshot for Boris Pasternak” (“A photograph must do for greeting in its rain”):

Dear Master, as time pushes us towards the abyss
that’s sharp as a sledge hammer, let always
your prayer be perverse and gratuitous, a
volcano in the lengthening bandyleg of truth
so far from fountains that the sun’s outdoors
choking on its own white fur and black tongue
and whispered wrist. Do not dismiss me, sad
that I am in your world, as your eyes rip
in the perfect light of fame, as you permit earth
completion in vicarious mortality, like poetry.

Unstopping, ever incomplete poetry’s “stoppingness” (like the earth’s) a permit’d (perversely, gratuitously—hence an abyss may be “sharp as a sledge hammer”) thing, vicarious its end, whilst the eyes (attending) continue to “rip.” (See art’s “glowing translucence, the phosphorescence that goes with certain diseases.”) O’Hara begins another piece—late, dated 7 July 1962, call’d “Political Poem on a Last Line of Pasternak’s” with “‘A certain person’s epoch’s burning’”—a line lift’d out of a poem call’d “M. T.” (undoubtedly Marina Tsvetayeva), translated by J. M. Cohen:

You’re right to turn your pockets out
and say: ‘Look, rummage, fumble.’
I don’t care what makes the mist damp.
Take anything—say a March morning.

The trees in their smooth overcoats
stand upright on the gamboge soil, though
it’s a certain bet the branches
have hardly strength to bear their wrappings.

Dew throws their twigs into a shudder;
like a merino’s fleece they ripple.
Dew runs shivering like a hedgehog
with a dry haycock on its nose.

I don’t care whose the conversation
I catch, as it floats in from nowhere.
That anything—the yard in springtime,
when it’s all muffled up in mist.

I don’t care what’s the cut of clothes
fashion thinks proper for my times.
They tack up anything—a dream, say,
in which they’ve calked the poet up.

Through many sleeves, turning and turning,
he whirls like smoke out of one fateful
epoch’s holes into another
still more impassable deed-end.

Steaming, he’ll rush out through the chinks
Of fate, that he’s squashed to a pancake.
His grandsons say, as if ’twere peat:
‘A certain person’s epoch’s burning.’

Off a couple of days. 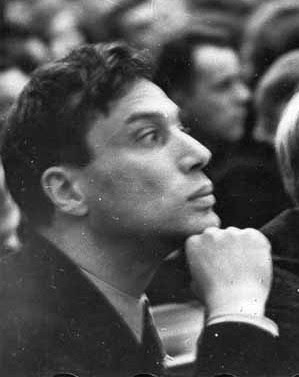 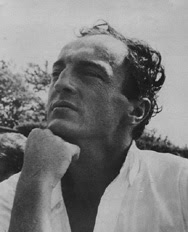