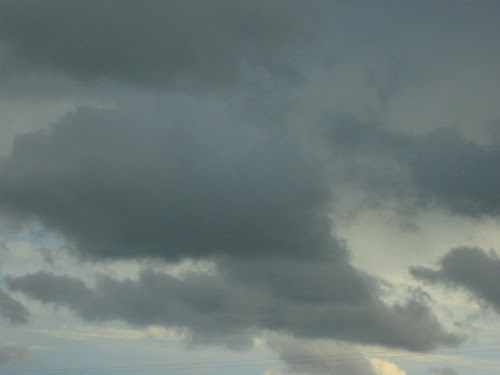 Scattery and desultory reading, “atavistic” reading, or gregarious reading. One thing pointing to a flock of others, reading unraveling, butting up against itself, its circularity. Ford Madox Ford talking about Stephen Crane (who own’d dogs named Soap, and Flannel, and Sponge—Conrad’s dog is Escamillo, presumably “after” the toreador in Georges Bizet’s Carmen), and Crane’s rose, plant’d in Sussex where Crane lived in 1899, renting a 14th century stone house call’d Brede Place, just down the road, near Rye, where Henry James hem’d and haw’d interminably, and Winchelsea, where Ford inhabit’d a “white Canadian frame house”—Ford, who knew a thing or two about agriculture, too, (mid-Crane reportage Ford’ll point out how leather—boots, particularly—serves “to manure” the roots of various vines, and figs: “if you want to plant a fig tree you should plant it with its roots in an old leather portmanteau. You will have wonderful figs”) liked to return to Crane’s rose (“blooming, being a monthly rose, though there was actually snow on the cropped turf between the clumps of gorse”) after Crane, dying of tuberculosis, took off to Badenweiler, in the Black Forest, with common-law wife Cora (who had a “history” of being madam of a “house” call’d “Hotel de Dream” in Jacksonville, Florida), feebly, and uselessly. Ford wrote of Crane’s eyes: “They were large, like a horse’s.” Too, mid-something or other about the British Liberal Gladstone, Ford inserts a delicious morsel: “(Brillat Savarin says that the perfect lunch consists of a small slice of turbot au gratin, a glass of sherry and a slice of thin bread and butter.)” So one veers, in prevaricatory exhilarance. Picks up Edmund White’s 2007 Hotel de Dream. Here one finds Crane liking

to mock everything foreign in American expatriates, especially their linguistic affectations. The more Henry James fluted away like an English matron, the more Stevie when around him tried to sound like Daniel Boone or Andrew Jackson. Of course there was a serious concern buried under the tomfoolery; he was always so worried he’d forget the authentic American voice, that he’d start sounding like a limey, or like nothing at all. That was the worst: linguistic limbo.

And, White’s version of the young Crane (c. 1893) staying in the old Art Students League ramble that ran along E. 23rd Street (where one beam carry’d words out of Emerson’s “Heroism” Crane took up: “Adhere to your own act, and congratulate yourself if you have done something strange and extravagant and broken the monotony of a decorous age”):

Everyone teased me for sitting the whole time with a lit but unsmoked cigarette smoldering between my yellow-stained fingers. They teased me about everything—my rumpled clothes, my fascination with women in red dresses, my sentimental verses, my banjo playing, my rapacious way of grabbing a magazine or book to pluck it clean of quaint phrases or queer facts and then cast it aside, for I was too impatient (and too chary of being influenced) ever to finish a book. I thought of myself as an aesthete, or rather a sensibility in ragged trousers, and I didn’t want to learn or acknowledge or appreciate. No, I just wanted to be jostled by language as one might be shouldered aside by pedestrians scurrying up Broadway.

Reading and tossing, the piecemeal omnivore. I like how a piece by Ford, collect’d under the title “On Obsolete Words”—though seemingly repeat’d in a number of places (like many of Ford’s anecdotes) goes somewhat counter to White’s Crane the collector. Ford writes how he recalls

hearing Stephen Crane . . . with his wonderful eyes flashing and his extreme vigour and intonation, comment upon a sentence of Robert Louis Stevenson that he was reading. The sentence was: ‘With interjected finger he delayed the action of the timepiece.’ ‘By God, poor dear!’ Crane exclaimed. ‘That man put back the clock of English fiction fifty years.’ I do not know that this is exactly what Stevenson did do. I should say myself that the art of writing in English received the numbing blow of a sandbag when Rossetti wrote, at the age of eighteen, The Blessed Damozel. From that time forward and until to-day . . . the idea has been inherent in the mind of the English writer that writing was a matter of digging for obsolete words with which to express ideas for ever dead and gone. Stevenson did this, of course, as carefully as any Pre-Raphaelite, though instead of going to mediaeval books he ransacked the seventeenth century. But this tendency is unfortunately not limited to authors misusing our very excellent tongue. The other day I was listening to an excellent Italian conférencier who assured an impressed audience that Signor D’Annunzio is the greatest Italian stylist there has ever been, since in his last book he has used over 2,017 obsolete words which cannot be understood by a modern Italian without the help of a mediaeval glossary.

Two things. Apparently the Stevenson line in question, out of the short story “Markheim,” actually reads “that piece of life had been arrested, as the horologist, with interjected finger, arrests the beating of the clock.” And there’s a story that G. K. Chesterton tells somewhere, that the same objection to “interjected” was made by George Moore. (Ford continues, raconteur par excellence, with a contrary—opposing and sassy—comment about “Mr Ruskin’s Epithet”: “On one page of one of Mr Ruskin’s books I have counted the epithet ‘golden’ six times. There are ‘golden days,’ ‘golden-mouthed,’ ‘distant golden spire,’ ‘golden peaks’ and ‘golden sunset,’ all of them describing one picture by Turner in which the nearest approach to gold discernible by a precise eye is a mixture of orange red and madder brown.”) 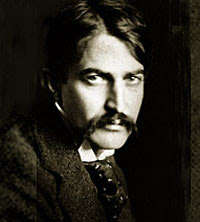