Ford Madox Ford (out of Parade’s End): “to wallow in your own phrases, to be rejoiced by the savour of your own shrewd pawkinesses, to feel your rhythm balanced and yet sober—that is a pleasure beyond most, and an inexpensive one at that.” Caught: the sheer ghostly “exertium” of writing and re-writing, that taut athleticism, skint and manner’d and robust. Reading Ford—who rail’d against the failures of the British novel for the “mere relating of a more or less arbitrary tale so turned as to insure a complacent view of life” (complacency rebuff’d precisely by the pawky, the impeccably “fit”)—recalls reading Pynchon: the underlying contempt for the seemingly inexorable plutocracy of the mediocre; the plotz’d way one deposits, offhandedly, sizeable dippers of arcana mid-story; the essential rebuff to the status quo of the weltanschauung; the unquench’d and ravenous ear for speech. (There’s, too, in Parade’s End, a character—a maid—with the Pynchonesque name of “Hullo Central.”) See Ford’s outburst regarding Christopher Tietjens and Valentine Wannop strolling ensemble (“gallant youth and fair maid, minds cluttered up with all these useless anodynes for thought, quotation, imbecile epithets . . . unable to talk”):

Each knew the names of birds that piped and grasses that bowed: chaffinch, greenfinch, yellow-ammer (not, my dear, hammer ! ammer from the Middle High German for “finch”), garden warbler, Dartford warbler, pied-wagtail, known as “dishwasher.” (These charming local dialect names.) Marguerites over the grass, stretching in an infinite white blaze; grasses purple in a haze to the far distant hedgerow; coltsfoot, wild white clover, sainfoin, Italian rye grass (all technical names that the best people must know: the best grass mixture for permanent pasture on the Wealden loam). In the hedge: Our Lady’s bedstraw, dead-nettle, bachelor’s button (but in Sussex they call it ragged robin, my dear), so interesting! Cowslip (paigle, you know, from old French pasque, meaning Easter): burr, burdock (farmer that thy wife may thrive, but not burr and burdock wive!); violet leaves, the flowers, of course, over; black briony; wild clematis: later it’s old man’s beard; purple loose-strife. (That our young maids long purples call and literal shepherds give a grosser name. So racy of the soil!) . . .

That’s a narrator (closely align’d to Tietjens) completely “took” by the useless, even in mid-mockery. Helplessly delivering weal beyond story: momentarily he’ll report how Tietjens (“in high good humour”) heaves out a “God’s England . . . ‘Land of Hope and Glory’” only to permit him—Tietjens, getting some yucks in—to immediately score its imbecility thus: “F natural descending to tonic, C major: chord of 6-4, suspension over dominant seventh to common chord of C major . . .” A random fossick in all vitesse of Pynchon’s Against the Day uncovers the Reverend Moss Gatlin’s ministerial exordium (witness’d by Webb Traverse) to workers in the backroom of some faro joint:

“For dynamite is both the miner’s curse, the outward and audible sign of his enslavement to mineral extraction, and the American working man’s equalizer, his agent of deliverance, if he would only dare to use it. . . . Every time a stick goes off in the service of the owners, a blast convertible at the end of some chain of accountancy to dollar sums no miner ever saw, there will have to be a corresponding entry on the other side of God’s ledger, convertible to human freedom no owner is willing to grant.
“You’ve heard the suggestion that there are no innocent bourgeoisie. One of those French Anarchists, some say Emile Henry as he was going to the guillotine, others say Vaillant when they tried him for bombing the Chamber of Deputies. Answering the question, how can anyone set off a bomb that will take innocent lives?”
“Long fuse,” somebody hollered helpfully.
“Easier with a timer!”
“Think about it,” when the remarks had faded some, “like Original Sin, only with exceptions. Being born into this don’t automatically make you innocent. But when you reach a point in your life where you understand who is fucking who—beg pardon, Lord—who’s taking it and who’s not, that’s when you’re obliged to choose how much you’ll go along with. If you are not devoting every breath of every day waking and sleeping to destroying those who slaughter the innocent as easy as signing a check, then how innocent are you willing to call yourself? It must be negotiated with the day, from those absolute terms.”

One’d argue—with some justice—that Ford’s ornithological and botanical tags be rather off the mark of Pynchon’s obligatory anarchy: though each holds to a clear percept, no moral hijinks, akin to Pound’s “sincerity” (ch’êng)—“The precise definition of the word, pictorially the sun’s lance coming to rest on the precise spot verbally.”

Funny how I nick’d off into the stacks, leaving, for the copy of Parade’s End and found (juste à côté) Charles Henri Ford’s Water from a Bucket: A Diary 1948-1957 (Turtle Point, 2001). Found myself reading it in lieu of “the Hueffer Ford.” Ford, born (according to Lynne Tillman’s prefatory remarks, there’s apparently some in Hazelhurst, Mississippi in 1908—is noted for launching two magazines (the 1929 Blues, The Magazine of New Rhythms and the American surrealist quarterly View, co-edit’d with Parker Tyler, 1940-1947), for collaborating (again with Parker Tyler) on what’s been call’d “the first gay novel,” The Young and Evil (1933), and for numerous books of poems, some proto- or post- mechanistic cut-up things (depending if one begins with Tzara or Gysin). Ford (entry of May 1950):

Experience in fabricating . . . Here’s my method: having made a list of dictionary words, words which struck a spark in my fancy, for one reason or another (reasons I do not stop to define), I make combinations of these words into phrases which may be used, as the subjective or objective parts of a sentence. After the phrases are made I divide them into two groups, object and subject. This morning there were twelve in each group; I laid the typed slips face down on the table. I also had a list of verbs, mostly active, which I typed and put in a box, all shuffled up. Next I proceeded to form my sentences—“Superstitions of Grottaferrata”—by choosing blindly, at hazard, a subject-phrase, then the verb, then the object-phrase. Example results:

The results (predictably) nigh precisely as recherché, strain’d, and phony as those of today’s Flarf-fuel’d practitioners. It’s the gossip and milieu and peeks at the workings of Pavel Tchelitchew (Ford’s partner through the period of the diary) that one reads Water from a Bucket for. That and Ford’s blunt unconstrain’d joy. (“It’s not doing the things one wants to do—even if considered a vice, like opium-taking—that makes one age, but doing things one doesn’t want to do.”) Or: “A stack of paper and a bunch of pencils, and don’t look back.” That voraciousness, vim. So one greets the Sitwells (Edith and Osbert) arriving on the Queen Elizabeth at Pier 90, West 59th Street: “She carried a stick, wore a green felt hat with feathers leaning over towards the front, furs and cat-skin mittens. Osbert had around his neck a black and white large-checkered wool scarf. . . . They had 16 pieces of luggage between them, and by the time everything got there and was examined by the Customs Inspector (Edith had to pay 85¢ for importing a few copies more than 6 of her book on Shakespeare!) and we got to the car, three exhausting hours had passed.” One assists at the 1948 Life photographing of the Sitwells amidst other poets gather’d at the Gotham Book Mart (W. H. Auden, Elizabeth Bishop, Marianne Moore, Delmore Schwartz, Randall Jarrell, &c.): “Osbert and Edith sat on a bench and I was asked to sit at their feet between them and afterwards Brion Gysin came up to me and said, ‘You were in the Sitwells’ lap,’ and I said, ‘That’s the way it should have been—in the lap of the gods.’” (Ford complains to one of the Life editors that Gore Vidal “never wrote poetry.”) Lots of mots: Osbert Sitwell saying: “We are all someone else’s bore.” 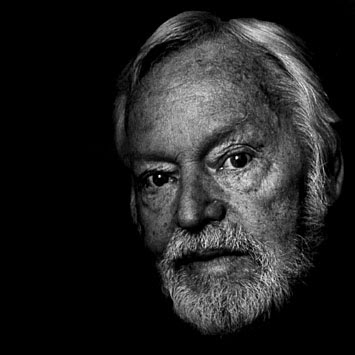