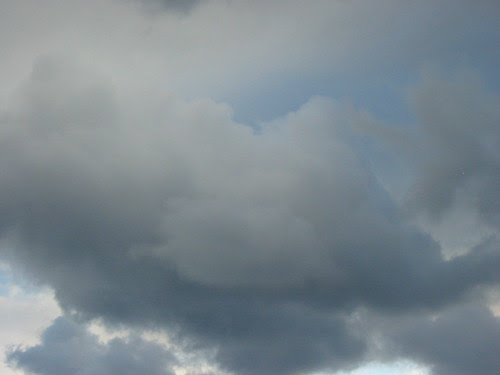 Fill’d with up-
surges of vatic
oratory or its
pointedly fey accompanist,
mute and sybilline
desire, Mallarmé’s mardi
is not Melville’s
Mardi, I know
that. Zola’d commandeer’d
the Thursday slot.
Watery grog ordinaire
and a Chinese
pot of tobacco
offer’d the divagatory
musts and lathers
whilst a calico
cat sniff’d at
the noisy gas
jet and resumed
its presumptuous loitering.
‘Despotic bouquin!’ Mallarmé’d
shout suddenly, or—
en anglais—‘Tuesday
Weld!’ and off
he’d go, morose
and Orphic, trying
to fit all
the ‘pure rhythmic
motifs of being’
under a single
binding, a vice
laid out bare.

An hebdomadary of it, a drear continuity, teasing out one’s crude tendency for tedium and compleynte, looking at nothing straightly, dilatory and spurning: that’s probably enough of that. Considering, like Mallarmé, the writing merely the endrayghte (see the French endroit) wherein language finds itself performing. There’s that sort of helplessness, spruced up by the line. Baudelaire’d say, blunt and reptilian, ditching dogma, putting the writing at the source of history: “La poésie a existé, s’est affirmée, et elle a engendré l’étude des régles. Telle est l’histoire incontestée du travail human.” [“Poetry exist’d, assert’d itself, and engender’d the study of rules. Such is the uncontest’d history of human efforts.”] The writing. Edicts of an obsédé. Dog sniffing a pee-drill’d hole in the snow. And what if one were to change the “endrayghte”? To the solitary canary-color’d legal pad, to the dog-ear’d notebook? See William Blake (out of Jerusalem), that favor’d quote of Marshall McLuhan:

(Blake adds: “Consider this, O mortal Man: O worm of sixty winters . . .” putting a chill spin to the closing, ineluctable and fraught.) My machine’d percepts, light-writ. Where’s the unholy sting of earth, of solder’d and grommet’d tin helmets butting at the iron-studded oak door? Where’s the grit-lip curl of intaglio’d steel? We sail recondite and wobbling off the cliffs of our perpetuity, angling for the sun. The sun in the machine, its cursory spectre. Blake:

The Spectre is the Reasoning Power in Man; & when separated
From Imagination, and closing itself as in steel, in a Ratio
Of the Things of Memory, It thence frames Laws & Moralities
To destroy Imagination, the Divine Body, by Martyrdoms & Wars.

When this Verse was first dictated to me I consider’d a Monotonous Cadence like that used by Milton & Shakspeare & all writers of English Blank Verse, derived from the modern bondage of Rhyming, to be a necessary and indispensable part of Verse. But I soon found that in the mouth of a true Orator such monotony was not only awkward, but as much a bondage as rhyme itself. I therefore have produced a variety in every line, both of cadences & number of syllables. Every word and every letter is studied and put into its fit place; the terrific numbers are reserved for the terrific parts, the mild & gentle, for the mild & gentle parts, and the prosaic, for inferior parts; all are necessary to each other. Poetry Fetter’d, Fetters the Human Race.

Feeding the cataleptic inertia (that “modern bondage”) with words, uxorious words, a uncontrolled-blowback op. Helplessness in the choked interstices of history. No clearings made (wherein to scratch lollingly at pensivity’s bothersomes) beyond these rabid and clockwork “heapings up.” That’s the contagion. Mallarmé (out of a letter to Eugène Lefébure, 17 May, 1867):

My work was created only by elimination, and each newly acquired truth was born only at the expense of an impression which flamed up and then burned itself out, so that its particular darkness could be isolated and I could venture ever more deeply into the sensation of Darkness Absolute. Destruction was my Beatrice.

That’s the crucible. Suffering a “terrible choking spasm” (8 September, 1898), Mallarme, thinking it’d “return during the night and finish me,” wrote a letter wherein he instruct’d the burning of “the heap of my notes, fifty years’ worth . . . since not one sheet will be of any use.” It did. 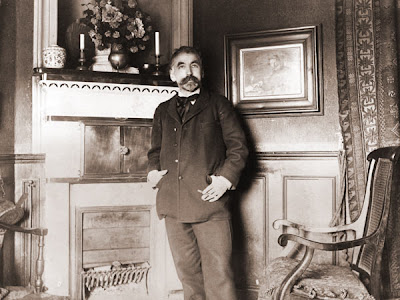