Somewhere in Jaimy Gordon’s terrific Lord of Misrule (McPherson & Company, 2010), Maggie Koderer—“the frizzly hair girl”—says (she’s rubbing down the recently snip’d horse Little Spinoza—“two grayish-pink, wet, egg-like bodies, sparsely threaded with blood vessels, lay in the grass”), muttering: “sex is a kind of slavery at best, I mean it’s a great thing, kind of like religion, original religion, I mean that old-time religion you can grab with your senses, but the long and short of it is, you as you get burned away . . .” A fraught and recurrent thing, that burn and dispersal: there’s a tremendous longing for its approach, that sudden merger and loss, the human succumbing, become pure corporal receptor and spark. Gordon: “She had to slow down time, go into a kind of trance state where sweet electricity pooled at her nerve endings like nectar on the pistil of a honeysuckle.” Or: “You dangled from a headland, black empty space rushing by, and suddenly you were across.” Or Maggie seeks “a willed death of talky ratiocination up there under the pigtails.” Or: “It was a kind of honeyed sleep, with only a thread of something repulsive about it that she could not pluck out.” Early in the narrative—working at the penny-ante (and small fry gangster-run) track call’d Indian Mound Downs somewhere in West Virginia with her outwardly domineering and volatile boyfriend Tommy Hansel (“there was a kind of spinning emptiness in him where things like sensible fear should be”), Maggie’s rubbing liniment into a “slant-eyed bump-nosed horse” (with a “famously long back”) by the name of Pelter:

It was true she had no scientific reason to believe she knew what she was doing, but surreptitiously she did think so. For all her stamina, as a human girl she knew she was lazy and unambitious, except for this one thing: She could find her way to the boundary where she ended and some other strain of living creature began. On the last little spit of being human, staring through rags of fog into the not human, where you weren’t supposed to be able to see let alone cross, she could make a kind of home.

Is it because I read all the boundary-jumping quotes here—“To quote a text means to interrupt its context” says Walter Benjamin, meaning to lend it to some kind of new (alien) intelligibility—as direct kin to what writing (the “best” writing, like the “best” sex) does? (I recall Lou Robinson in Napoleon’s Mare: “Why does everybody talk about the body? All the best states leave it behind. It is a launching pad, a jetty.” Something I am guilty of quoting abruptly “before.”) Ah, that one ought to write “out of” that final “little spit of being human.”

One enormous pleasure of Gordon Misrule: her impeccable ear for speech, and for the appurtenances of a trade (see Father Hopkins’s “Pied Beauty”: “And áll trádes, their gear and tackle and trim.”) One sees it immediately, in the opening of the book:

Inside the back gate of Indian Mound Downs, a hot-walking machine creaked round and round. In the judgment of Medicine Ed, walking a horse himself on the shedrow of Barn Z, the going-nowhere contraption must be the lost soul of this cheap racetrack where he been ended up at. It was stuck there in the gate, so you couldn’t get out. It filled up the whole road between a hill of horse manure against the backside fence, stubbled with pale dirty straw like a penitentiary haircut, and a long red puddle in the red dirt, a puddle that was almost a pond. Right down to the sore horses at each point of the silver star it resembled some woebegone carnival ride, some skeleton of a two-bit ride dreamed up by a dreamer too tired to dream.

“Where he been ended up at.” One is plunged (willingly, ineluctably) straight into the world of Medicine Ed, septuagenarian black gaffer (“on the racetrack since he was eight years old”) and minor visionario (“He had seen a sparrow with blood red wings . . . [that] looked up and asked him a question, in a language he could almost understand”), keeper of a lore of ampoules and syringes and risks in a “little side operation” at the track. Ed’s doctoring summary makes a lovely catalogue:

The blue ampule was bute. If you missed the vein with it, the horse would have a goiter hanging off his neck for three days and he was a scratch. The red ampule was ACTH—Medicine Ed could have easily read those letters, if that’s what was wrote there, but instead a name as long as your arm wrapped round the little bottle. It was some kind of tropical harmony, for all hormones, he had learned, have to do with the lost harmony. Electrolytes came in a little blue and silver sac like a lunch bag of potato chips. The aspirin pills were loose in the bottom of the bag, white and as big around as a quarter. Oral bute was white too, but longer and squared off at the ends, like little rowboats, or coffins. Bucha leaves brought forth piss. The asthmador mix, smoldered under a horse’s nose, drew long glistening ropes of mucus from his sinuses. But butazolidin was the fast luck oil round here, bute, the horseman’s Vitamin B.

Perfect, that pills’d resemble little coffins, just the way it’s perfect that a mound of straw-stuck horse manure’d resemble a “penitentiary haircut.” Too, one admires Gordon’s commanding rhythmic nonchalance: how floppily a line like “the horse would have a goiter hanging off his neck for three days and he was a scratch” uncoils to its sudden pinch-off, how emphatically “Bucha leaves brought forth piss” cuts loose (a “Raid Kills Bugs Dead” echo—hints of the ominous in the list). Oddly enough, Medicine Ed’s “doctoring” knowledge includes “various ways to set a person crazy”—providing another short list of measures somehow kin to Maggie’s desire / fear of the you’s being “burned away.” Thus:

A drilled coconut with his name inside and thrown into a river put a person on a long drag and a drift until his mind get to wavering and go away. A rayroad spike through his clothes keep him a-going and a-going, can’t get no rest and never satisfied nowhere he goes. Or his name on a paper in a rotted apple and buried, then he just fall. Can’t figure out nothing . Get what you call like mindless before he do go.

There’s a taut plot to Lord of Misrule (that element I inevitably neglect, preferring to cotton to the sentence-ry), and a passel of extraordinary characters—Joe Dale Bigg and horse-kick’d kid, Biggy Bigg, jockies Earlie Beaufait (“twitchy as a chihuahua even in repose”) and Jojo Wood (“a little worse than run of the mill”), the blacksmith Kidstuff and stall man Suitcase Smithers, and the self-appellated “racetrack financier”—and, unbeknownst to Maggie, uncle—Two-Tie, with aging dog Elizabeth (“She was history-minded: she wanted a piece of every dog who had come before her to every landmark, the whole roll call, every tuft of grass at the foot of the loading platform by the old natrium plant, every pile of boards or lost truck part in the fringe of weeds along the shore at the four-car ferry, every corner stump or clump of pee-bleached iris on the shaggy line where front yards ended in pavement.”) Sentence-ry. Sentence-ry and sudden lyric fervours. Here, to conclude: some kind of anthemic hosannas for the lowly bean:

Three pounds of beans, three cans of beer. Three cloves of garlic, mashed to a xanthous pulp. Three smoked ham hocks, purple-striped, stiff, and reeking, like obscene little baseball socks. Cider vinegar. Thyme honey. Hammered pepper. McNinch’s Loosiana Devil Aged Intensified Chili-Water (From an Olde Family Receipt). In her family house (her mother had hardly cooked and had died young), dry beans had been unknown, and Maggie could believe that the lifelessness of her childhood had had something to do with that fact, for surely sterile luck follows the exile of the bean. Beans, as the Pythagoreans knew, were the temporary lodgings of souls on the highway of transmigration. They sprouted beanstalks to giants in nameless upper regions. They were lots in the lottery for Lord of Misrule and his lady, king and queen of Saturnalia, when the order of the world turned upside down. They were cheap. They were proverbial. They were three blue beans in a blue bladder. They wouldn’t give two beans. They didn’t amount to a hill of beans. They weren’t babkes—which also meant goat turds . . . 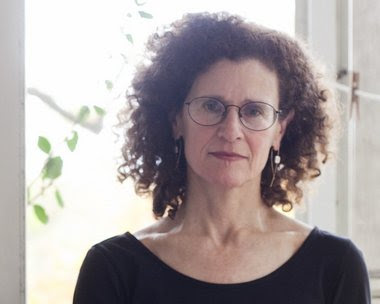