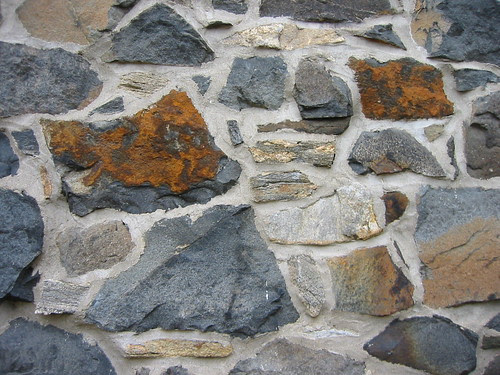 Zonal tubers, flea-
bane, a requiem
for Hacienda Marv’s
Mock Relish, defunct.
Arm’d with some
anachronism like plum-
butter, he mingled
with the boys
who lent savvy
histrionics to what’s
subsequently become known
as “the occasion”
by belting out
a few choruses
of Gypsy, c’est
moi . . . “Ten million
supple-finger’d gods.”
“Bluff’d not by
drain-pipe, gasometers . . .”
The plangency of
trying to see
time’s own brute
materiality in grease
congealing the off-
white color of . . .

Snot, one’d say, or sperm. (Where is it someone in Shakespeare shouts out a “Fie, painted rhetoric!”) Reading around in the new Philip Guston Collected Writings, Lectures and Conversations (University of California Press, 2011): here’s something out of a conversation with Clark Coolidge:

cc:     . . .that’s a quality of the act of painting, to get something down. Everything that’s in the sense of that phrase. To make it stay there. To stop it, in a sense. Like that book, to make it be there. Maybe that’s part of the original impulse for making a mark at all. To have a part of yourself, an act of yourself, be on the world.

pg:     That’s right. Well, there’s something I think I’ll probably constantly keep vacillating or wavering between, movement and no movement. I think it’s true of my whole past, as far as I know my past, to be fascinated by the one and the multitudinous. Sometimes I’ll put a lot of forms into a picture and think: Why do I need all that? I really don’t need this multitudinous feeling of forms. The world is filled with multitudinous forms. I really am looking for one form, a static form, from which the multitudinous forms come anyway. Like that bulging book we’re looking at now. . . . There just something about having a single form which is there in a space. There’s no movement to speak of, visually. It’s just there, and yet it’s shaking, like throbbing, or burning or moving, but there’s no sign of it’s moving. Now that book, I may be reading my things into it that other people don’t see, but I don’t think so.

pg:     It vibrates! In other words, it’s like nailing down a butterfly but the damn thing is still moving around. And this seems to be the whole act of art anyway, to nail it down for a minute but not kill it. That’s what I mean. Whereas in the act of painting sometimes, when I don’t feel so all together, and I want to keep in motion, I’ll paint movement. I mean, I’ll just put down a lot of things. And finally that doesn’t satisfy me, and I always wonder why it doesn’t satisfy me. But it doesn’t sum it up for me. There’s no need for it. That is to say, instead of painting all those forms moving around in the pictures—what the hell, I could just as well pull up the shade and look out the window on the street. Why do I have to do it? I don’t have to do it on canvas, but I want to do what nature doesn’t do. I mean, I can look out and see trees blowing, wind moving, and things are happening. I don’t have to duplicate that. But what I don’t see is a single form that’s vibrating away, constantly, forever and ever and ever to keep vibrating. And that seems to be magical as hell, enigmatic as hell, really. Gee, I never said that before, that way. Now that book is really moving. . . .

“Languorously agitating.” Is there a little of O’Hara’s “Personism” in here, a work “evoking overtones of love without destroying love’s life-giving vulgarity”? “While I was writing it I was realizing that if I wanted to I could use the telephone instead of writing the poem . . .” A single form, like a single word:

A word Horace McCoy slaps defiantly down mid-course in Kiss Tomorrow Goodbye (1948)—“even when you are asleep you possess a kind of propliopithecustian awareness that enables you to know and very acutely feel certain things”—referring, likely, too, to how “when I don’t feel so all together, and I want to keep in motion . . .” So one does, continuing, vibratory, throwing it out (or down)—

. . . So co-
sign’d, affably, against
the unsinew’d petulance
of dispersal’s curt
shrug with a
word like grass
put down against
the moment, its
prodigious quiver into
a penury spent. 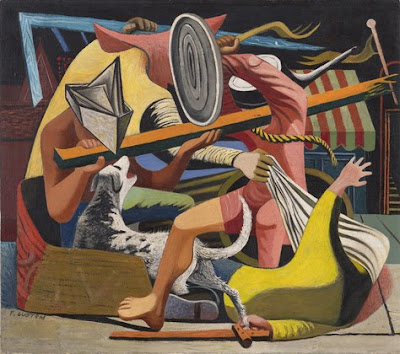 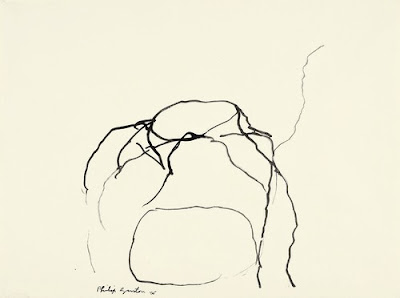 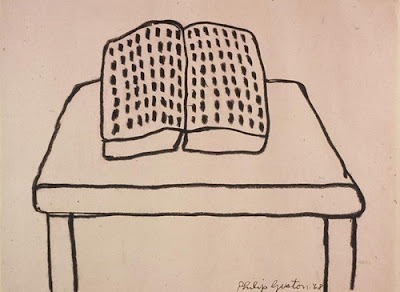 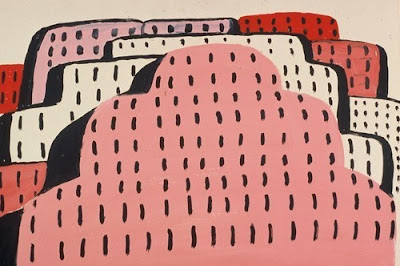 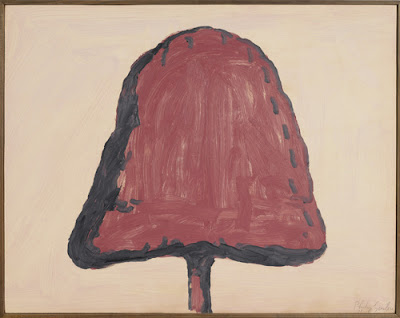 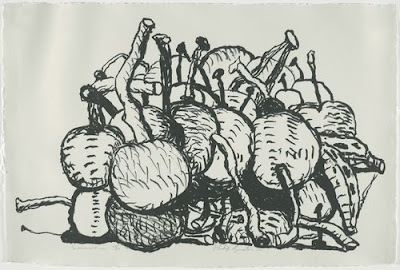 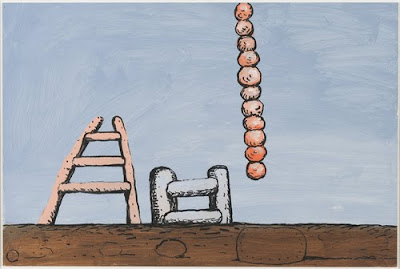 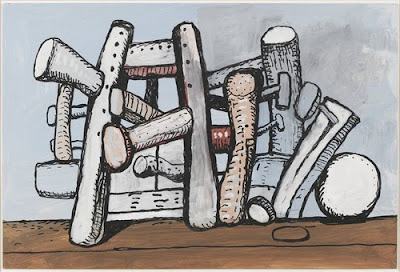 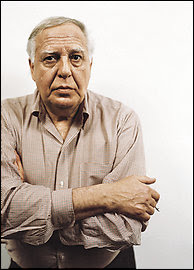